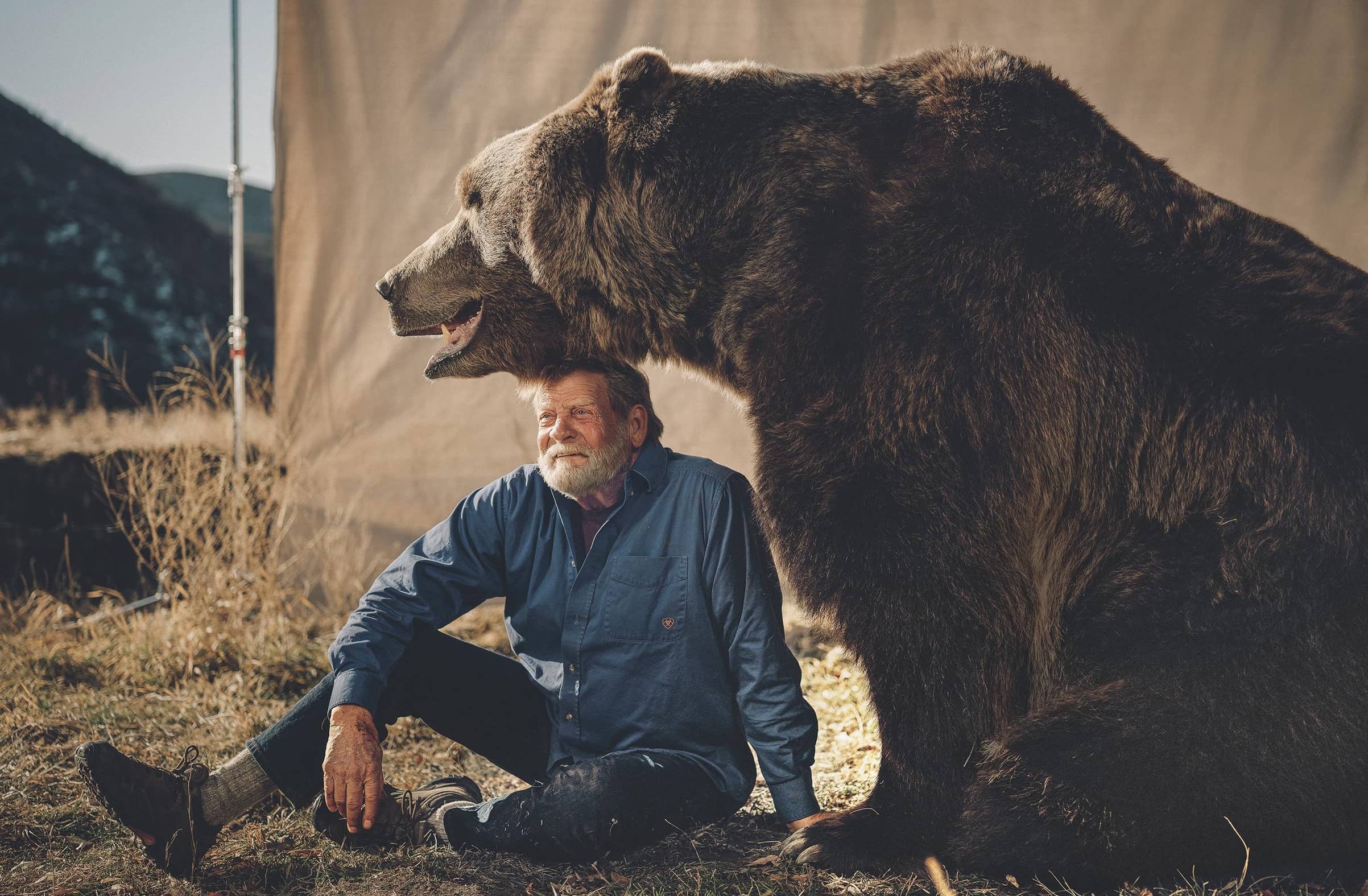 Doug Seus made his name by mastering a near-impossible and perilous feat: training grizzly bears for Hollywood films. Then he came up with a radical, equally ambitious plan to protect the species that he holds dear.

GRIZZLIES HAVE BEEN extinct in Utah for nearly a century, but there’s a giant one in Doug Seus’ backyard. When the bear sees Doug, it hurries through an open chain-link gate—and charges. A magpie swoops out of the way. The 1,250-pound bear closes in, stops, and rises to its nine-foot height. At age 78, Doug is still burly, but the bear, now just yards away, could easily knock him off his feet and ragdoll him around. Instead, the giant wraps its arms around Doug, delighted. The grizzly wants to play.

Seus, an animal trainer and a grizzly advocate, steps toward the bear, named Little Bart, and meets his embrace. Little Bart leans in, and they begin to waltz. Dressed in jeans and a red flannel shirt, Doug almost disappears next to the animal. When Little Bart wraps his jaws around Doug’s head, Doug pushes back. “Ahhh,” he says. “No.” Little Bart is getting carried away; Doug smacks his huge shoulders. Little Bart pulls back, releases Doug, and then swats him on the shoulder with a paw, as if to say, You know I was only funnin’.

There’s a good chance that if you’ve seen a wild animal in a movie or on television sometime in the past 40 years, Doug and Lynne Seus trained it in this backyard, outside Heber City, Utah. The couple has taught wolves to howl, raccoons to run up trees, and cougars to yowl on command. Their specialty, though, is the grizzly. They’ve trained four adults, an improbable feat: Bart, Little Bart (or Bart II), Honey Bump, and Tank. The movies The Edge, Evan Almighty, Into the Wild, and Legends of the Fall featured a Seus bear. In Season 3 of Game of Thrones, Jaime Lannister leaps into a pit to save Brienne of Tarth from being devoured by Little Bart. 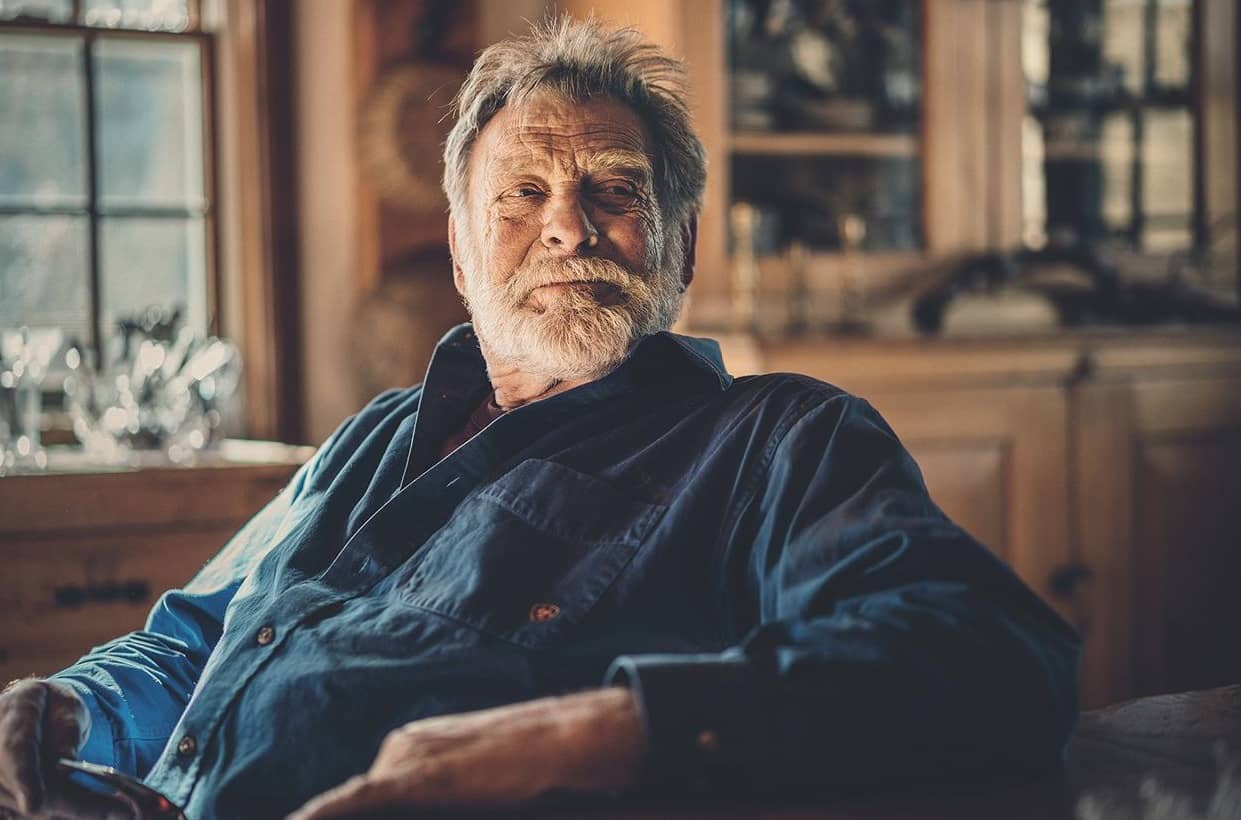 In December, Discovery Channel premiered Man vs. Bear, in which competitors face off against Little Bart, Honey Bump, and Tank in races, barrel-rolling, and other physical challenges. In one episode, Little Bart plays tug-of-war with a 170-pound MMA fighter—and yanks the guy into a pond within 14 seconds. On set, the Seus grizzlies were exemplars of professionalism, says Vincent Cariati, Man vs. Bear’s showrunner. “It wasn’t like you’re dealing with an untamed wild animal,” he adds. “They’re having fun.” 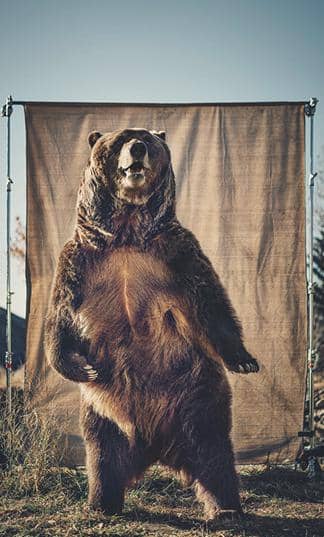 Over the past three decades, the Seuses have worked not only to train grizzlies but also to protect them. In 1990, they founded the Vital Ground Foundation, a nonprofit that has conserved 617,000 acres of private land—an area roughly the size of Olympic National Forest—for wild grizzlies. It has achieved this, in large part, by working with and convincing landowners to establish wilderness sanctuaries. It also purchases lands outright with money that the Seus bears generate in Hollywood and with donations that Doug, Lynne, and the grizzlies help to raise. “It’s astonishing how Doug and Lynne have translated their passion for bears to inspire wildlife enthusiasts across the nation,” says Ryan Lutey, Vital Ground’s executive director. 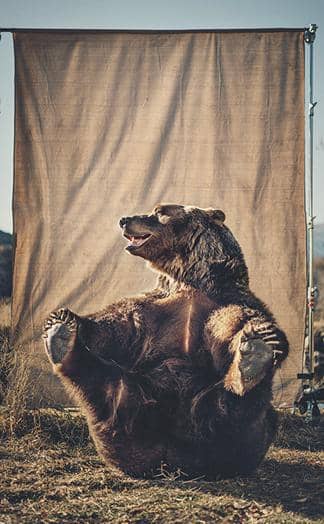 Vital Ground remains the only nonprofit dedicated to partnering with landowners to protect grizzly habitat. Despite its success, grizzlies no doubt remain in peril, and few people know this more acutely than Doug Seus. “I’m optimistic,” he says, “but it is urgent.” 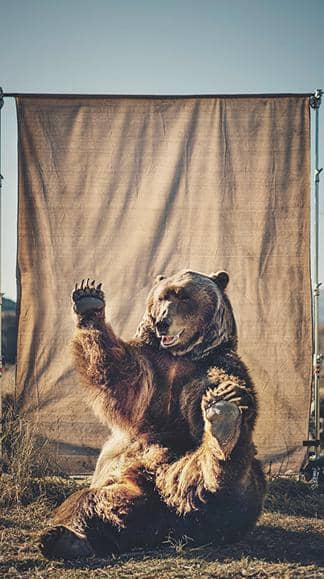 LITTLE BART, THE LARGEST of the three surviving Seus grizzlies, lives next door to Doug and Lynne in a giant modified doghouse that opens out onto spacious acres of yard; Honey Bump and Tank have their own spreads nearby. The three bears each consume about 30 pounds of raw meat, apples, and carrots a day.

The autumn day I visit, Doug spends an hour with Little Bart, going over the basics: stand, roar, headshake, booty shake. I watch from a lawn chair six feet away, on the other side of a single strand of safety wire. Doug spends anywhere from a few minutes to eight hours a day working with the bears, depending on how playful they’re feeling. “They’re so intelligent,” he says, “that we have to vary the routine to keep them interested.” Through the session, Little Bart’s eyes remain fixed on Doug. It’s as if he’s trying to bridge some gulf between them and at times is frustrated by his inability to share his joyfully.