Elegy for a Minivan 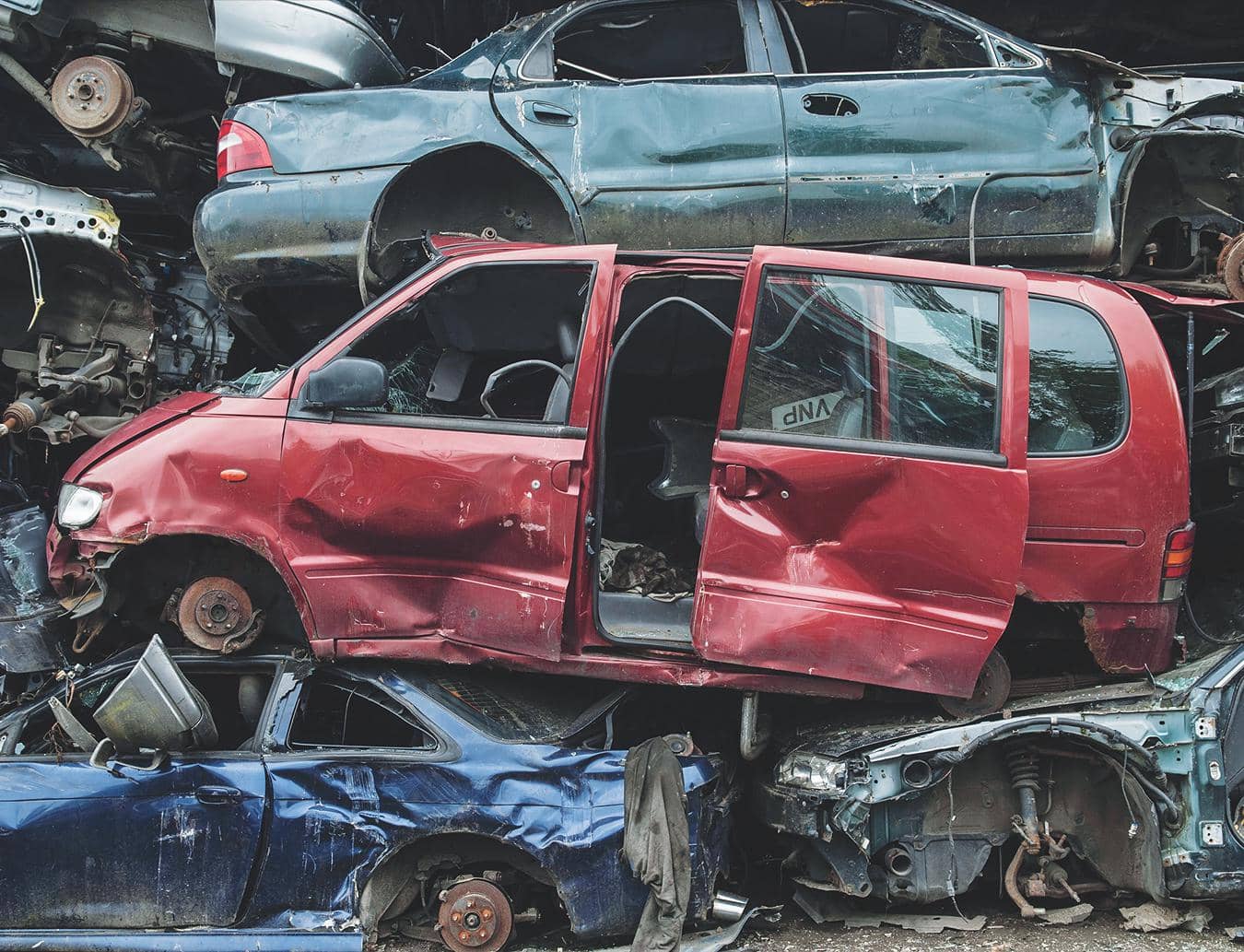 It was ancient, unlovely, emasculating. Anyone would have been happy to see it go. Instead, the demise of the van triggered a weird kind of midlife crisis.

THE LAST TIME I saw my minivan was at a wrecking yard in Richmond, California. Just a few yards up the road loomed one of the San Francisco Bay Area’s largest active landfills, the final resting place for everything plastic and unrecyclable. It seemed like an appropriate place for a car to die. My ex-wife and I signed our names and transferred the title. I posed for one last picture next to the van and then hitched a ride home with my ex.

I had scoffed several months earlier when an obscure regional government agency sent me a letter offering a thousand bucks if I agreed to take my 1996 Nissan Quest off the road. I was no reckless polluter! My minivan had never failed a California smog inspection. The odometer broke a few years back, so I can’t say exactly how many miles were on the car, but the total was surely under 200,000. It seemed greedy and disrespectful to put the old warrior down at the first whiff of a state handout.

But then, a few months later, the engine overheated. My mechanic told me that the cooling fan was busted, which would be a $500 job. He also noted signs of long-term engine wear. Without rebuilding the entire engine, he said, there was a chance the minivan could seize up randomly on the freeway. When your mechanic tells you to stop giving him money, it’s time to listen. So I called the government agency and made a date for the minivan’s dismantling.

Then I started moping around as if my dog had died.

Tears welled up on the minivan’s last trip to Costco. The sight of the spot on the driver-side windowsill where 20 years of my cocked elbow had worn away a soft patch, like marble steps in a church scalloped away by centuries of worshippers, filled me with gloomy awe. I considered the pile of Maxell UD XLII tapes on the floor and lamented: I’ll never own another car with a cassette player.