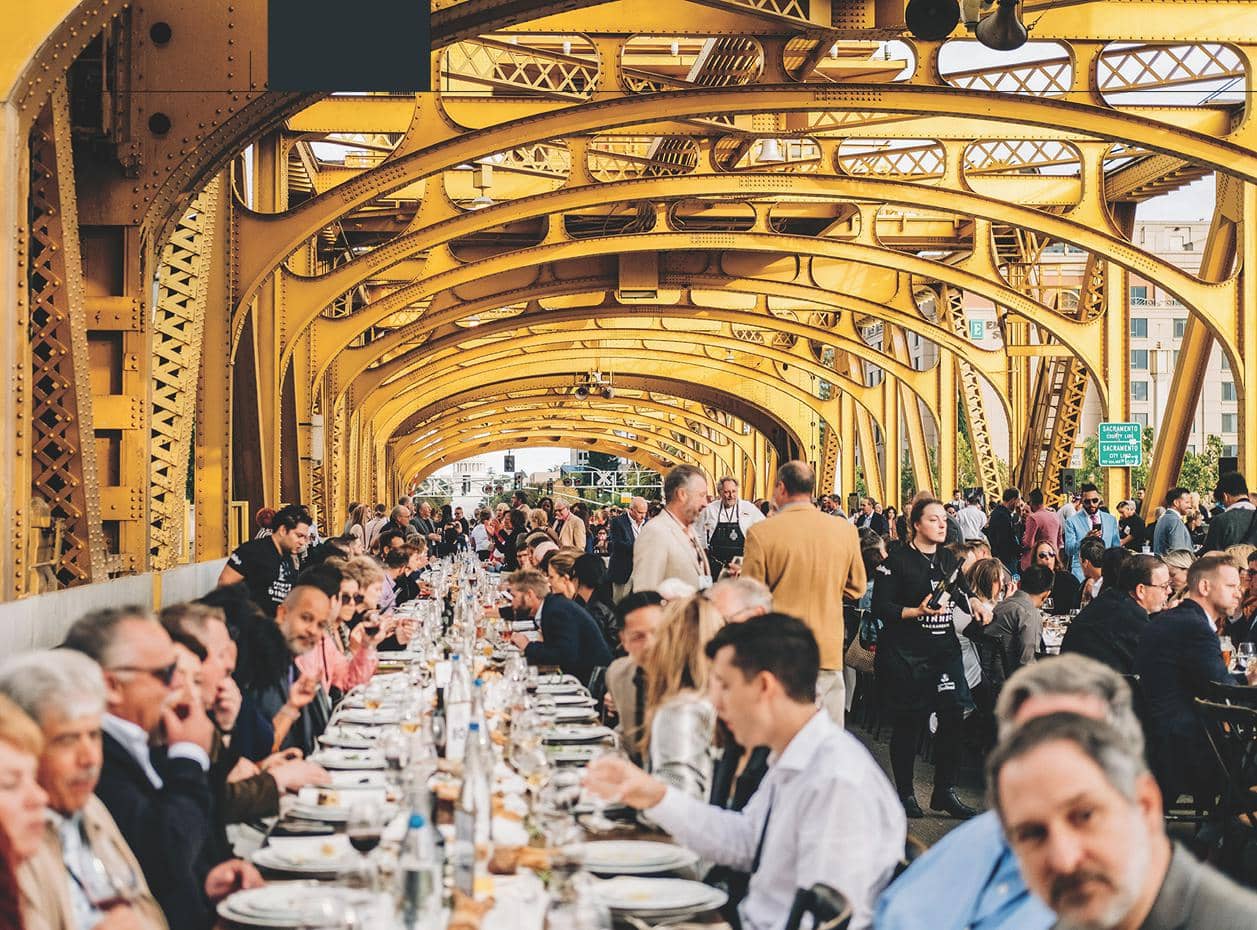 Once sleepy Sacramento is now a hub of creative energy, thanks to new investments and a rich history. And it just may be America’s most exciting new dining destination.

IF YOU LOOK up while jogging around Sacramento these days, as I discovered last fall, you may find yourself face-to-face with a four story-tall orangutan. Or a menagerie of jungle birds in flight. Or even Johnny Cash.

Over the past several years, some of the best muralists in the world—including heavyweight artists Axel Void and Shepard Fairey—have transformed the state capital’s buildings into a giant plein air gallery, with more than 120 pieces of art. It’s all part of Sacramento’s Wide Open Walls, a two-week festival promoting the arts.

During my running tour of the murals, my jogging buddy/guide was Jenn Kistler McCoy, founder of Sac Tour Company, which specializes in tours via foot or bike. At the time, Kistler-McCoy was training for the Boston Marathon; I was just hoping to detox a bit after too many culinary indulgences the night before. Along our six-mile route, Kistler-McCoy pointed out a dozen or so murals, explaining the artists and story behind each one.

“The mural movement started in the 1960s,” she said. “This isn’t a new phenomenon—it’s just finally getting the attention it deserves.”