The Re-Education Of Jason Statham 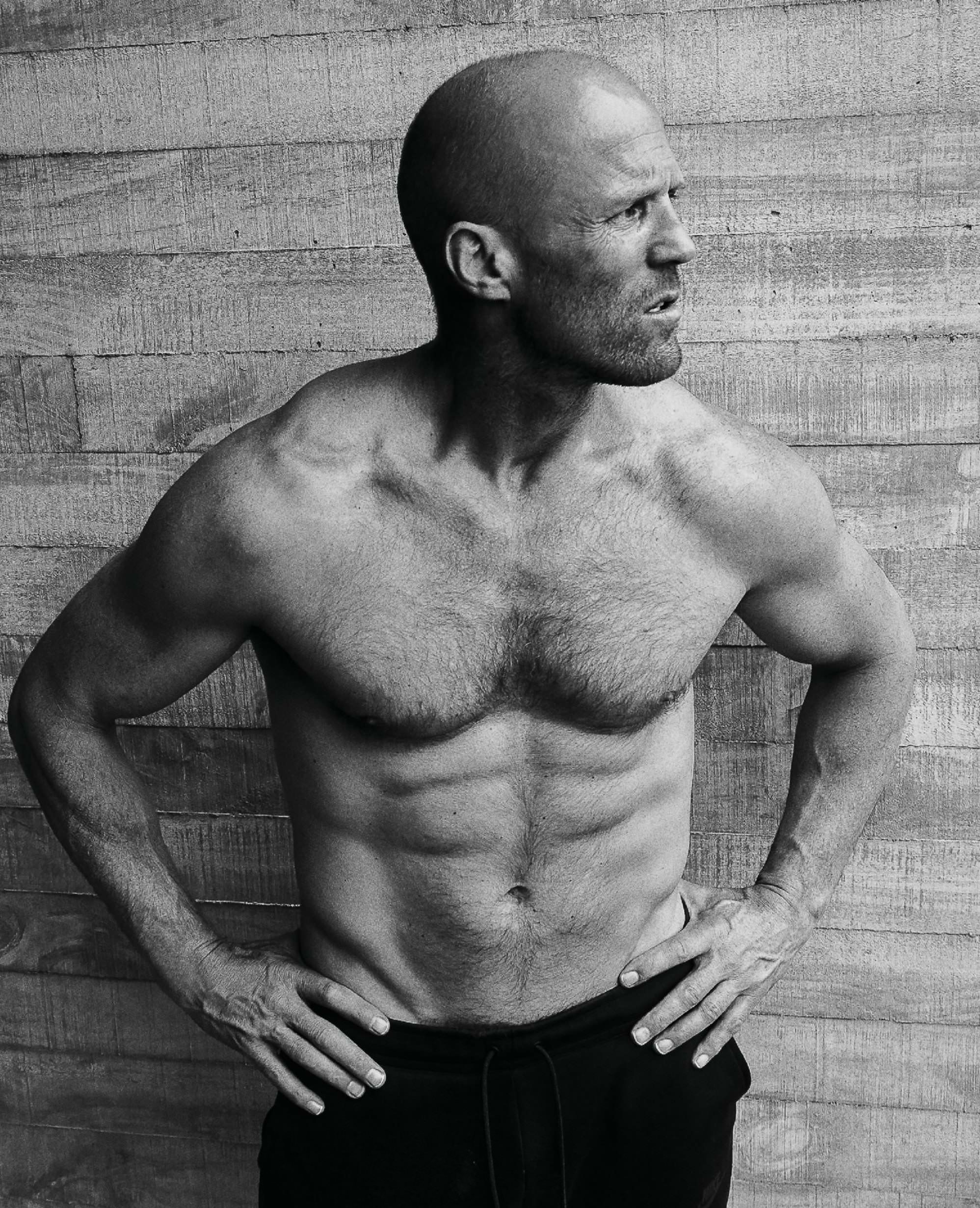 Hollywood’s most authentic action hero is about to hit 50 like he hits everything else: with a bang. But this graduate of the Brit school of hard knocks is still being taught a few lessons – by the world’s smartest trainers, by his hero Sylvester Stallone and, most importantly, by his own body

THE BEST THING ABOUT TALKING TO JASON STATHAM is that it’s exactly what you’d hope talking to Jason Statham would be like. The voice that makes gravel sound like sand. The almost poetically geezerish turn of phrase that led director Guy Richie, nearly two decades ago, to cast the former street trader in Lock, Stock & Two Smoking Barrels, then promote him to the lead in Snatch. The only unexpected bonus is the chuckle.

This partly explains Statham’s enormous popularity, and why his upcoming slate continues to be packed with sequels: Spy 2, The Expendables 4 and Fast & Furious 8. OK, so he’s only been in three of the latter, but still, the point remains: audiences, whether cinemagoers or Men’s Health readers, want more of him, because what they see is what they get. Unlike the dodgy watches he used to flog, Statham is legit. Kosher. Proper.

Of course, a large part of this enduring appeal is down to the spectacular athleticism that has seen Statham triple-pike into the best seat at Hollywood’s action-hero table. Impressively knowledgeable and enthusiastic about his training, Statham can teach even professional fitness writers a thing or two.

But even if he appears to have everything figured out, with the approach of his 50th birthday (yes, really), Jason Statham is the first to admit that he’s still learning as he goes.

For the benefit of the reader, can you explain how we came to be photographing you in New Zealand?

Sure. I was over there shooting a film for Warner Bros about a big shark [Meg, out in 2018, which sounds ridiculously brilliant, or brilliantly ridiculous]. I’m very excited about that. And the good fortune was I was able to get a great house there and set up a nice gym.

It looks a lot fancier than the set-up you had last time we spoke [for the June 2015 issue of MH]. Back then you’d been filming Mechanic: Resurrection in Thailand and training with barbells made out of old car axles…

Ha! Yeah, this was a little bit more streamlined. I had a framework put together in the backyard, this sort of bar workout area where I could mount some gymnastic rings. I’ve been using rings as part of my training now for the past 12 months. If you can find a place to string them up, there’s so much benefit that can be had in terms of shoulder mobility and real, usable strength. I really like them because you’re always trying to learn a new skill, which makes things more interesting rather than just repeat, repeat, repeat. It’s such a difficult piece of apparatus to master. I’m getting better, but I need a bit more time in the saddle before I can show you pictures of the iron cross… 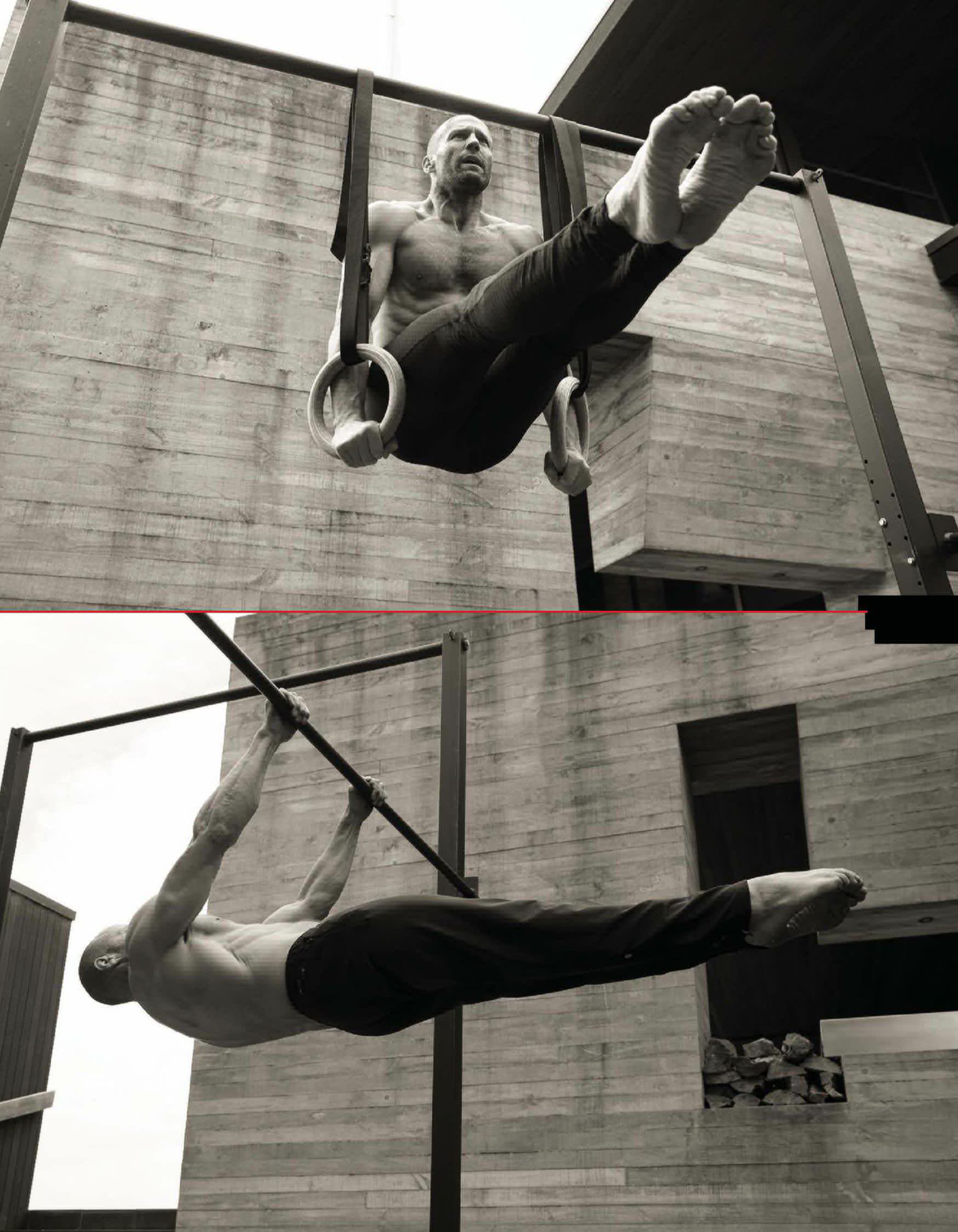 What kind of moves have you nailed?

Well, luckily I have a bit of a gymnastic background from back in the day. So I can get an L-sit, I can get a handstand. But the things that are very beneficial are the muscle-ups and the rotations through the shoulder: hanging upside down, moving around and almost creating a kind of flow. You’re developing strength, but you’re also developing mobility at the same time. A lot of people throw around heavy weights but they don’t take the shoulder joint through its full range of motion, which is a key problem for most guys. That kind of training might be great for that one position, but the shoulder is a complex joint that requires a fair amount of maintenance. The rings are perfect for that.

During our last conversation you were quite adamant about not working with a PT. Are you still training yourself?

Yeah. Over the last couple of years I’ve started to look really closely at doing things correctly. When you’re on your own, you can do a lot of examination of your movements and how good or bad they are. There’s so much information on the internet now. You can acquire the knowledge to figure out exactly how to do the big lifts and other stuff correctly while avoiding injury. It’s been good. I’m really enjoying the studying and putting it into practice.

And you’re still training by feel rather than following a programme?