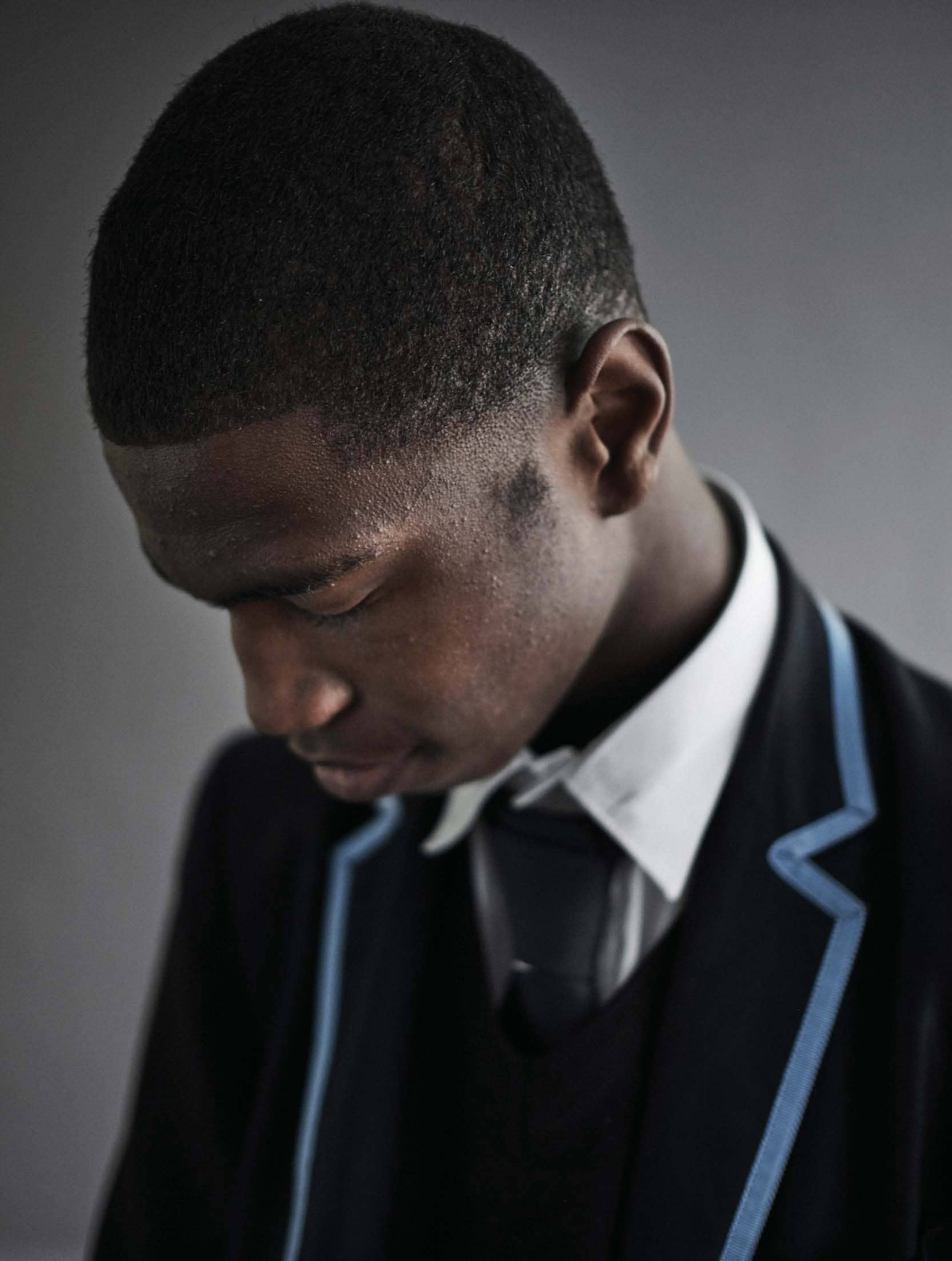 The mental well-being of our children and teenagers is in crisis, with anxiety and depression at an all-time high. Can early intervention help today’s young men grow up better equipped to deal with life’s challenges? MH spent a week in a south London school to speak to those working to brighten futures

Seven boys between the ages of 14 and 16 sit shoulder to shoulder around a table in their principal’s office. Their white shirts are tucked in and their ties neatly knotted. They are wearing matching midnight-blue blazers and a studiously serious expression befitting their surroundings. But they’re not here because they’re in trouble. They’re here to discuss what’s on their minds.

Today’s subject is mental health. “When my mum died, I didn’t cry. I was, like, is there something wrong with me?” says one boy. “Sometimes, I just get so angry. I used to get in a lot of fights,” admits another. One by one, they chip in: “Most boys I know don’t talk about anything serious. It’s always jokes. They don’t talk about the deeper things…” “People will be, like, ‘What’s wrong?’ But I don’t want them to come check on me and make sure I’m alright. I don’t want people to think I’m an attention seeker…”

These young men have not had the easiest of lives. They are students at Oasis Academy South Bank in the borough of Lambeth, a secondary school with one of the highest intakes of children from disadvantaged backgrounds in the country. On top of the usual pressures that come with adolescence, many have also had to deal with living in poverty, watching friends fall victim to gang violence, or losing relatives to the penal system. But while these kids’ experiences may seem exceptional, the emotional struggles that they have been asked to describe today – anxiety, anger, depression – are increasingly commonplace among their age group. 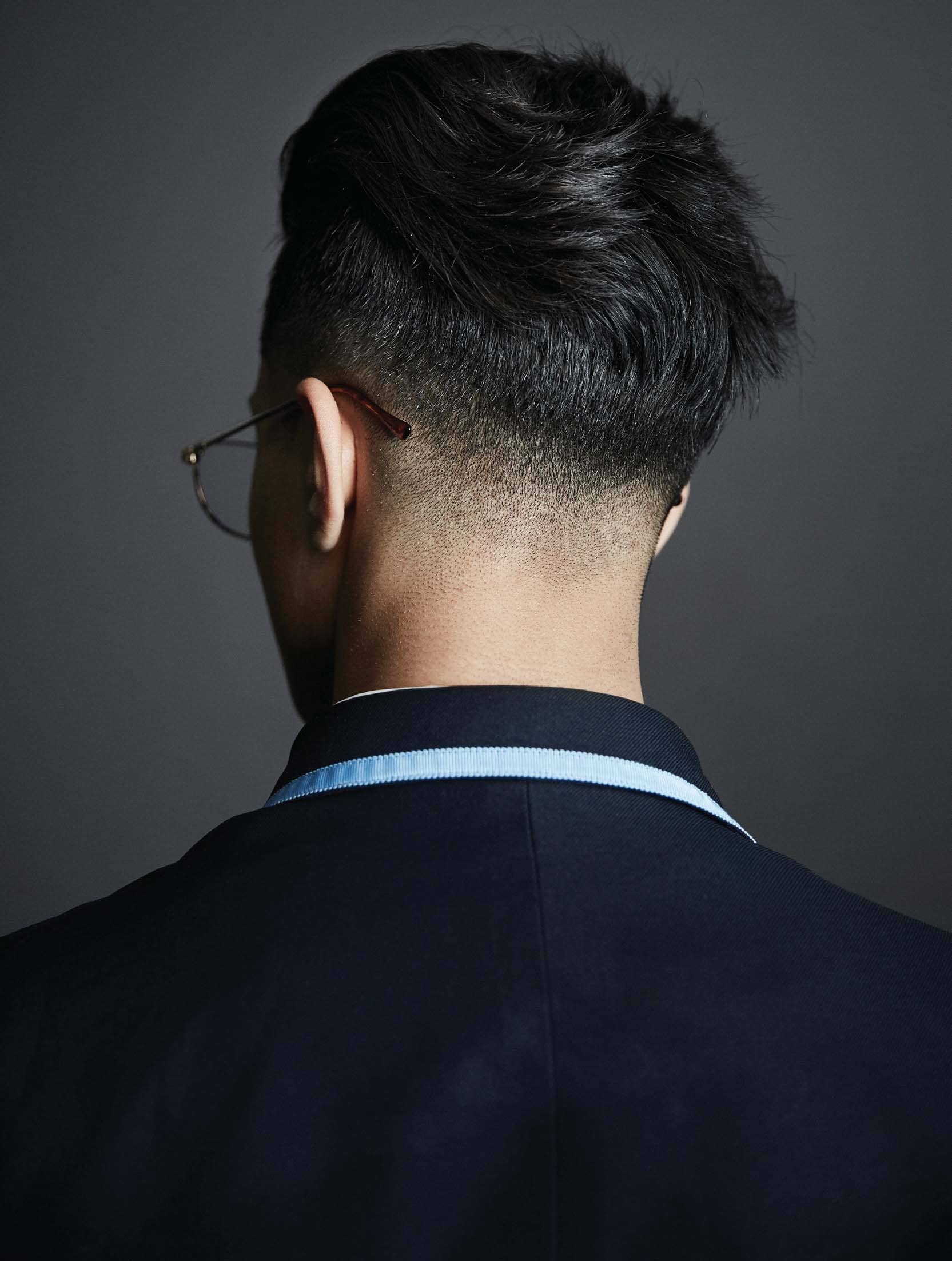 When it comes to young people’s mental health, Britain is in the midst of a crisis. The latest research indicates that one in eight children now has a diagnosable mental health disorder – that’s three kids in a class of 24 – up from one in 10 in 2004. But these are just the disclosed cases: the figures don’t include the so-called invisible children, who have not been reported to the mental health services. When you widen the net further to include young adults in their early twenties, the proportion of those at risk rises to one in five. A recent survey by the Prince’s Trust found that 18% of 16-to-25-year-olds disagreed with the statement: “I find life really worth living.”

These figures paint a bleak picture. That’s why Men’s Health has spent the past few months investigating the troubling state of our children’s headspace. We have immersed ourselves in the day-to-day world of Oasis Academy South Bank and spoken with the teachers, counsellors, clinicians, commissioners, legislators and, of course, the students to try to understand the full scale of this crisis.

Suicide is the biggest killer of men under the age of 45. Today, that disquieting statistic is repeated so often that it risks losing its impact. Yet is this the fate of today’s young men? Are these boys destined to walk the same tightrope as their elder brothers, fathers and mentors? Since half of all mental health problems manifest by the age of 14, surely the answer is to equip the next generation with the tools to cope with these issues before it’s too late? That’s an admirable goal. The question is: how? 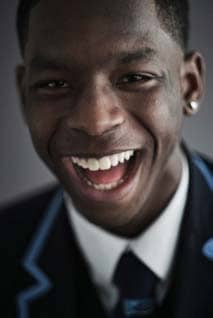 Oasis Academy South Bank is an unremarkable block of brown stone, grey tiles and concrete trimmings, located on a busy intersection near London’s Waterloo Station. Between lessons, 11-to-18-year-old boys and girls walk in silence on the left-hand side of the corridors, in a routine display of the school’s emphasis on order. During breaks, they run around the playground, a tarmacked roof terrace bordered by local housing estates, and play table tennis, or talk in conspiratorial huddles. In other words, they act like kids. They laugh, they play, they practise what it is to be grown-ups. To the untrained eye, they certainly don’t look anxious or depressed.

Yet many of the young people here have found themselves in need of additional support. Four such students are Hasan, Ibrahim, Elohim and Andrew, now in year 11. They and their peers would sometimes draw attention to themselves for all the typical reasons associated with their age group: missing lessons, talking back to teachers, clashing with fellow students. But dig a little deeper and such behaviour can be seen as symptoms of something else. In our conversations, both Ibrahim and Elohim talk about losing friends to knife crime. Hasan describes the stress of exam pressure and how he sometimes struggles to manage his anger. Andrew tells us about his parents splitting up and feeling powerless. 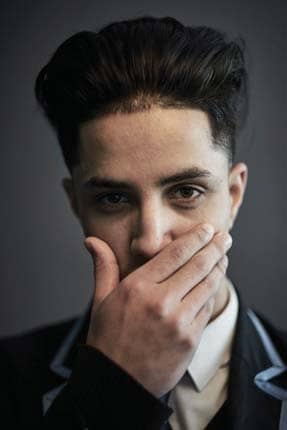 Mental health issues don’t develop in predictable ways. Even so, is it really harder to be a kid in 2019 than it was in your day? Or is the next generation simply better at talking about their problems, and are adults now better at identifying them?

“I think it’s undoubtedly the case that it’s now much more acceptable to talk about these issues,” says Anne Longfield, the children’s commissioner for England. “But I do think that more children are suffering with poor mental health than there were.” Longfield’s offie has been responsible for much of the significant research conducted into this area over the past year; until then, no major survey of children’s mental health had been conducted in the UK since 2004.

“Life is more stressful for a child growing up now,” Longfield says. “[Children] have less access to their parents than they would have done 40 years ago; both parents are probably working. We’ve got 24/7 communication and social media, and that certainly heightens problems that are already there. A lot of kids say they feel that their schools are very stressful, that they’re hothouses.” All of this combines to take its toll on children’s developing minds, she says. To make matters worse, most schools aren’t adequately prepared to deal with the problem. “We know that schools are under pressure with their budgets.”

To grasp the crisis in children’s mental health, it helps first to understand the challenges faced in supporting them. Every publicly funded school is given a budget, and it’s up to each school to decide how to allocate the money in its coffers. Meanwhile, a school’s success is measured according to exam results, ranked against its “competitors”. So, when a head teacher is deliberating between paying for a fulltime counsellor and hiring another maths teacher, the sterling tends to land on the side of the balance sheet marked “education, education, education”.

With no guaranteed provisions on the front line, a child’s first contact with support often results from referral to the underfunded, overstretched Child and Adolescent Mental Health Services (CAMHS). If your son, daughter, niece or nephew were referred to CAMHS today, they could have to wait as long as 10 months for their first appointment. Little wonder, then, that studies suggest two-thirds of children with diagnosable mental health conditions don’t get access to the care they need. Meanwhile, one report found that adult mental health services receive 15 times the funding allocated to children’s services – a clear case of closing the stable door once the horse has bolted.