The Greatest Of Our Time 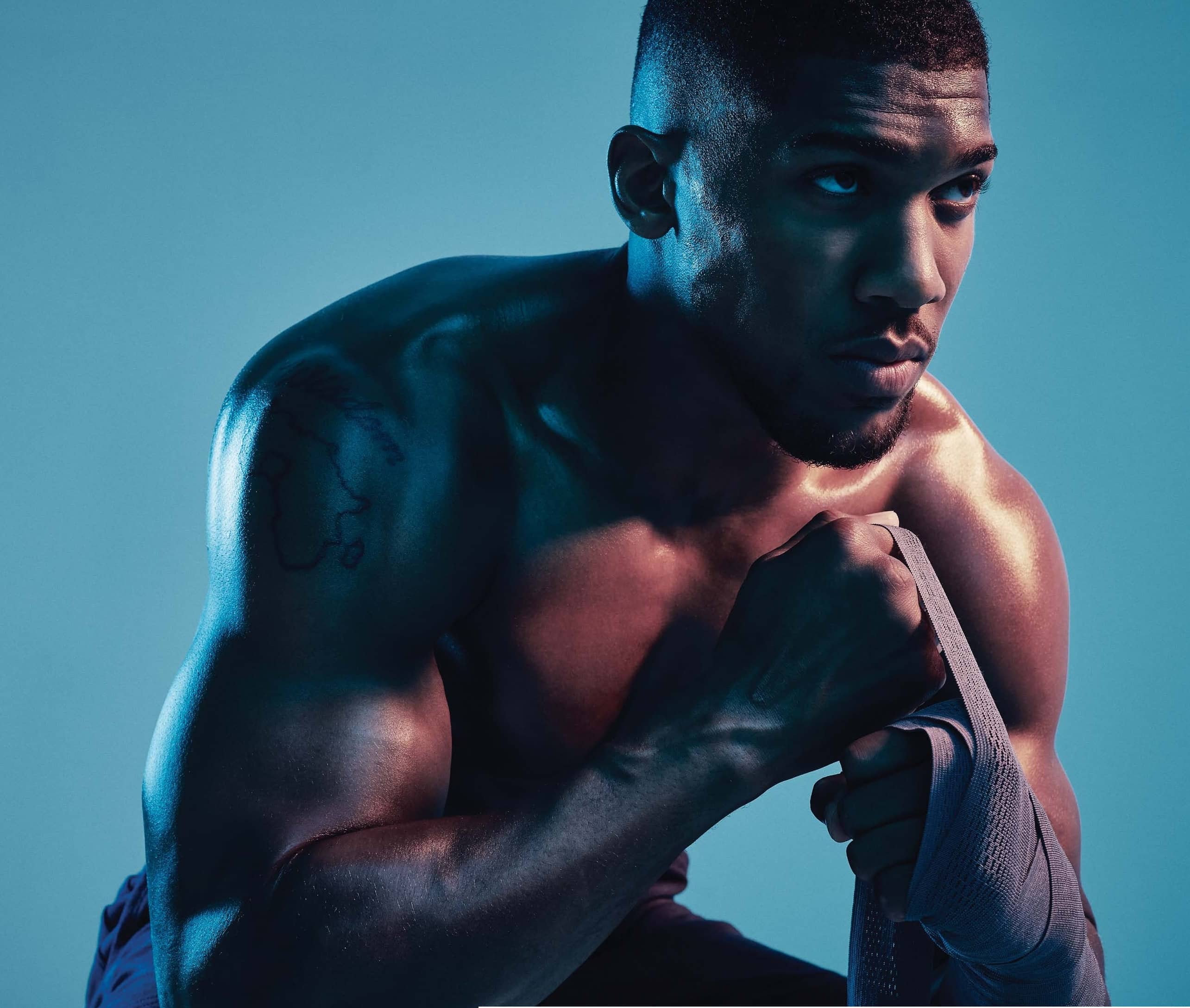 Powerful but dexterous, explosive yet graceful, Anthony Joshua is the embodiment of the modern boxer. At a time when the heavyweight division is arguably more exciting than it has been in decades, he talks to MH about the qualities that set him apart

Anthony Joshua is tired. Not just tired but exhausted. Cream crackered. Normally so animated, so ebullient, so playful, even, the heavyweight champ of the world is now temporarily subdued. His speech is slow, his syllables long. But then, you can’t blame him. The man has had a tough week at work. You know how it is.

On second thoughts, you probably don’t. Slouched in the back of his Range Rover and chatting to MH, Joshua is on his way home to north London in search of a much-needed rest. He has spent the past week in Sheffild, where a team of coaches, trainers and sparring partners has battered his body and pummelled his mind. All, supposedly, for his own good.

Joshua is in training camp, the 12-week period directly before a fight in which he prepares physically and psychologically for the task at hand – in this case, to beat the 143kg American challenger Jarrell Miller when they meet on 1 June at New York’s Madison Square Garden. All four of Joshua’s world championship belts – IBF, IBO, WBA and WBO – are on the line, the purse is rumoured to be in the region of £19m, and it will be his first pro fight night on foreign soil. The stakes have never been higher. The good news for Joshua fans (and very bad news for fans of Miller) is that when he enters camp, there is very little catching up to do.

The standard model for an elite boxer’s calendar is boom and bust. Training like an animal in the build-up to a fight; eating like one in the aftermath. We all remember those inter-fight images of Ricky Hatton in his pomp, so bloated that it looked like he had swallowed, well, another Ricky Hatton. But while some training camps involve turning MOT-failing bangers into fine-tuned racers, in Joshua’s case it’s more like taking a Formula 1 car and precision-engineering it into something that Elon Musk might use to travel into space. With a precipitous topography of abdominals and biceps broader than your skull, Joshua radiates year-round readiness, permanently in the kind of shape to instil fear in his opponents.

This is not a coincidence, a given, or the result of some genetic quirk. It is an integral part of Joshua’s approach to his sport. “I don’t want to walk so far back down the mountain [after a fight] that the climb is too steep to get back up,” he says. “When you’re not training and you’re eating badly, it’s like you’re already at the bottom of the mountain, but now you’re digging yourself a hole as well. If I’m not training, at least I’m still eating right, staying hydrated, recovering properly. That’s the way.”

Thanks to this attitude, Joshua is at the vanguard of a new breed of heavyweight: not the freakishly oversized mammoths of old, but athletes of the most complete and elite variety. Enormous, yet agile. Powerful, yet dexterous. Explosive, yet graceful. And with the mental fortitude and discipline to match.

“It’s not like, ‘I’m training for a fight, then I’ll go and eat kebabs,’” he says. “I take more of a holistic view. It’s not just about the combat. It’s the lifestyle. It’s not just about the fight. It’s about living right. You might have little cheat meals now and again – everyone’s got a sweet tooth – but it’s nice to spend the majority of the time eating natural foods, even if I’m not fighting. It’s important to treat yourself right.” 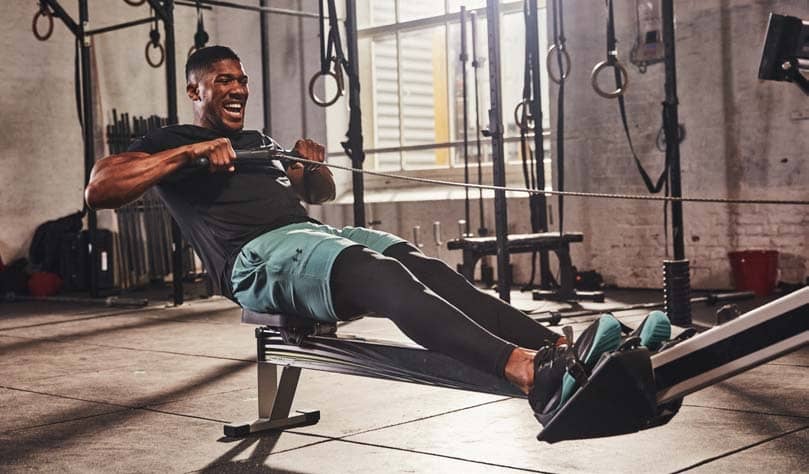 So accustomed are we to this flavour of wholesome #wellness messaging from Instagram influencers, it’s easy to forget how unusual it is at the peak of professional boxing. Especially in a weight category where size is everything and mass means might. Look no further than Tyson Fury, a gifted boxer who, like Joshua, remains undefeated in his professional career, but unlike Joshua, hides his abs behind a shock-absorbing shield of blubber.