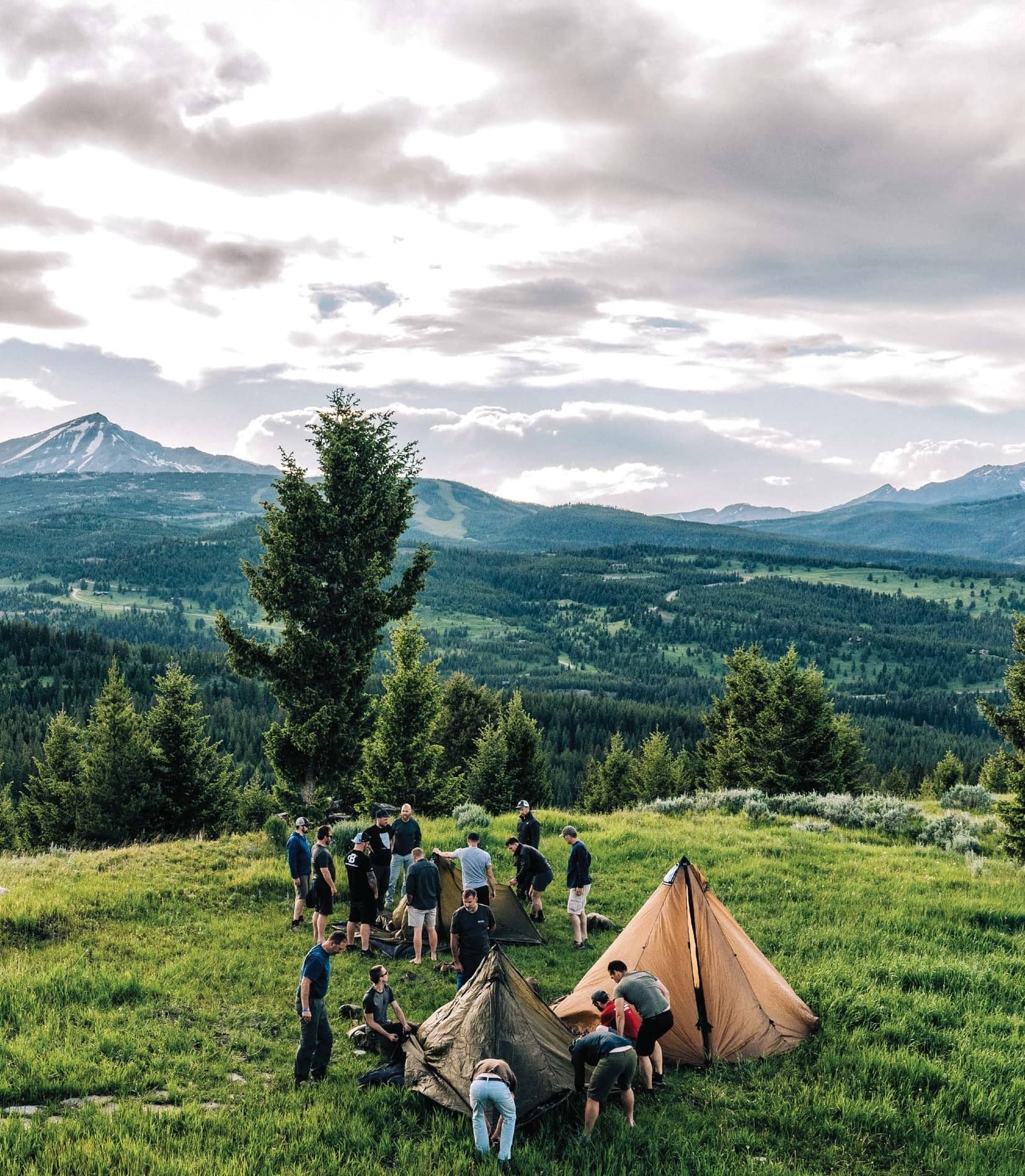 At Evryman men’s retreats, attendees spend five nights in the American wilds, sharing their deepest desires and darkest thoughts. The goal is to help men relearn how to access and express their emotions. Sceptical? So were we… at first

Well, this is uncomfortable. My palms are sweating, my heart is pounding.

Why did I think this was a good idea? I could be at home right now with my girlfriend and my dog, having a beer and watching Netflix. But no. Instead, I’m staring directly into the eyes of a small man with a big, red beard. Andrew – he said his name was Andrew.

I shift my posture. Andrew shifts his, too. Finally, he takes a deep breath and speaks: “If you really knew me, you’d know that I smoke too much weed and use it as a coping mechanism.” He lowers his gaze, embarrassed. When he looks up again, we lock eyes. Now, it’s my turn.

“If you really knew me,” I tell him, “you’d know that I sometimes drink too much alcohol, and it worries me.” My words surprise me. I have never uttered them out loud before. I instantly feel lighter. Andrew smiles, relieved not to be alone in his confession. “Thanks,” he says.

We’re standing in a clearing in Big Sky, Montana. It’s nearing sunset and the clouds are turning purple. From where we are, you can turn 360 degrees and see for miles in every direction. The tall grass gives way to dense pine trees, which in turn yield to snow-capped mountains. 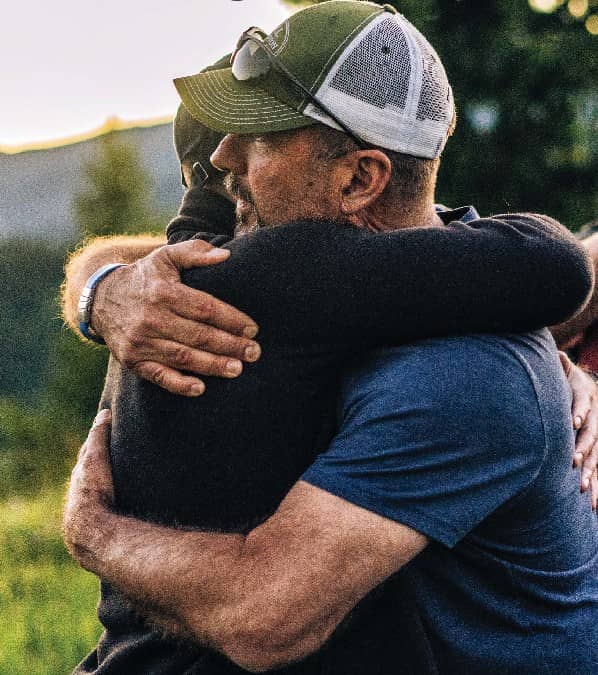 We’re accompanied by 16 other men, paired off just as Andrew and I are. Behind us is a log cabin that will be our home for the next two nights. After that, we’ll trek into the backcountry of Yellowstone National Park, where we’ll walk and sleep among the bears, mosquitoes and stars. We all met for the first time an hour ago.

“Nice work, guys,” says Dan Doty, our group leader. “Get to the edge of your comfort zone, and then go a little past it.”

Dan, the co-founder of Evryman, is 36 years old, bearded and muscular. Give him a cardigan and he could pass for an outdoorsy version of the Dude from The Big Lebowski. The men who have gathered here come from various backgrounds: a woodworker from Seattle, a recently fired hedge fund manager from Manhattan, a medical cannabis grower from Arizona. At least four of them are ex-military. Despite our differences, we’ve all parted with about £2,600 for the same reason: to connect with nature, ourselves and each other. “Switch,” says Dan.

My next partner is Aaron, who has close-cropped hair and tattooed arms. I will later learn that he spent 14 years in the army, seven of those in remote outposts in Iraq and Afghanistan. I will learn about his parachute accident and his post-traumatic stress disorder. And I will learn how he went from being a weapons and tactics sergeant to working as Evryman’s operations manager. Right now, however, he is just another member of the group.

“Get closer,” Dan instructs. “Reach out and put your right hand on the shoulder of the man in front of you.”

We do. His eyes well up with tears, and I am suddenly so overwhelmed with emotion that my eyes start to water, too. He just looks so… hurt.

“Finish this sentence,” Dan says. “‘The thing I’m most grateful for is…’”

Aaron and I stare into each other’s eyes. Ten seconds go by. Twenty seconds. The boundaries of my body start to dissolve. I have the feeling of looking into a mirror.

“I’m grateful for my wife and my son,” Aaron says, finally. “And I’m grateful I found this group.” 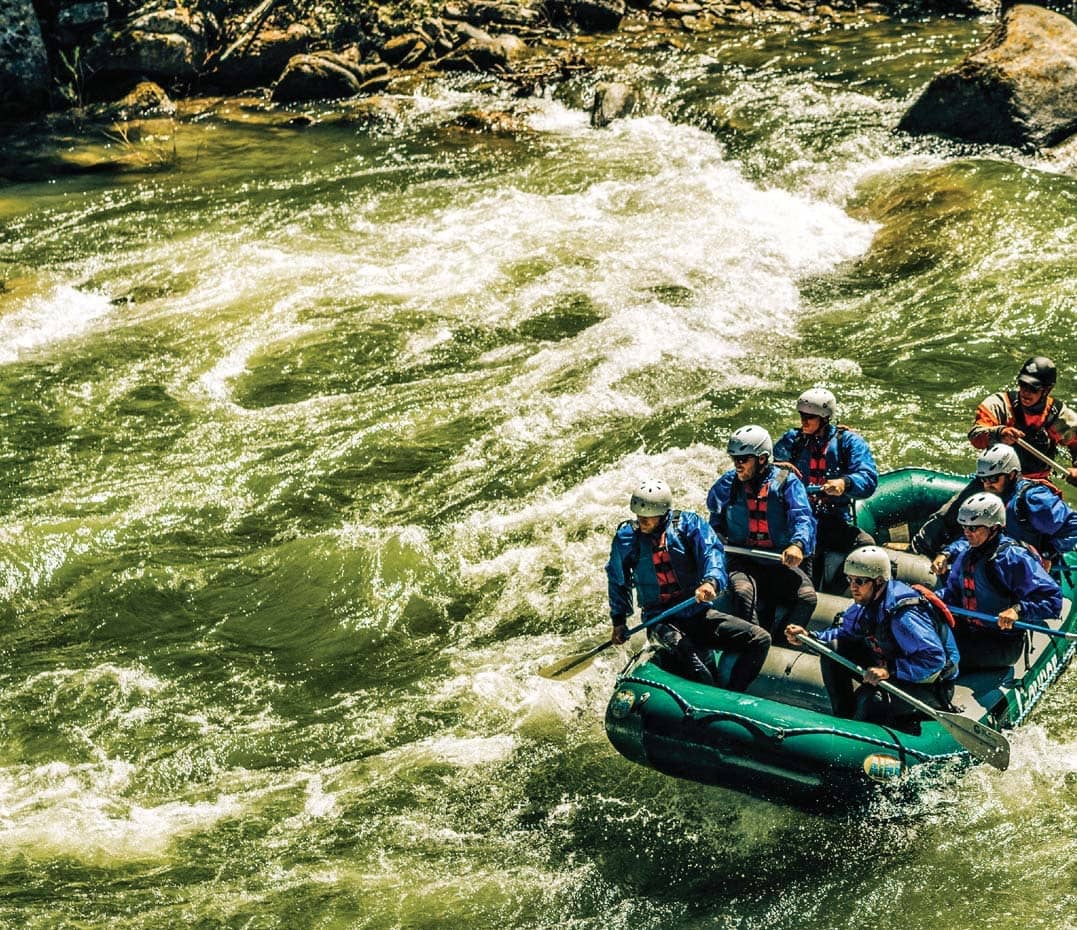 “Men are hurting,” says Dan. We’re sitting in a coffee shop in Bozeman, Montana. It’s two weeks before the retreat, and I’m here to ask if I can come along. “Suicide rates are climbing,” he continues. “The #MeToo movement, sexual abuse… Men are hurting themselves and others. But they are not getting the help they need.”