Every Question You Ever Had About Really Eating Well 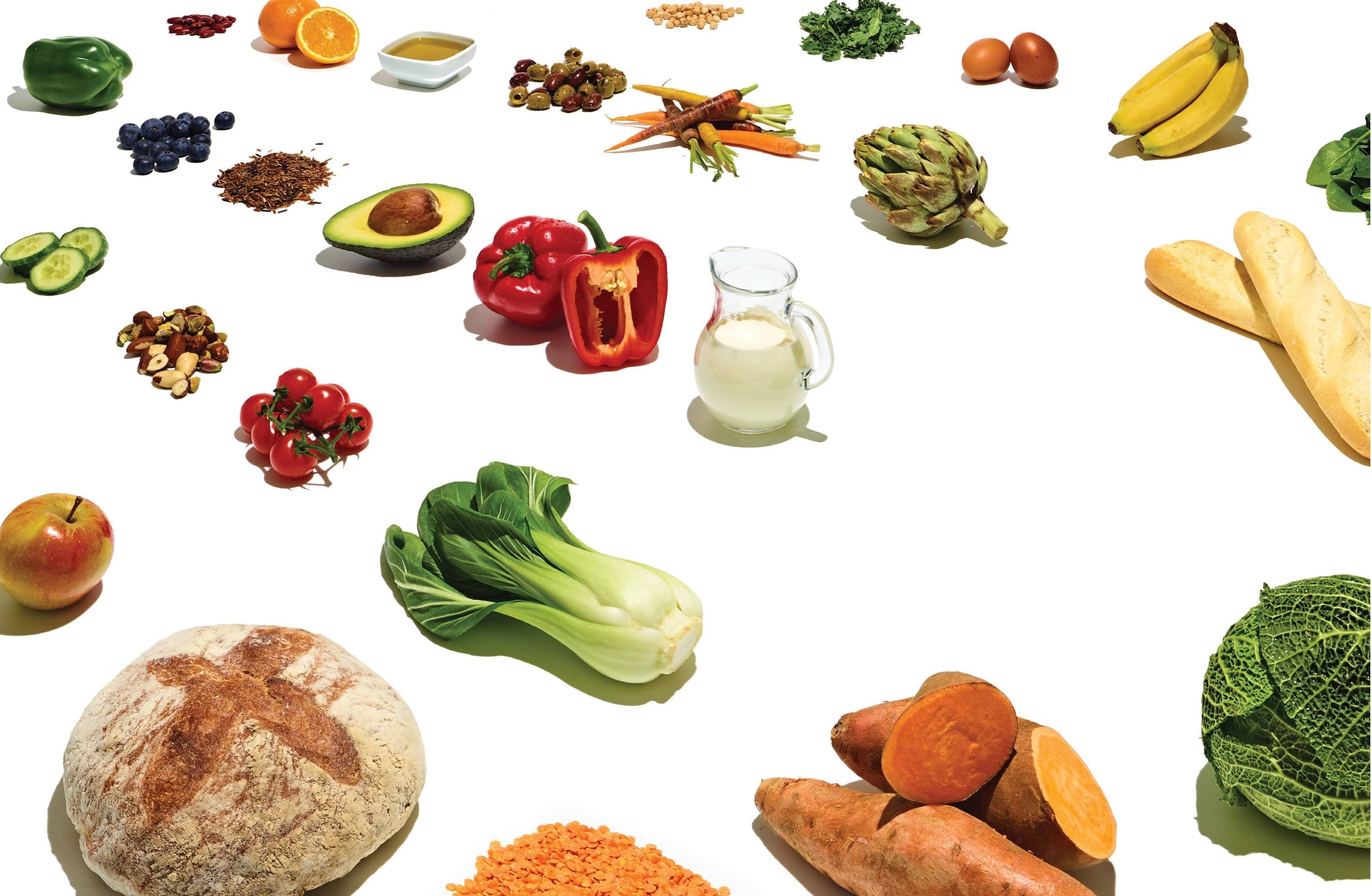 Nutrition is a maddening business. Foods are in one day, compost the next; vitamins that cured ills last week are promptly debunked. We all want to eat better, but who has the time to sift fact from fad? Rest easy because this is your easily digestible, bite-sized guide to doing precisely that

Q: Give it to me straight: which of my vices do I need to give up for good?

Er… Let’s say yes. Or else that’s a whole other conversation.

Then, unless you have an allergy, a persistent medical condition, or adhere to a prohibitive religious doctrine, there’s nothing in particular you need to cut out.

Nothing. In fact, we’d caution against this kind of intervention. Variety and flexibility in your diet are crucial to maintaining a healthy relationship with food. More pertinently, eliminating specific foods can reduce your tolerance to them, making it hard to reintroduce them to your diet when the wind changes on the latest nutritional thinking.

Does that mean I should switch back to dairy?

I still have two-thirds of a carton of Oatly in the fridge. Well, you could argue that cow’s milk is more nutrient dense than plant milks, which tend to be fortified with extra vitamins and minerals. But, ultimately, they’re just different, with their own calorie counts and macro balances. It depends on what else you’re eating and which nutrients you might be short on.

Exactly. There are other ways to source your calcium: leafy greens, nuts and soya all work. In this case, environmental and ethical arguments for avoiding animal products might be more convincing.

Yes, I’ve seen that Netflix documentary. But eco props aside, is veganism any better for me? Or is it just a marketing ploy to sell cauliflower steaks?

Let’s be clear here: Bourbon biscuits are vegan. Greggs does vegan “sausage” rolls. Stripping out animal products does not automatically make a meal healthier. Think in terms of additions, not eliminations: eat more vegetables and pulses or beans. A 10-year study from the University of Navarra in Spain found that omnivores who eat more plant-based foods and cut back on meat – going down to about 140g per day – almost halve their risk of obesity compared to those with more carnivorous appetites. It’s not a case of one or the other.

But what about the protein?

I need more, right? That’s why everything is fortified with the stuff.

If you thought to ask, chances are you’re doing all right. Our protein needs vary according to our activity levels and body goals, but most men require something like 1g or 2g per kilo of their weight.

Can you give that to me in litres of protein shakes?

I wouldn’t recommend getting it all from shakes. Roughly speaking, you’d need about six protein bars a day for an 85kg man. Or, for a more balanced menu, a couple of fish fillets, five eggs, a block of tofu and a portion of rice. Though you’ll find protein in most things you eat, even veg.

Wait, rice? Did you mean quinoa? Isn’t that the one with all the protein?

Quinoa is a good source of essential amino acids, and it offers a good variety of vitamins and minerals. But so do many other whole grains and seeds. Eat it, by all means, but don’t restrict yourself to it under the assumption that it’s superior.

It’s not a real superfood, then?

There are no set criteria for superfoods. They can’t be categorised by racking up their antioxidant concentration.

Nor the frequency with which they feature on Goop, presumably.

Quite. Plenty of the foods awarded arbitrary “super” status are very good for us when it comes to nutrient density – blueberries, leafy greens, wild salmon – but they don’t possess any special powers.

Not even coconut oil?

Nope. In fact, overdoing it can raise your “bad” cholesterol levels.

How about powdered charcoal?

We’d steer clear of that one.

Is there anything in Whole Foods that’s actually worth buying, then?

If budget allows, there is plenty of nutritional benefit to choosing organic vegetables, which often have a higher antioxidant content, and grass-fed meats, which have a better ratio of healthy fatty acids than meats from grain-fed animals. Just don’t be fooled by rebranded junk food: a £5 bag of kale crisps is still a bag of crisps.

I blend my kale into shakes. That must be good, because Joe Rogan does it.

Shakes and juices offer an easy way to squeeze more fruits and veg into your diet, but they can also be a very concentrated source of quickly absorbed calories and carbs. That can be a good thing or a bad thing, depending on what your goals are.