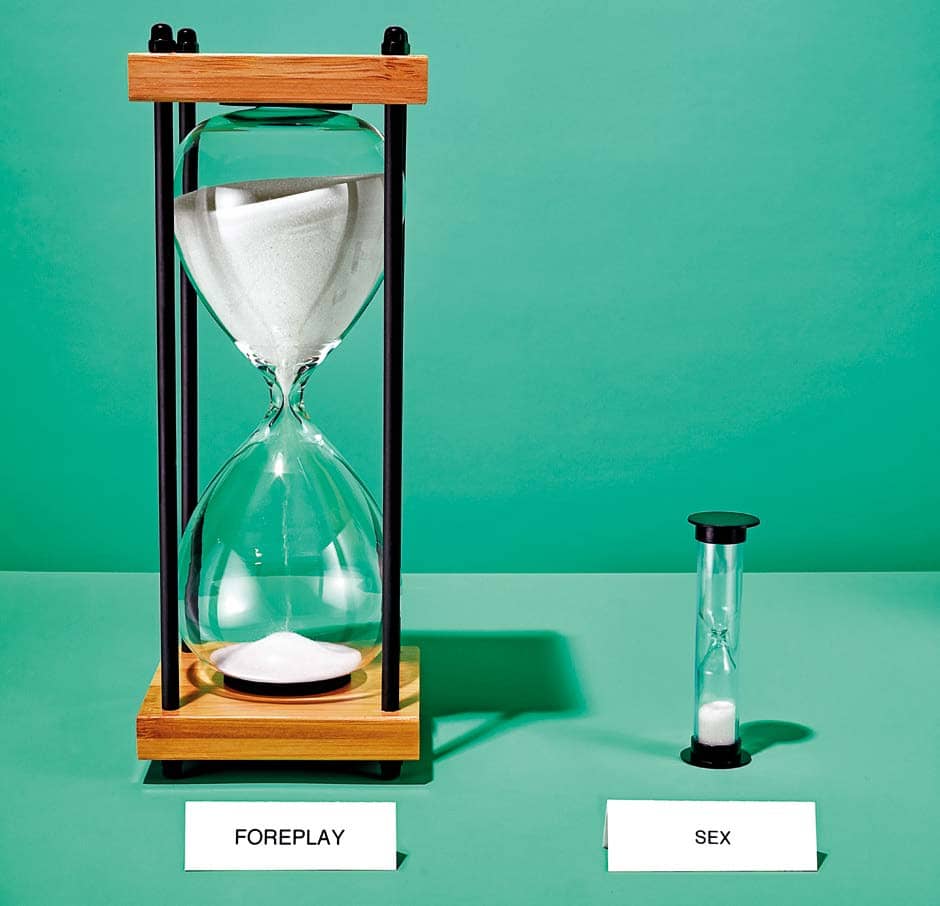 Everything you thought you knew about how long you should last in bed is a lie.

How to last longer in bed. It’s one of the most searched questions about sex, Googled around 60 500 times per month (mostly by dudes, we’re guessing). And in the past year alone, a story on menshealth.com called “11 Ways to Last Longer in Bed” has had nearly 700 000 visitors. But we have a secret to tell you: you don’t need to stress about lasting through marathon sex sessions. In fact, no one expects sex to last as long as Avengers: Endgame – not even the woman you’re sleeping with.

Scientists have researched sexual stamina and found a big gap between how long sex actually lasts and how long people would like it to last. A 2005 study of 500 couples from around the world determined that the average intercourse session lasted just 5.4 minutes – with or without a condom. Yet according to a 2008 study, most sex therapists agreed that “desirable” sex lasts anywhere between seven and 13 minutes. (That two- to sevenish-minute gap? That’s the sound of men everywhere scratching their heads.)