How To Run When You Hate Running 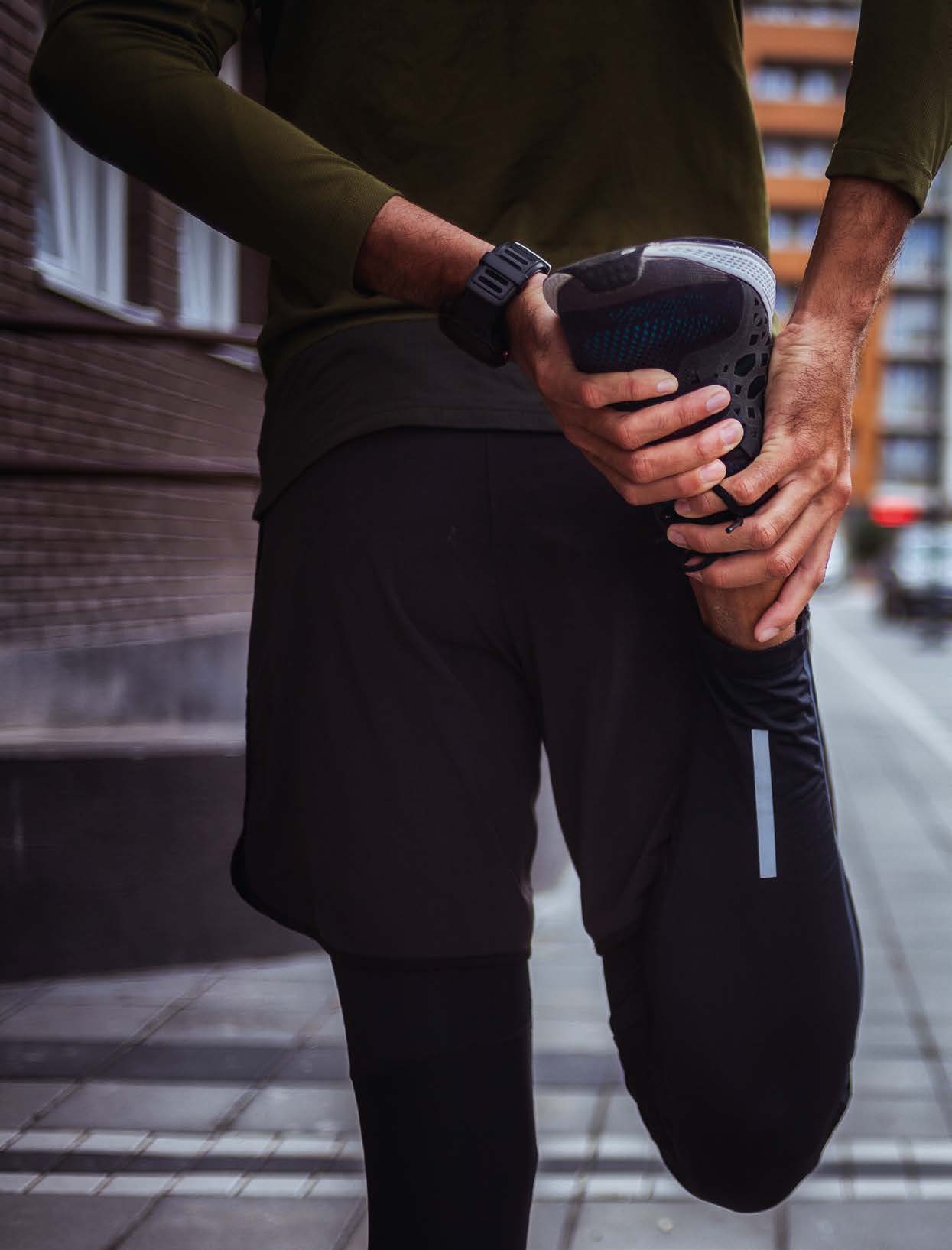 If you slog through the same interminable kilometres week after week, if you go out too fast, if your high school coach used laps as punishment... of course you’re gonna hate running. But here’s the thing: running’s not about banging it out anymore. It’s still an incredibly efficient cardio workout that you don’t get with weights alone. Now, however, running itself isn’t really the point. It’s just what happens to be going on in the morning, with friends. Or at night, when the city’s yours and you may or may not be breaking some rules. It’s a game you play with yourself, a way to test yourself, a way to find yourself, a way to forget. You don’t really hate running. You hate the way you’ve been running. And we’ve got six cures for that.

Add a new level of exploration – or competition – by lacing up after dark.

THERE’S A VERSION of running in which you don’t wake up early, you don’t pay hundreds in race fees, and the finish line, at least sometimes, is a bar. It doesn’t quite have a name, or at least it hasn’t been branded yet. It’s punk rock. It’s returning running to the people from the hands of corporate sponsors and type A, predawn joyless slogs.

Call it night running if you want, since that’s when it happens. Many groups start weekly workouts around 8pm – not too late for us normies but late enough for the pack to be defined by the flecks of light bouncing off hidden reflective patches on clothes, shoes, caps.

But there’s another kind of night running that really sets you free. It’s not as much about a time of day as it is about a mindset. These are unsanctioned adventures – underground races with mostly word-of-mouth buzz in which a small group of people (maybe ten friends, maybe 100 entrants) chase a win by running between checkpoints by themselves, picking whatever route they want. There are no closed roads, no signs, no aid stations or portaloos. Some races are pretty hardcore – strategic, competitive, and ruled by local studs. Others, like one I did from a bar in Brooklyn to one in Manhattan, are less aggressive, and your finish time includes drinking a can of beer.

That type of gritty night running is the closest you can get to the pure spirit of racing – of grinding your body into the pavement until you’re doubled over. The streets have quietened down, and you’re out in them on your own. Along with every other runner who shares this passion. —MATT ALLYN 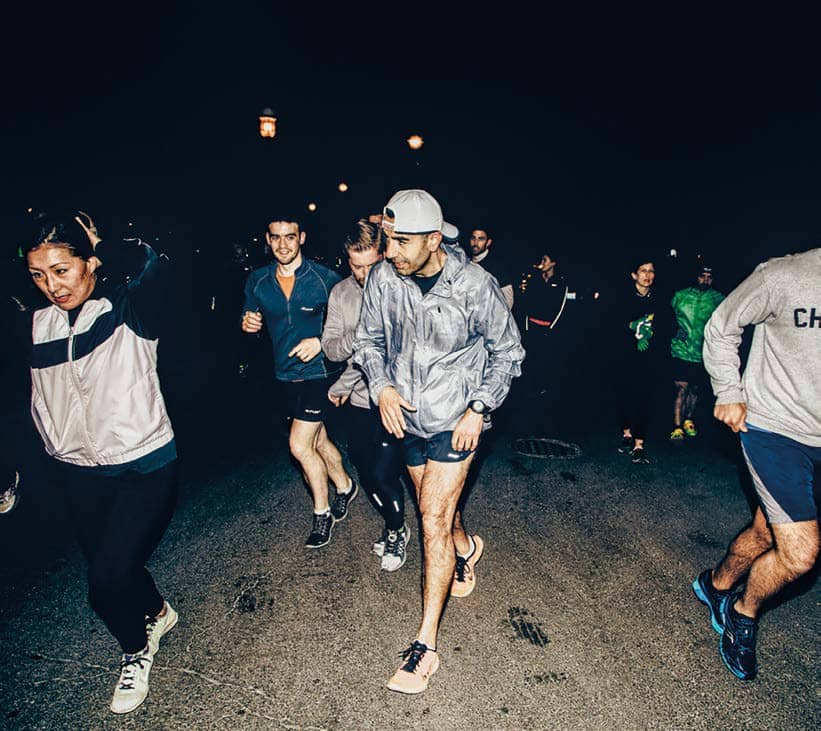 AS THE editorial director of a group that includes Runner’s World, I spend more days than not surrounded by real runners, so what I am saying to you is not opinion but lived and learnt fact: real runners rarely seem to be running. They glide. They bound. They kiss the earth with their tippytoes as a courtesy to gravity rather than a necessity of physics. I, however, run as if I got into a brawl with a much bigger opponent and am paying for it.

Yet: I run. It’s more efficient than cycling (my sport of choice), and it’s easier to manage when you’re travelling.

I highly recommend getting the shit kicked out of you by a run. But you can’t be afraid to walk. If you only run for as long as you can actually run, you’re not going to be out there long enough to do yourself much good. At first, the only way I could do a 30- minute “run” was to run for a few minutes, walk a few, then run some more. Walking is not only okay but pretty much mandatory. Real runners know this and won’t shame you for not running while you run. Anyone else can go suck it, because they’re not even in the damn fight. —BILL STRICKLAND

HAVE A LITTLE CANNABIS WITH THAT