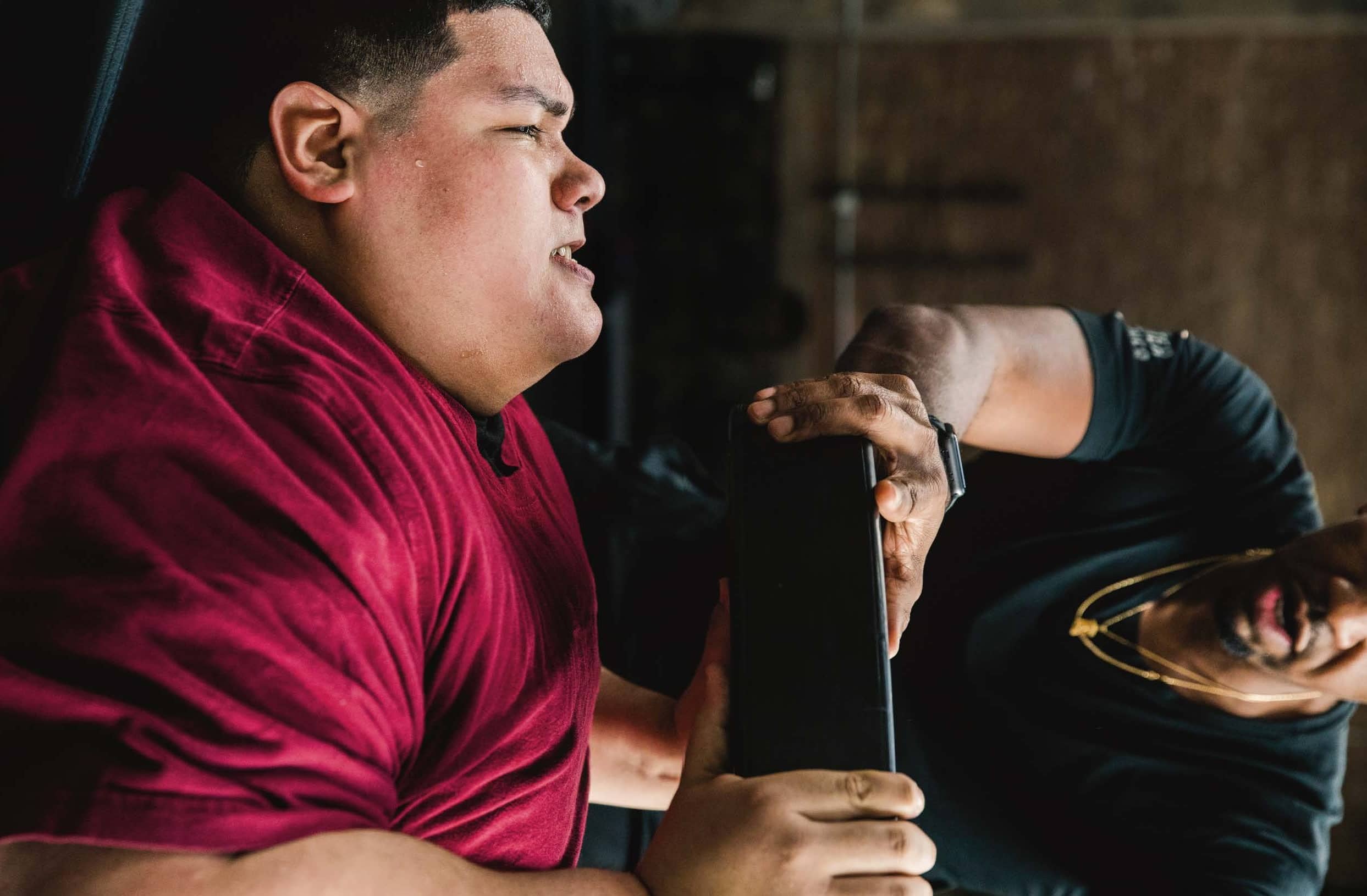 Maynor De Leon might not look like an athlete, but he trains like one. Having dropped a colossal 120kg – and with many more to go – That Big Guy’s very public transformation has been as much a fight for survival as a personal challenge. This is how he’s hitting back against all odds. Be inspired.

MH first meets him on a cold Wednesday in January, amid the New Year gym rush. His base of operations for the day is On Your Mark, a training space in Chicago’s East Garfield Park area that served as a bomb shelter during the Second World War. The 1 765m2 site is packed with lifting platforms, heavy bags, and sprint tracks. A dozen or so athletes gather to work with their coaches, moving between stations, their faces masks of determination.

Weighing 195kg, De Leon stands out among them. But watch him for five minutes and you’ll see that this is a man in his element. Dressed in black trackpants, a black velour shirt, and Nike running shoes, he hoists a canvas ball over his head and slams it down with a guttural “Humph!” over and over, the impact echoing through the gym like a cannon blast.

Beside him stands his trainer, David Carson, correcting and motivating him. In between sets with the ball, De Leon steps laterally, up and over, back and forth, between yellow markers, pulling his knees up. “Ten seconds,” says Carson. “Give me 10 more seconds.” His face now shining with sweat, De Leon presses on, Carson helping him maintain balance in what looks like a kind of workout dance. After that, he moves on to the cable machine for a set of biceps curls, Kanye West booming from the gym’s speakers.

And on it goes, for more than an hour. By the end, De Leon is pouring with sweat, as he gulps from his bottle of water. Carson taps his shoulder and says, “Good job.” Smiling through the perspiration, De Leon nods, then claps, then throws back his head and shouts, “Yeeaah!” 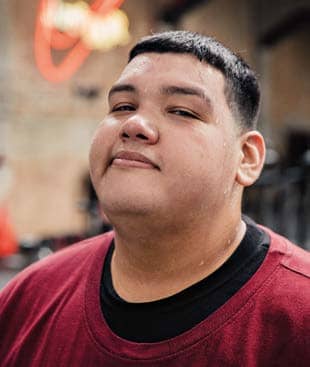 He was always big. For as long as he can remember, De Leon dwarfed his friends and, in girth at least, his three elder brothers. “I guess I haven’t ever been ‘normal size’,” he says. By the age of seven, he was wearing size-10 adult shoes. Children’s shoes were fine lengthwise but too narrow. To make them fit, he had to stuff the fronts with socks.

At school, he longed to be invisible but his size made him conspicuous – a target. He wasn’t just bigger than everyone else. He looked older, too. When he was 12, people assumed that he was 16.

He was an intelligent, thoughtful boy, but on the rough-and-ready streets where he and his family lived in west Chicago, you kept such things to yourself. “When you’re that size, a lot of people want to test you,” he says. “It’s almost like a prison mentality: pick on the biggest dude.” One of his earliest memories was of a teenager being shot and killed outside his home. His brothers and father shrugged it off.

As he entered high school, De Leon realised he could go one of two ways: be shy, compliant, and try – at least with his personality – to be as small as possible, or he could become bigger, tougher, and defiant in his heaviness. He wouldn’t wait for someone to call him fat – he would do it first. He would welcome the teasing and learn to give back better than he got. He would be funny when he needed to and aggressive when it failed.

One factor in his obesity was his address. His family lived in a “food desert”: an area filled with fast-food restaurants and off-licenses but lacking supermarkets selling fresh fruit and vegetables. McDonald’s, Burger King, and Pizza Hut were staples. Breakfast often consisted of a couple of cinnamon buns and buttered toast, washed down with three or four bottles of juice. At home, food represented comfort, acceptance, and family. His mother was from Mexico and his father from Guatemala; both could lay a table filled with enough traditional dishes – corn, rice, pork, and refried beans – to tempt anyone to stray from their diets.