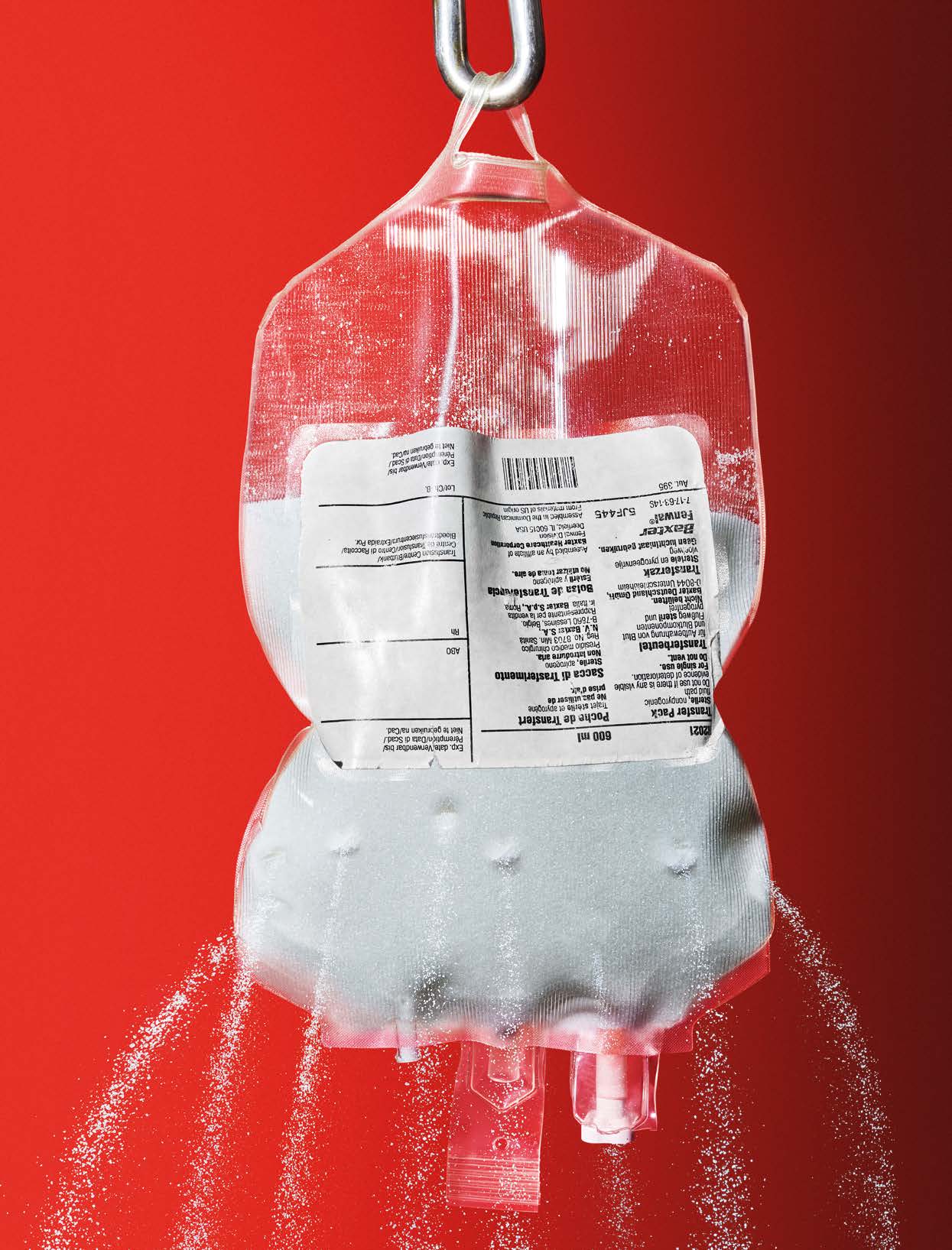 NO LONGER CONFINED TO THE AGED OR MARKEDLY OVERWEIGHT, RATES OF TYPE 2 DIABETES ARE RISING FAST, WITH 6% OF THE COUNTRY NOW AFFECTED. AND WITH MANY CASES GOING UNDIAGNOSED, YOU COULD BE AT FAR GREATER RISK THAN YOU REALISE. THIS IS YOUR GUIDE TO STAYING ON THE SWEET SIDE OF THE STATS.

When I was training, type 2 diabetes was only seen in late middle age,” says Jane Armitage, a professor of epidemiology at Oxford University. “You saw it in 60-year-olds, and you saw it, rarely, in 40-year-olds. Now, I see it in teenagers.”

Back in 80s, just 108 million people were known to have the disease. Today, it is estimated to affect about 463 million, making it one of the world's biggest killers. Here, in South Africa, roughly 6% of the population suffer from the condition, and it's estimated that nearly 80% of all diabetes-related deaths are among people younger than age 60.

By damaging blood vessels, diabetes has the potential to cause problems in any part of the body. It can lead to blindness if it affects blood vessels in the retina; it can cause nerve damage if it affects those in your feet. It causes kidney damage, sometimes leading to renal failure. It increases the risk of heart attack and stroke. These effects are insidious: many people live with the disease for a full decade before they are diagnosed, and around a third of people already have complications – eye damage, kidney damage – by the time it’s identified. According to a report by Diabetes UK, type 2 sufferers can expect to live about 10 years less, on average, than people without it. Yet, despite this grim litany, it remains in many ways a hidden illness.

Sure, we’ve all heard of it, but people rarely run sponsored half-marathons for diabetes like they do for breast cancer. It affects more people in South Africa than all cancers put together, yet charities focused on diabetes are left in the shadows as others take centre stage.

Know your Risk There are two main kinds of diabetes. Type 1 is rarer, accounting for less than 10% of cases. It’s an autoimmune disease: your body’s defences attack the cells that produce the hormone insulin, which helps to control blood sugar levels. Type 2 is the one that most people think of when they say “diabetes”. It occurs when the body becomes less adept at producing insulin, or less sensitive to the hormone. There are many factors that influence type 2 diabetes. Your family history is important, as is your ethnicity. People of south Asian origin, for instance, are six times more likely to get the disease. 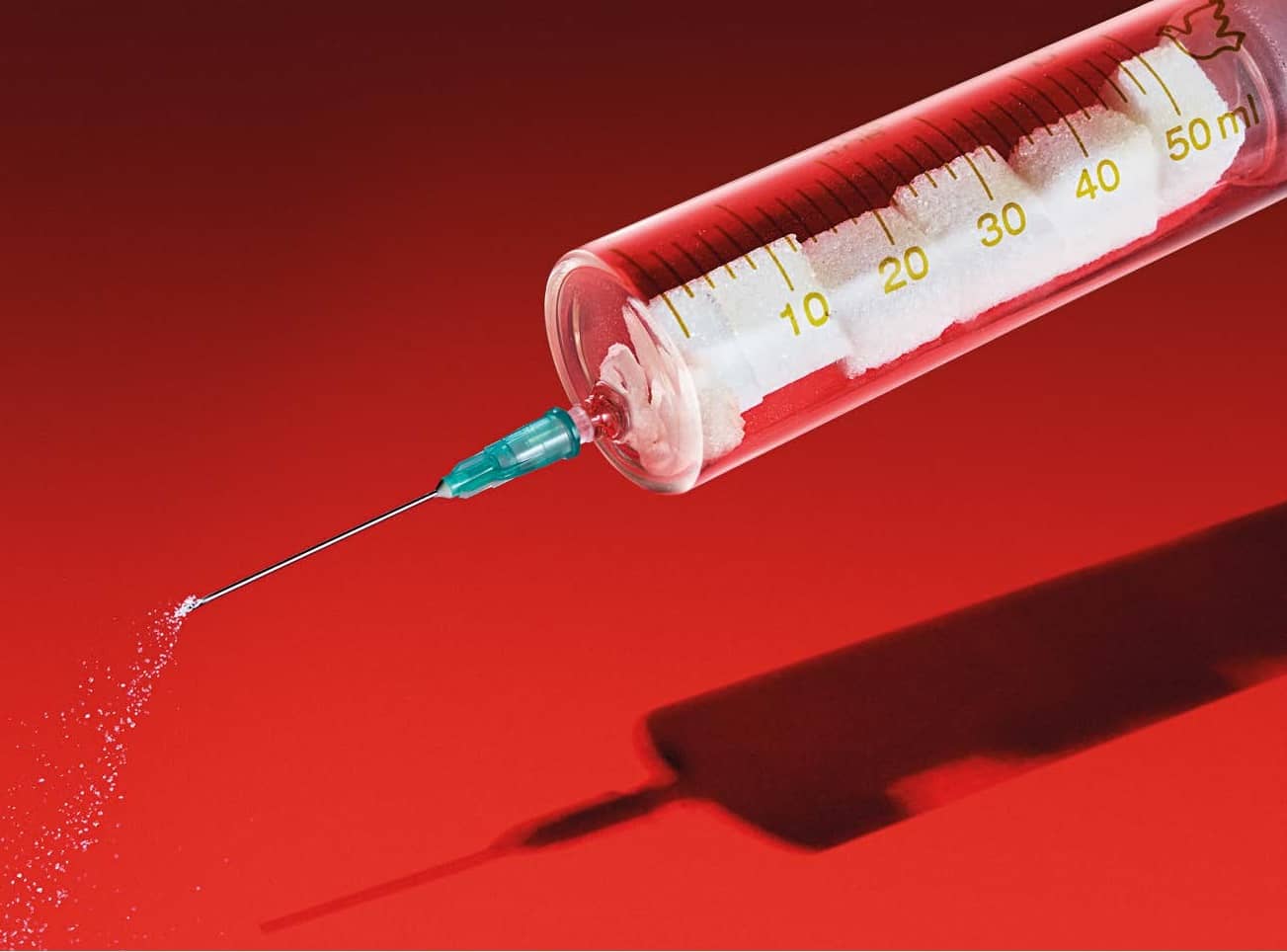 One big reason for the increase in rates is, ironically, we’re living longer. “In middle age, about one in 10 people have it, but by the time you’re 70, it’s one in five,” says Julia Critchley, a professor of epidemiology at St. George’s, University of London. But the key factor is the nation’s creeping weight gain, and men are less likely to notice.

Middle-aged men are disproportionately affected and are twice as likely as women to be living with undiagnosed diabetes. Some of this is biological: men need to gain far less weight to develop the disease. But it’s also habit. “Men simply don’t access their GPs as often as women,” says Alice Connolly, a dietitian who specialises in weight management and diabetes. “Since symptoms are often silent, most will find out they have diabetes as a result of investigations for something unrelated.” Statistics back this up: only 16% of people diagnosed have proactively asked for a test. We’re leaving a lot to chance – and, increasingly, luck is not on our side.

A Weighted Debate Then there’s our second question: why is it so under-resourced? According to Dan Howarth, head of care at Diabetes UK, much of this is simple stigma. Society can unjustly stereotype those with type 2 as “lazy people who don’t want to look after themselves”, he says, which, of course, is not the case. It’s the same reason that lung cancer receives less attention than breast cancer: people feel that the victims are to blame. Critchley concurs, citing “lack of understanding and victim blaming”.

In patients, or those at risk, this message can be internalised. Because diabetes is a disease of lifestyle, we might reason that it does not pose the same threat as something we perceive to be beyond our control, such as cancer or dementia. This lack of urgency is a problem, because type 2 can be managed effectively if it’s caught early. “Cardiovascular problems used to be the big killer [for those with type 2 disease],” says Armitage. “But recent data from Sweden shows that if you control your risk factors – don’t smoke, keep your blood pressure normal – the increased risk of heart problems is trivial.”