The Father, The Sons And The Holy S#* T! 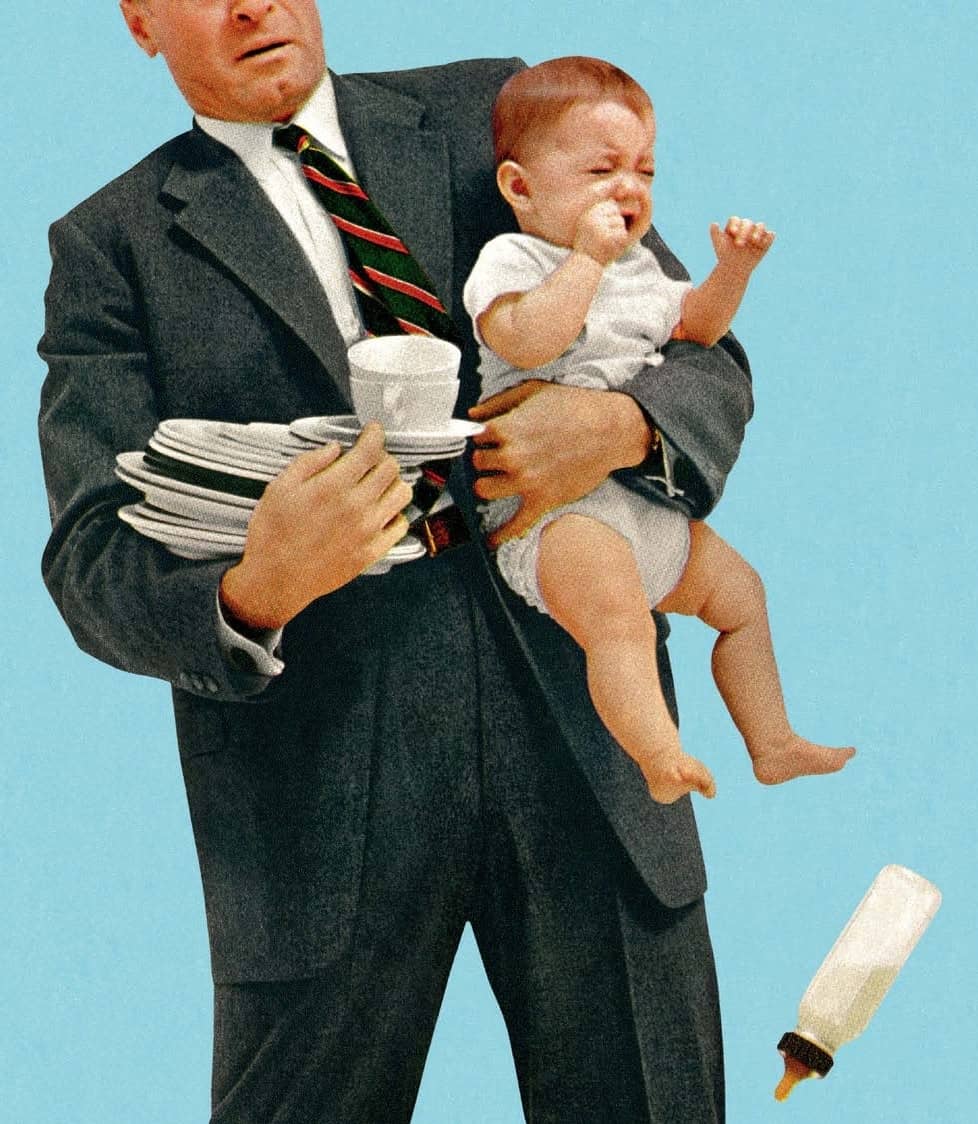 Ever wondered what it would be like to be a stay-at-home dad? Be prepared for judgment, drudgery and, oh yeah, joy.

AS EWAN MCGREGOR’S “RENTON” says of pursuing heroin as a lifestyle in the hit film Trainspotting, “the only drawback, or at least the principal drawback, is that you have to endure all manner of people” such as “Francis Begbie” (Robert Carlyle) opining that “no way would I poison my body with that shite, all the f***ing chemicals, no f***ing way”.

And while the film’s a work of fiction (and Begbie has a point), it’s telling that another person holding an opinion about one’s lifestyle choice is considered worse than being dumped out of a cab at Casualty following an overdose.

Similarly (sort of), the worst thing about working from home and looking after children while your wife wears a suit in the city is not the solitude, emasculation, repetition or domestic drudgery – though along with fun, freedom, joy, love, golf and beer, it can be all those things – it’s enduring opinions and perceptions of what it is that you do.

For a start, “Stay at home dad” is a rubbish job description. It’s a trite, outdated misnomer. Like the hideous “Daddy day care” it smacks of beardies in the ‘70s putting babies in home-made wicker chest cabooses and riding tandem bicycles. It’s less a job description as a licence to perceive. It needs rebranding. Granted it’s not like you’re piloting the Soviet submarine Krasnogvardeyets under sheet ice in the Denmark Strait. But it needs rebranding. Call it ‘top executive paratrooper man’, or something, I dunno.

I do know that eight years ago wifey and I had twin boys. Eighteen months later, another one. What were we thinking? Don’t know. I can scarcely remember it. Three kids under two? It was like the fog of war. The in-laws did some child-minding one evening, we went out, fell asleep in Tinker Tailor Soldier Spy, which is impenetrable at the best of times, much less after six months’ no sleep and a bottle of shiraz.