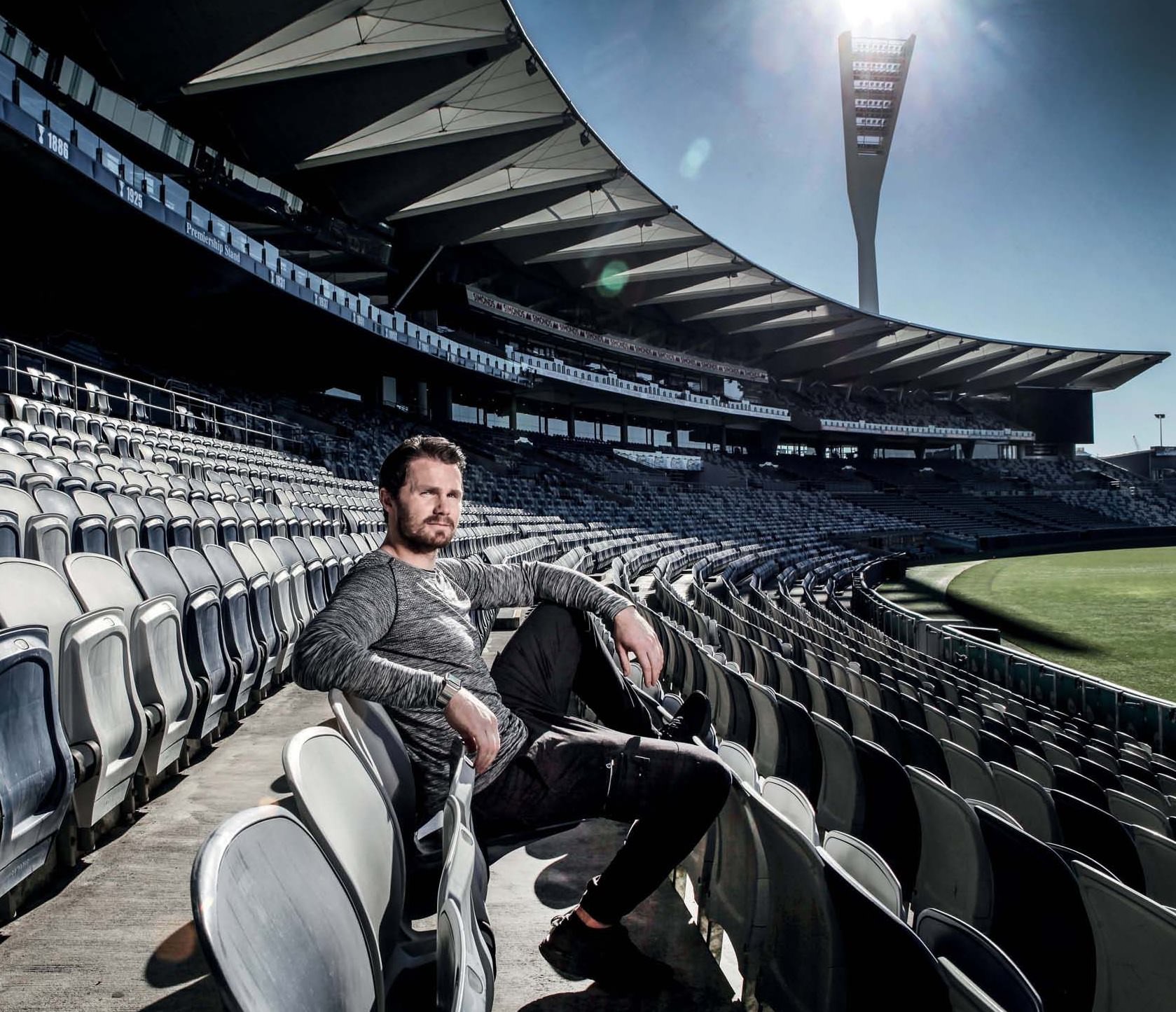 Geelong Superstar Patrick Dangerfield Is Among The Most Heavily Tagged Players In The AFL. Here He Reveals The Secrets To Performing When The Heat Is Always On

Ben Jhoty
PATRICK DANGERFIELD shields his eyes from the sun as he sits among the empty seats of the Premiership Stand at Kardinia Park in Geelong. It’s an uncharacteristically brilliant midwinter morning in Victoria’s famously sleepy coastal town and the Cats star jokes about getting sunburnt over the roar of a tractor mower that’s creeping ritually up and down the field below.

Dangerfield is in a suitably sunny mood although you suspect he’s the type of bloke who’s on the lookout for a self-effacing gag or a subtle dig. Partly this is deflection wrought from years humouring a football-hungry media, first in Adelaide and now here in Geelong. “I find if you answer things with a smile, people generally don’t go as hard as if you’re being serious,” he says. Partly it’s the influence of his club, which he says, boasts “a culture of piss-takers”. But mostly it’s just the way he is. “It’s sort of just my way. I like to have fun with things.”

He certainly has plenty to smile about. A Brownlow medallist and five-time All Australian, ‘Danger’ made a successful switch to the Cats in 2016 after eight years in Adelaide. He now lives in the coastal hamlet of Moggs Creek, a leisurely hour’s drive down the Surf Coast, in a house just 250m or a handful of torpedo punts, from the one he grew up in. When he’s not playing footy, he surfs, fishes for trout or chases around his 14-month old George.

It’s a good life . . . with a gaping hole in the middle. After three preliminary final losses Dangerfield eyes a premiership the way a seagull down on the town’s underrated pier stalks a family’s fish and chips. “It’s the success that you see one team achieve every season and everyone else misses out on,” he says. “I want a piece of that. Nothing else matters apart from that. It just doesn’t.” And just like that, as the roar of the mower fades into the distance, Patrick Dangerfield is no longer smiling. 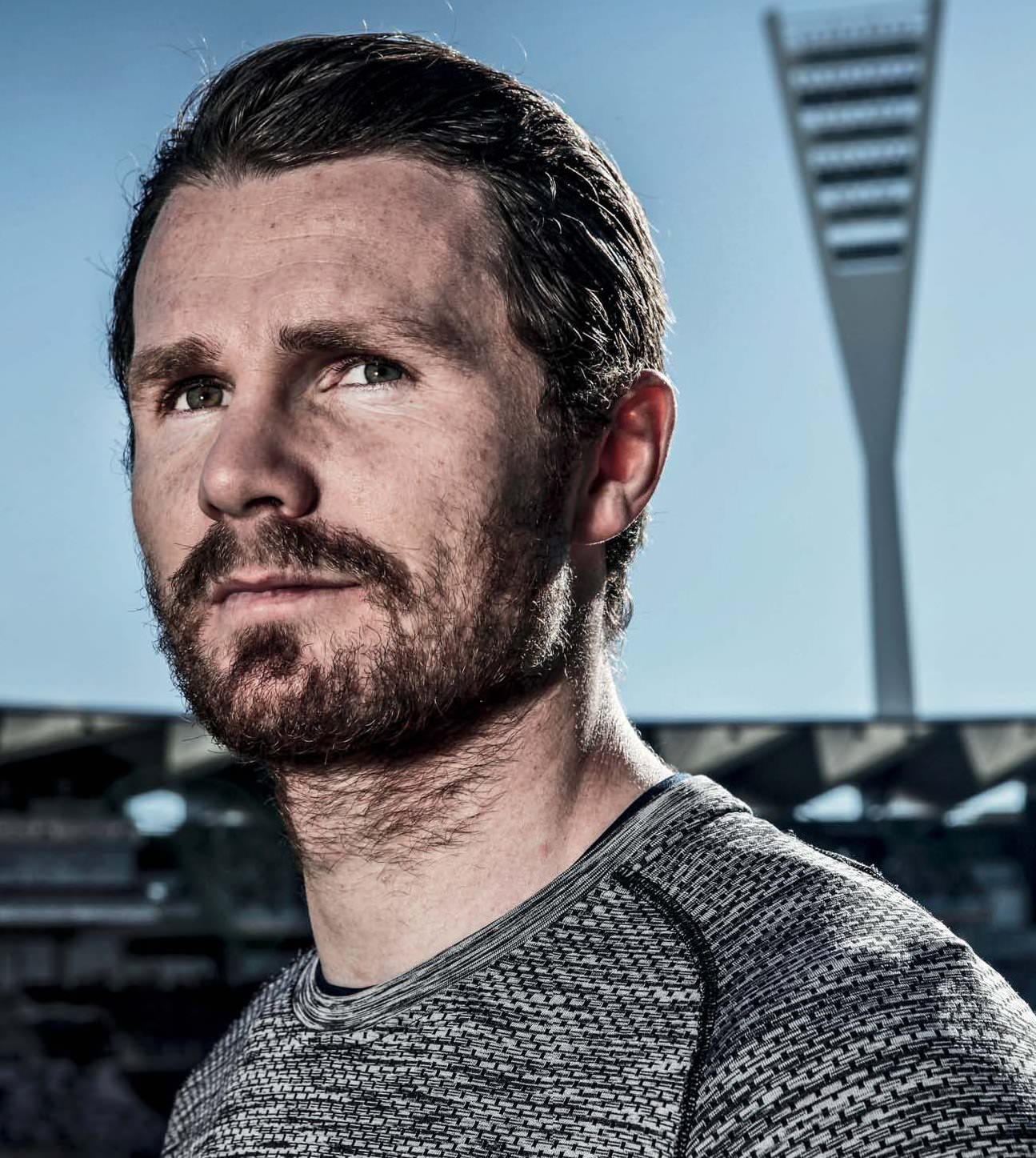 FIND THE FIRE WITHIN