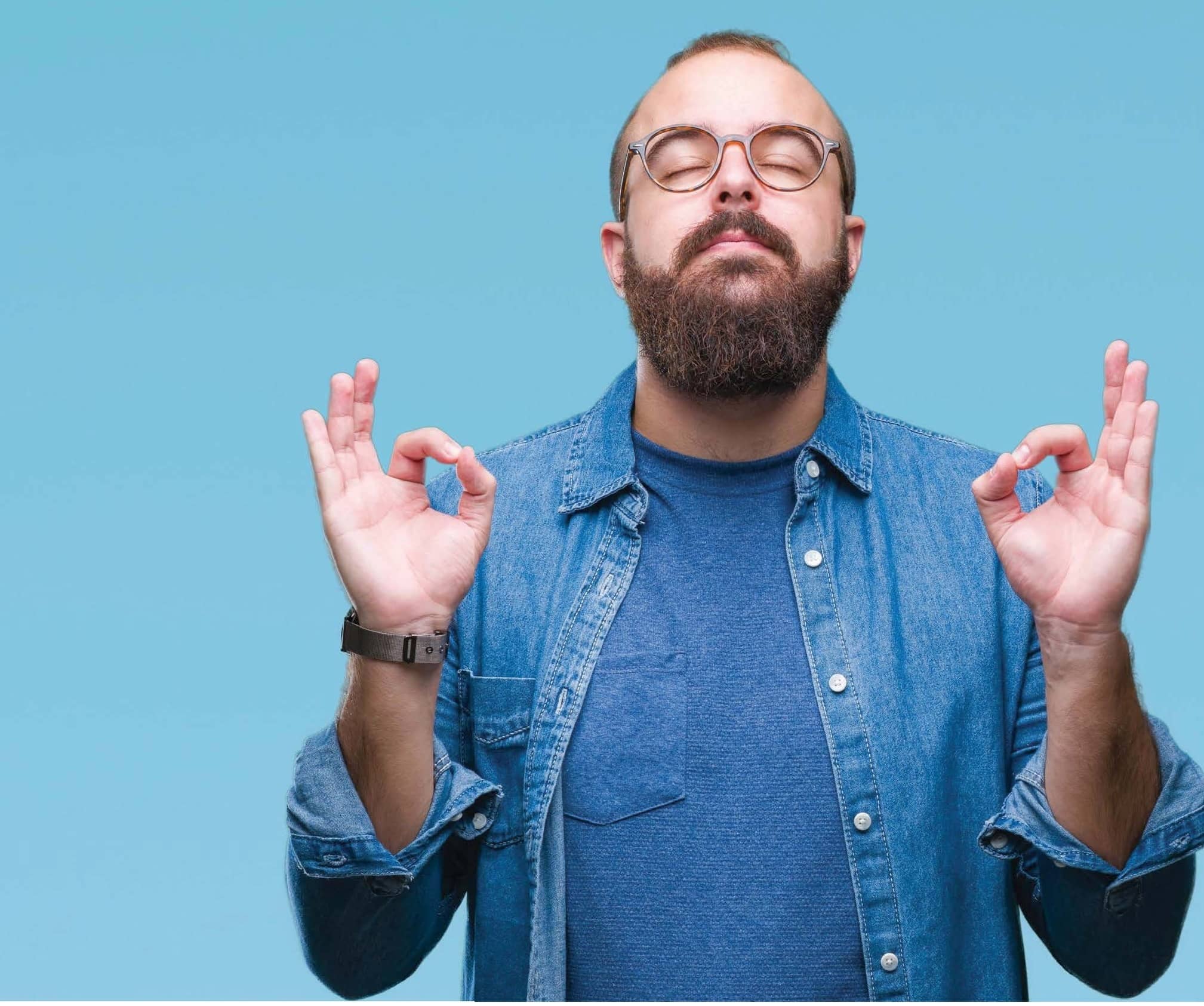 Matt Ayres asks whether striving for happiness through endless self-help books, apps and podcasts can actually have an adverse effect on our sense of wellbeing

Matt Ayres
At the beginning of 2019, I decided it would be the best year of my life.

With a list of New Year’s resolutions nearly as long as the half marathon I'd be signing up for, I set about making ‘Operation Self-Improvement’ a reality.

Meditation apps were downloaded and motivational podcasts were neatly arranged into playlists, ready to spur me on during 6am runs in the wintry drizzle. Bestselling self-help books were bunged haphazardly into my Amazon basket – a bulging library I was certain would change my perspective on my career, health and life in general.

I’d be learning a language, naturally (Japanese couldn’t be that hard, could it?), and while I was at it, why not turn the average two-bedroom house I’d recently bought with my girlfriend into the dream home we’d been planning?

Call it post-Christmas optimism or new year naivety, but I felt genuinely psyched up to transform my life in the way that so many lifestyle gurus had promised was possible. I just had to make a bit more time, work a little harder and stay focused on making good things happen.

Of course, I knew I wasn’t the only person setting aspirational goals as 2019 rolled around. I also knew that the statistics for succeeding with New Year’s resolutions were less than promising. Data by fitness app Strava suggests that by 12 January each year, most of us have already failed to keep our resolutions. Elsewhere, a study undertaken by the University of Scranton shows that only around eight per cent of people manage to achieve the goals they set for themselves at the start of the year.

Somehow these figures didn’t put me off as I began my own self-improvement journey in the first month of 2019. And while I jogged and journaled my way through January, I was struck by how many other people seemed to be doing the same.

Every other Instagram post I scrolled past showed a friend at the gym, an acquaintance discussing their healthy new morning routine or an inspiring personal essay about the importance of following your dreams. Since when did we all become so obsessed with bettering ourselves?

“Self-improvement is deeply embedded in many cultures, including the British one,” says Niels Eék, psychologist and co-founder of personal development app Remente. “We’re surrounded by advertising and social media that offers us a highly selective and frequently unrealistic image of what the world looks like. By comparing ourselves with these distortions, we feed our perfectionist tendencies.”

On its surface, self-improvement might seem like a good way to make positive changes in our lives and feel happier. Yet for many, the constant pursuit of personal growth appears to be having the opposite effect.

We may not have as much power over our lives as we think we do. Money, health, social status and personal circumstances are often affected by forces outside our control. But when the world conspires against the optimistic plans we’ve made, it can still feel like a personal failure.