Is Our Obsession With Nutrition Unhealthy? 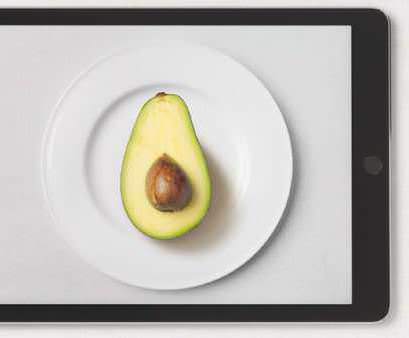 Kale, avocado, coconut these supers are now store-cupboard staples. So what's up next? Marie Claire explores our evolving attitudes to diet and asks if our obsession with nutrition is really as healthy as we think.

‘MY FOOD BLOG BROUGHT ON AN EATING DISORDER’

With thousands of followers, veganism was Jordan Younger’s full-time job. She explains how it all went wrong...

‘My relationship with healthy eating had an almost fairy tale beginning. I found the plantbased lifestyle when I was in my last year of university and, as a result, almost immediately, the wellness scene became a huge part of my life. Eating plants exclusively served as a remedy for my lifelong stomach problems, a gateway into an accepting community of like-minded individuals who became close friends, and it also lead me to develop a career as a well-known wellness blogger. Plus, I felt great about being the picture of health to friends and family. It made me feel powerful, and like I was doing something right.

‘Fast-forward to a year and a half later, and things still looked pretty – on the outside. I was a full-time health food blogger with an Instagram following of 75,000 plus. I wrote daily about my healthy recipes (complete with compulsory colourful photos), and I was considered a bona fide expert in the realm of veganism. But on the inside, I was suffering. Most of what I ate consisted of green vegetables, low-glycemic fruits and the occasional nut. I started developing nutritional deficiencies without even realising it, and I could hardly even allow myself to think about how deprived I felt because I was so tied to my lifestyle.

‘On top of that, I started to develop “food fears”. During this time, I even came to believe that cooked vegetables were ‘bad’ and didn’t contain enough nutrients. But even though I knew things were getting out of hand, my blog and social media presence made me feel like I couldn’t stop.