The Man Who Used Cows To Cure His Terminal Cancer 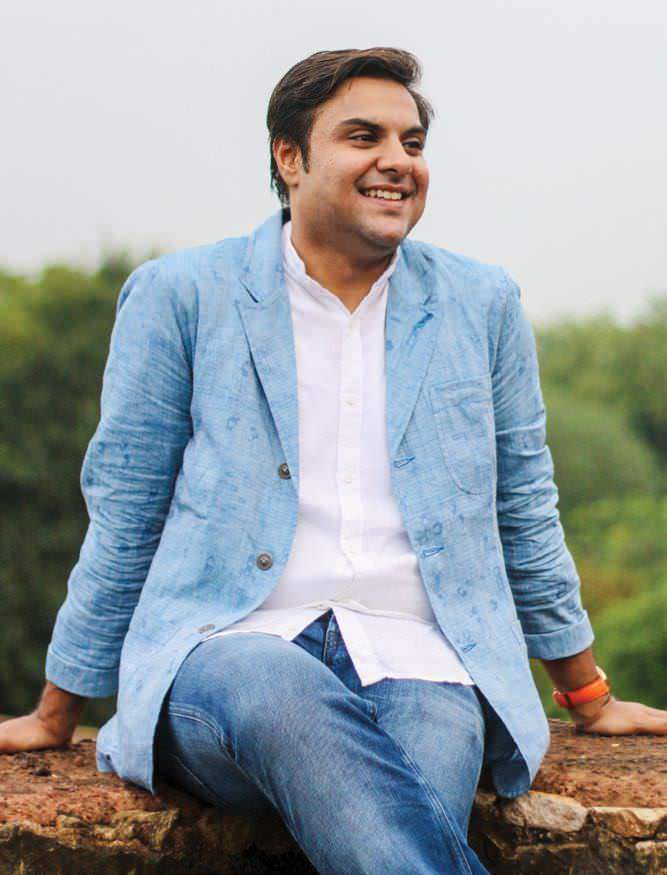 Four years ago, 37-year old Amit Vaidya, an LA-based entertainment industry honcho, was given six months to live, on account of his terminal stomach cancer. He travelled back to India to die, but accidentally discovered the properties of cow therapy drinking cow urine and raw milk, with fresh gobar baths. The fascinating story is now detailed in his book Holy Cancer: How a Cow Saved My Life, out this month.

Amit Vaidya and I went to high school together in 1994, at the American Embassy School, in New Delhi. We were drama geeks, involved in all plays, musicals, conventions and talent shows. He was a kurta-wearing, chubby kid, one year my junior, with a larger-than-life personality, an operatic singing voice and an infectious laugh.

My most vivid memory of him from this time is one he has no recollection of. We’d just finished a rehearsal and walked out into the sunny school courtyard, and for some reason, I asked to look at his palm (I fancied myself a budding mystic at the time). I was shocked by what I saw. It was covered in what seemed like thousands of tiny criss-cross lines. “Amit, do you worry a lot?” I asked, in complete surprise. My boisterous, always-ready-for-a-laugh friend suddenly became serious, seeming much older than his age. “Yes.”

Amit’s most vivid recollection of me from these years is one that I, in turn, have no memory of. We were on a flight back from Karachi, where we’d travelled for a drama convention. We were sitting next to each other in the middle of a cramped row of other classmates. Amit says he was overcome by a dark feeling, as though life was hopeless,and he turned to me and said as much. He remembers that I responded, “Hey, come on now, it’ll be OK.” To me, hearing this all these years later, it hardly sounded like lifechanging stuff. But, to Amit, it was. He says it made him feel instantly better, as though he wasn’t alone, as though somebody cared.

Of course, we lost touch. I eventually landed in New York in advertising, and then moved back to Delhi. Amit, I heard through the grapevine, was in LA, doing exceptionally well in the entertainment industry. He had also excelled academically, garnering a PhD in economics, no less. Years passed and when we connected again, we were in our thirties and both of us were about to embark on a new chapter in our lives.

I had married recently, living in my in-laws’ house in Delhi, waiting for my British visa to come through so I could join my husband in London. Amit had recently come to Delhi after years in New York, where he had taken care of his mother through the last stages of her brain cancer, after having fought his own cancer battle.