Protected by the Divine 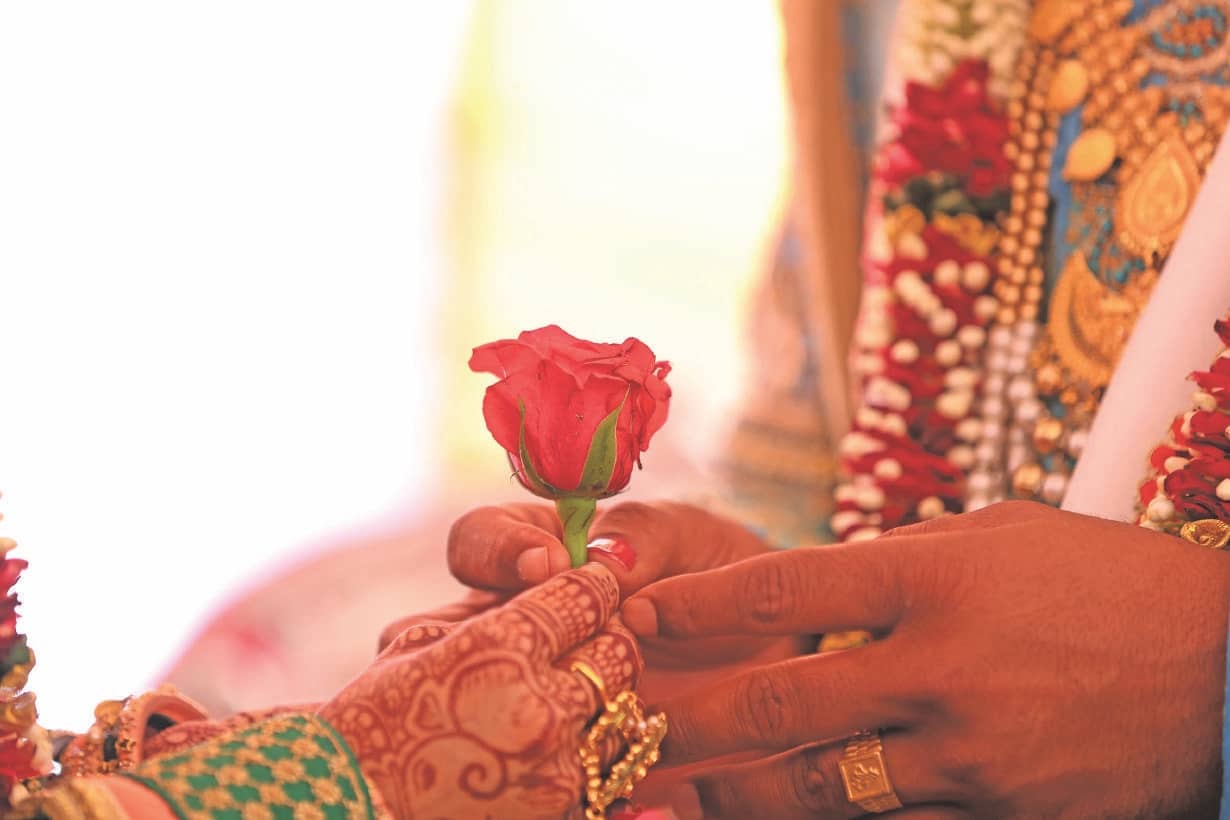 Lalit Modi narrates an amusing account of the events leading up to his marriage, which was blessed by none other than the Divine Mother from Pondicherry

Ours was an arranged marriage, arranged by our families, arranged by the society, and prearranged by the Divine. I went ‘bride hunting’ from Pondicherry to Porbandar, with stopovers at Chennai, Bombay, Ahmedabad and Rajkot. I finally descended on Kirti’s house like a head hunter from Borneo. Kith and kin arranged the meet.

All eyes on the bridegroom

I sat on a sofa which was a shade too low for my six-foot height. I almost felt that I was sitting on the floor with folded legs! With one glance, I observed that the family was honourable, cultured, disciplined, hospitable, and conservative. The head of the family was the oak-like grandpa, a strongly built sixfooter with a Gandhi topi adorning his head. Beside him sat Kirti’s puny little grandma, hyperactive and enthusiastic. Kirti, the coy and compact bride-to-be, sat beside the protective grandma, her vocal ally. The gentle parents and her colourful aunts with heads covered with their psychedelic saris, and the obese middle-aged uncles of various sizes and shapes, arrayed around me as in a battlefield. All the elders looked serious and curious like a jury but were infallibly polite. More than half a dozen tiny tots sat before me, gaping at me as if I were from a zoo.

On that day, I gathered a large share of inquisitive eyeballs from all sides. But the most powerful ones were the searchlight-like ones of her brother Raju. I felt nervous and shook like an autumn leaf. He opened the proceedings of the summit by asking me where I was from. When I offered that I was from Pondicherry, most of the assemblage betrayed disoriented expressions. A smart kid got up and ran into a nearby room and came back in a jiffy with an atlas. Many heads pored over the map to locate Pondicherry. Another child pointing out to Cherrapunji in Meghalaya declared that he had learnt in Geography that it was a hilly region having rainfall throughout the year. Calmly and patiently, I pointed to the southern peninsula and showed them Pondicherry’s location.

The bespectacled brother looked hard at me as though I was an alien from Mars. It seemed his spectacles would crack any minute. But behind the tough look, there appeared to be a deep concern accompanied by deeper furrows on his forehead. Breaking traditions, the brother did not allow his sister to carry the traditional tray of tea and cookies for this ‘prospective bridegroom’ and his entourage. Instead, he did the honours himself. Like a courageous knight in shining armour, I accepted the cup of tea from him with the comment: “Raju, you seem to be an all-rounder like Kapil Dev,” to break the ice. The wisecrack did not amuse Raju. I noticed that all the while, he was trying to assess this ‘stranger’ in his confused mind.