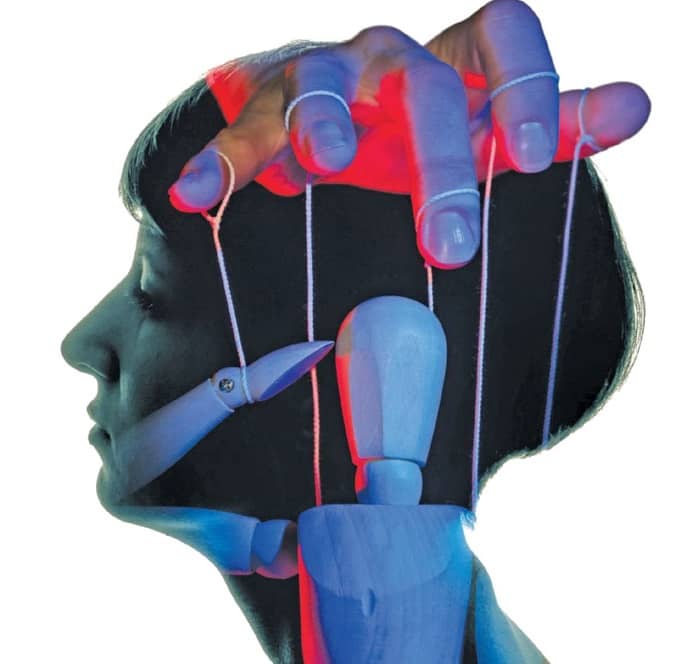 Prof AVR Rao
Manipulators are all-pervasive, and every one of us has adorned that hat at one time or another. But its gravity looms large when manipulation becomes a habit. It is a trait which can be inherited, inherent, imitated, or developed over time by anyone. Manipulative people prey on the conscientiousness, good nature, and helping attitude of virtuous people since it is easy to hoodwink, mislead, and exploit them.

Manipulation is a type of psychological influence used to change the behaviour or perception of others through indirect, deceitful, concealed, or unethical tactics. Manipulators selfishly use behavioural and emotional tactics to make others act or desist from acting. They are quite dangerous. They believe in—what Shakespeare says in Macbeth—‘fair is foul, and foul is fair.’ Often, they make even good people commit heinous crimes. The best examples are the villains and schemers in the Ramayana and the Mahabharata and also characters like Lady Macbeth in Shakespeare’s drama. Another example is that of spouses manipulating their partners to estrange them from their own kith and kin.

Depending on the situation and the interpretation of the viewer, manipulating can either be positive—guiding, moving, and operating for the benefit of the recipient—or negative—demeaning, scheming, calculating, and destroying.

The trait of manipulation can show up in various facets of human behaviour: love, hate, affection, indifference, likes, dislikes, bias, fairness, favouritism, nepotism, impartiality, and so on, and also in various spheres of human interaction: families, workplaces, political arena, sports, professions, practices, and virtually in all areas of society. Managing and saving oneself from manipulators becomes more difficult when the manipulator happens to be a close friend or family member or relative because, if you get affected adversely, it is not easy for you to cut off their relationship for various reasons.

How to identify manipulation?

There are many tell-tale signs that manipulators display and these will help you to manage them or even outsmart them. But you have to take care that such signs are not just one- off behaviours before shunning their company or reacting to their manipulative behaviour. Because there is a risk of our branding them as manipulators when they are, in fact, goodnatured people, occasionally straying towards the manipulative path.

Some of their well-known techniques are listed below with plenty of related examples, which are a day-to-day experience of one and all.