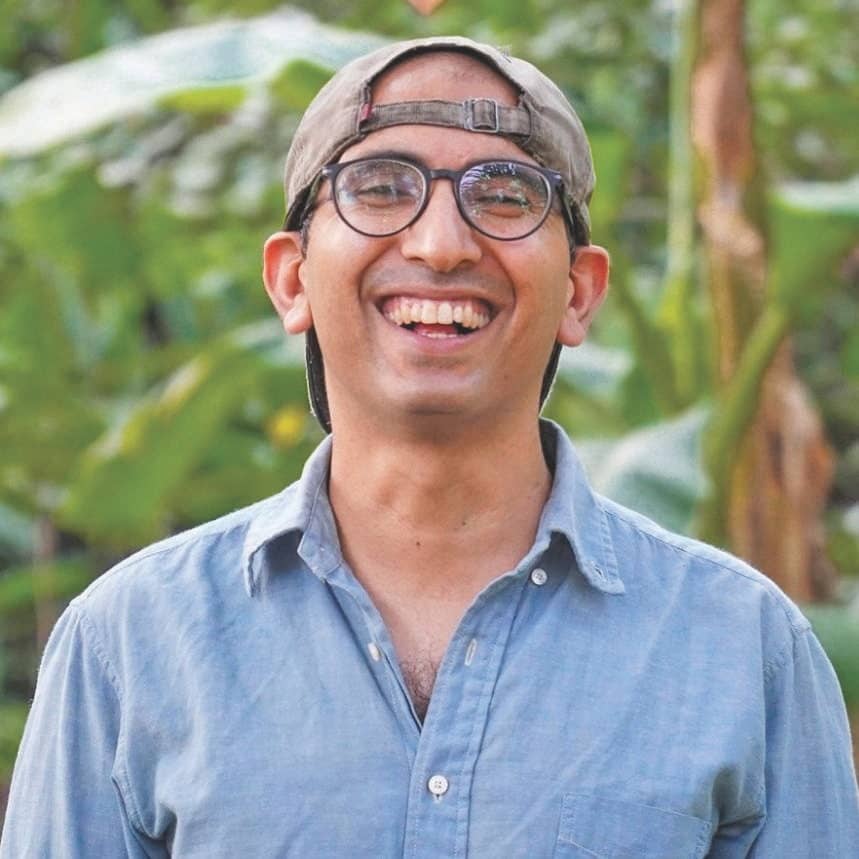 Since the last few decades, our world has been slowly turning into a very cruel place where the meaning of compassion and empathy has got lost in the fragments of changing times. A lot of catastrophic events like wars and pandemics have taken place, which has changed the course of humanity. Moreover, the current times we live in have placed a seed of delusion in our minds, where fulfilling materialistic desires is more important than living together in harmony and peace. Money and power have corrupted the human mind and have distanced all of us from our virtues.

A while back, I was surfing through social media when I came upon a page called ‘Peepal Farm,’ where the pinned post was that of a young, enigmatic man telling his life story. I started watching the video and was completely moved by his profound words and philosophy. The guy in the video was Mr Robin Singh, founder of Peepal Farm. His non-profit organisation is a natural, organic farm in the Himalayan foothills, near Dharamsala, India, and deals with animal rescue and organic farming. I was intrigued by his journey from being a tech geek in the US to a social worker with the motive of ending the suffering of animals in India and, therefore, decided to make his story reach as many people as possible. So I contacted him to know more about him and his work. Over a telephonic conversation which lasted for more than an hour, Mr Singh gave me more insight into his life and work, and taught me a thing or two about how we all can bring about change and make the world a better place in such tumultuous times. Below is an account of that conversation:

Q. Tell us something about yourself and your life before Peepal Farm. I started my career when I was 17 years old by getting into hacking. I got caught while doing that, so that is something I am not really proud of. It helped me meet a guy who was running a software company. He said I can use my skills for making money and doing good work by creating websites. So, while I was doing a lot of freelancing, I sent an email with the wrong email ID. Through that email, I got in touch with a guy named Danny from Arizona, USA, in 2000-2001 and started working with him. For a couple of years, Danny was very frustrated because of the distance between India and the USA and persuaded me to come over to Arizona and work together. I took up his offer even though I had never planned on going there. Eventually, I ended up going there in 2003 with my wife, whom I married in 2002. Over there, I started a company called Digital Delivery that I was running till 2011. So, around 2008, I had an option of either running the company in a chilled way and let it go on its own, or I could make it into a 100-milliondollar company. I chose the former option as I didn’t want to work much and still be able to earn. That was the goal. I had achieved that goal, and by 2011, I was financially free. I had everything I ever wanted. I had a nice house, a nice car, and I could travel anywhere in the world and live a life I wanted to live without having to work many hours every week. That gave me some time to pause and think about what exactly I was doing with my life, and I realised that I was foolish and that was no way to live.

Q. When was the exact moment in your life when you realised that you are not satisfied with what you have?

When I achieved everything I ever wanted. I can’t pinpoint an exact moment. It’s a phase because you have everything you ever desired for and, suddenly, you realise there’s nothing left after achieving these things. Today’s generation only wants money, power, and success, but the truth is that 90 per cent will fail. Not everyone can be successful and financially strong. This is how the system is structured. There can only be a few winners. Some achieve it and become the boss, while others try to be winners all their life. Not everyone can run a company and employ a thousand employees to work under them. Now, these employees are the ones who try to become the boss and spend their whole life doing so, yet they don’t succeed. This is the sad part of the story, and what’s even sadder is that the one guy who wins realises that all this is completely empty. He reaches the top of the mountain of dirt to grab that one rose, only to realise that he has lost the sense of smell because once you are there, you are like “Now what?” It’s a panic response where you completely start feeling clueless and end up doing things out of restlessness. It’s not a well-thought-out life. Money helps you get things, but it does not solve all your problems. Intellect and drive solve problems.

Q. What was the turning point in your life when you decided to start Peepal Farm?

It was not a point, it was a phase. You could say that it was an accumulation of experiences. In 2011, when I got fed up with my life, I was not happy. I wanted to find happiness and returned to India in early 2011. I left my company and thought about various things which could make me happy. I thought of being a traveller, became a hippie, tried a few things for 18 months, after which I decided to go to Auroville as I always wanted to do so but never got a chance earlier.

At Auroville, I met this woman named Lauren. She was very old, anaemic, and broke. Despite that, she was helping 40-60 stray dogs by collecting the leftovers of food from nearby restaurants. I felt very ashamed thinking that even though she has nothing, she is helping others and is somewhat happy. I have everything a person wants, and I’m still thinking that I am not happy. This was the time I told myself that I have to change the focus of my life from just receiving to giving. Lauren inspired that. I already had those seeds planted in me by my mother as her ancestors were all freedom fighters, and my mom used to talk a lot about Lord Buddha and Baba Nanak. She would have liked me to walk that path. That meeting with Lauren watered those seeds inside me. I wrapped up my life in the States and joined Lauren in 2013.

Q. How did you start Peepal Farm?