“I learn from everyone” 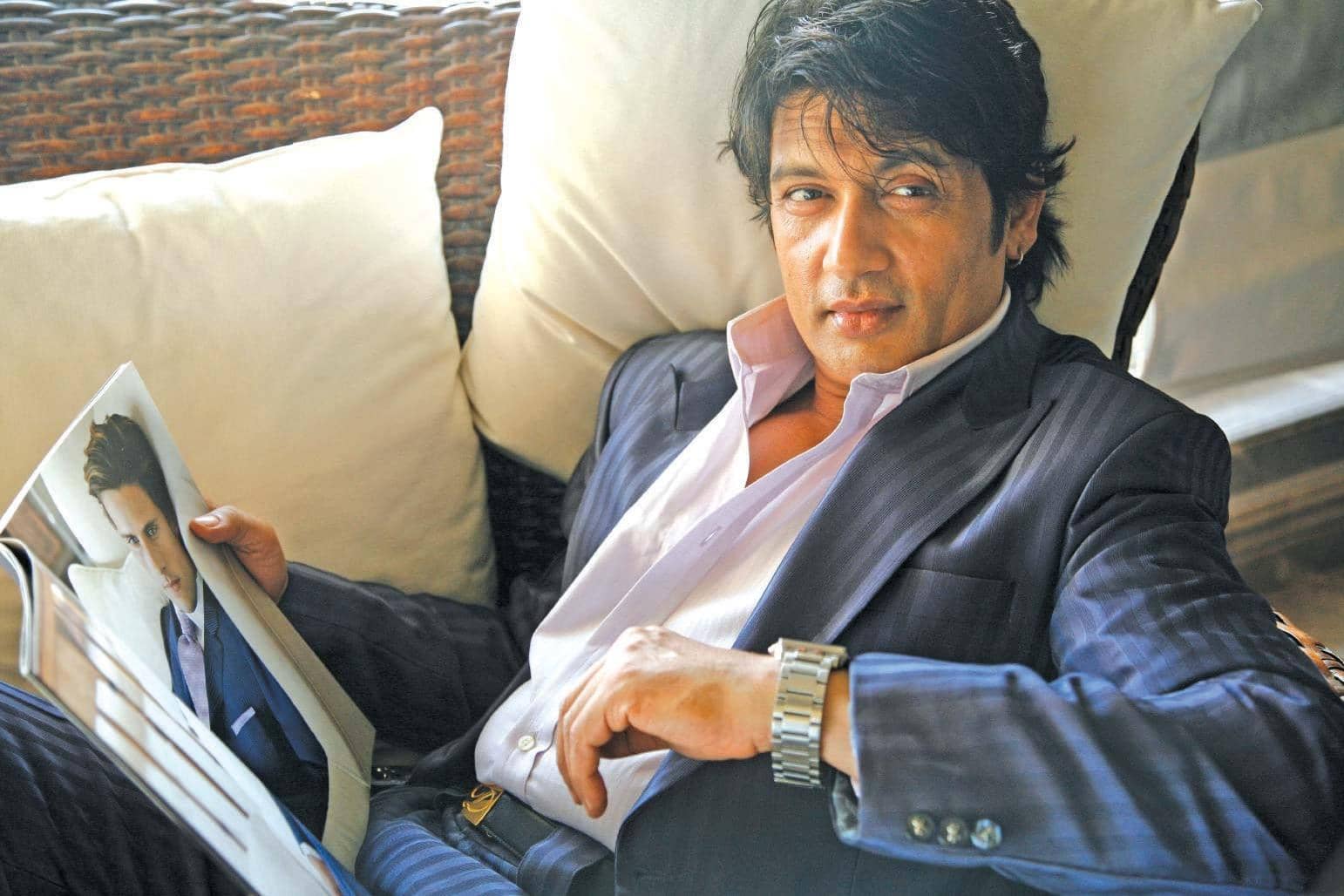 Shekhar Suman opens up to Rishi Rathod about improving through self-effort, keeping the ego in place, and dealing with the loss of his beloved 11-year-old son to heart disease

After changing the schedule a couple of times, I finally got the chance to interview Shekhar Suman at his residence at Lokhandwala in Andheri, Mumbai. The area is known as a place of abode for many TV and film personalities. As I entered his house, I could feel a distinct difference from the outside world. While, outside, it burnt with scorching October heat and noisy traffic, inside, the peace and quietude was disturbed only by the occasional chirping of birds. The walls were covered in a pastel shade of mint green, over which hung paintings and artefacts in contrasting colours, creating a subtle dance of creativity and play. On my right was an open balcony with two chairs that overlooked the green mangroves merging with the distant horizon. The entire place was picturesque.

Suddenly, I could feel footsteps rushing down the stairs, and before I could get up, Shekhar was up close, shaking hands with me. I was pleasantly surprised to see that he had the body of a professional bodybuilder, the energy and enthusiasm of a youth, and the charisma of an icon; yet, he was extremely down to earth. I was overwhelmed but somehow gathered myself and commenced the interview.

I have been watching you for years and could not help but think that you are always working on yourself. It’s not easy and I am sure you have encountered difficulties. How you do you manage or deal with them?

I have encountered every possible roadblock that a human being can ever imagine. Roadblocks and impediments are part of life. No matter what you want to do, a couple of deterrents are already waiting for you. I guess one has to have the mindset: “I will cross all roadblocks. I may slow down, but I will never stop.” It’s like encountering a speed breaker while driving. You slow down but then you go over it and pick up speed later on. Life is full of hurdles. It is not a bed of roses as people think it to be, and when they look at celebrities— people who have made it—they always look at the end results. They don’t see the means, they don’t see the trials and tribulations that have gone with it. I guess I come from a family that believes in perseverance, diligence, determination, and focus. I always keep these things in mind and they keep me going.

People start believing in their projections, especially celebrities, but you seem to have a good head on your shoulders.

I think it largely and squarely depends on the kind of upbringing you have had. If you have a family that is grounded and level-headed, you are likely to follow suit. You are taught to be humble because everything is transient in this world. People who walk around with swollen heads either take their success for granted or are delusional, thinking that their success is everlasting. I guess it is very important to be grounded, to be human first. I come from a simple middle-class family, and I have retained the values that my parents taught me. Apart from this, your schooling, your friends, and the company you keep are very instrumental in shaping your character. I have seen the mightiest ones fall, so there is no point in being proud of your achievements. You should be happy to have inspired others. But I don’t think one needs to take it too seriously, that ‘it is my success,’ ‘I’m a celebrity.’ I don’t think I am a celebrity. Since I am in the glamour business, I am seen on the screen and everywhere else. I am recognised, but I am as much a celebrity as you are because you probably have a talent that I don’t have. So that makes you a bigger celebrity than me. If you think like that then probably all these things don’t matter.