Eating to Live or Living to Eat? 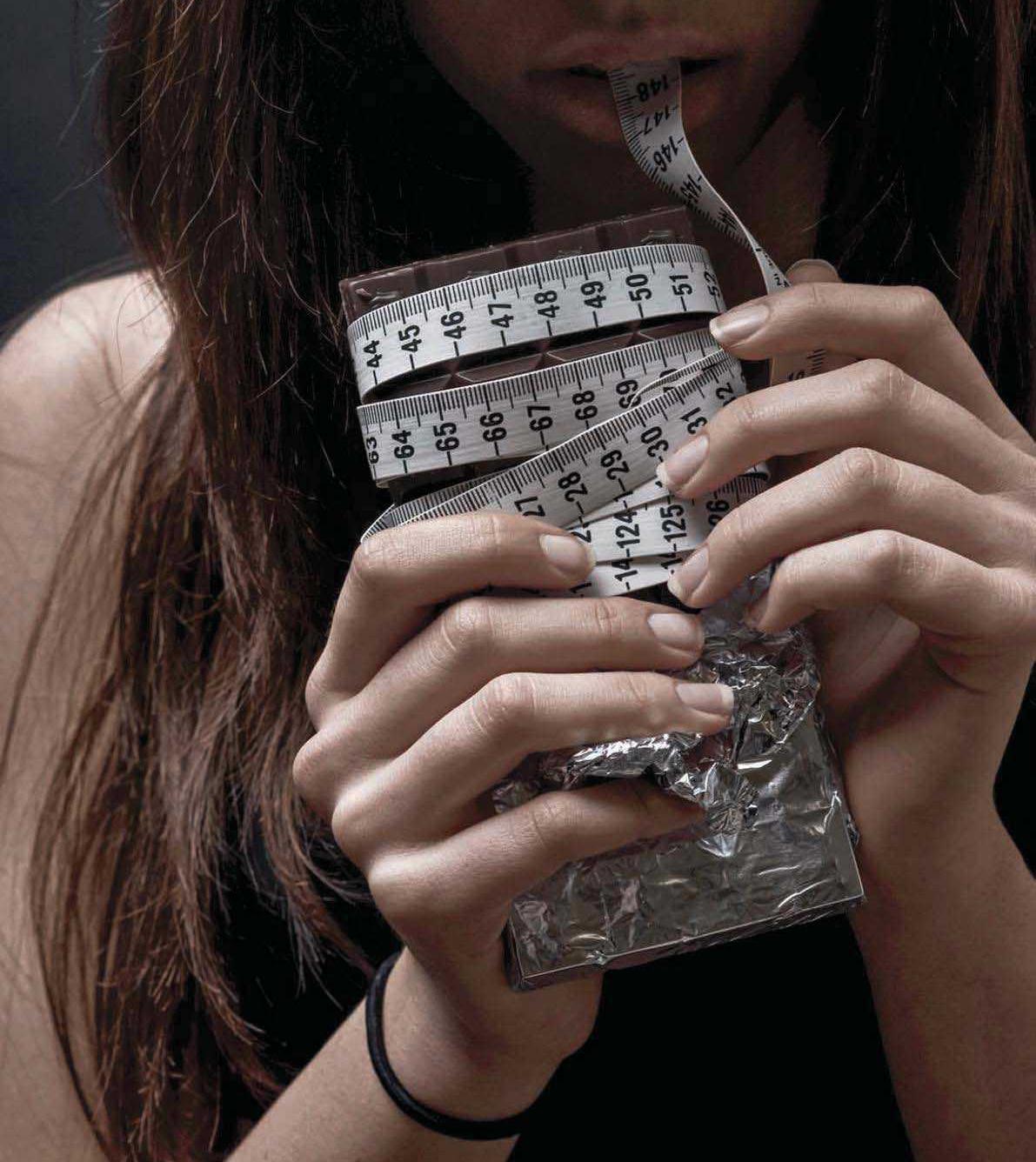 Stigma and stereotypes are keeping Latinas from getting the help they need and deserve. Here’s what to do and what to say if you or someone you love is in trouble.

The two most common eating disorders among Latinas are not what you think they are...

LIKE SO MANY OF US, RACHEL*, A 27-YEAR- OLD MEXICAN AMERICAN WRITER FROM CHICAGO, STARTED DIETING IN HER TEENS. Nothing too serious at first, just the usual high school weight-watching. But then, after she fell into a depression at age 17, she noticed a dramatic and confusing change in her habits. “When I started getting anxious, or if I ate something not on my diet, I would binge,” she says. “The more I ate the more upset I would be later, and then I would eat again to help myself feel better. I knew something was wrong, but I didn’t know I had a disorder. Dieting is so socialized in our culture, it’s hard to know when you have crossed the line into unhealthy behavior.”

People use food for comfort sometimes, but during a true binge eating episode, a person typically feels out of control, and quickly eats a large amount of food—for instance, piece after piece after piece of toast, a whole box of cereal, or several candy bars. For some, severe binges may go on for hours, to the point of physical pain. Like a lot of people with binge eating disorder (B.E.D.), Rachel tried making up for her binges by working out extra hard, or trying to diet. “I used to think of myself as a ‘fat anorexic’ [since I restricted my food, but I was overweight] because I thought I had a disorder, but I couldn’t even do that right!”

What Rachel found out a few years later, when she finally found help at the Eating Recovery Center of Houston, was that she had binge eating disorder, a condition a lot of people haven’t heard of. A recent Harvard study of 1,400 Latinas found that more than two percent had B.E.D. and as many as six percent had some type of “other specified feeding or eating disorder” or OSFED, which means a person’s eating is disordered, but doesn’t fit in perfectly to categories like bulimia or anorexia. Someone with an OSFED might binge eat, for example, but not as often as someone with full blown B.E.D. does, or might restrict their food like an anorexic, but not become dangerously underweight.