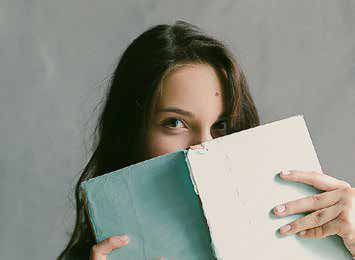 There is so much hoopla for hypersensitivity as a new condition. It has always existed. It was, in fact, Dr Samuel Hahnemann, MD, the father of homeopathy, who first formulated the concept and estimated that 10 per cent of his patients were hypersensitive. Well, the fact also is homeopathy, as always, looks out for the initial sensitive cause and treats the whole person. In so doing, it helps to resolve their sensitive disorder and establishes balance to their sensitivity so that the world becomes a friendlier place to live in.

As a physician, I first started to notice significant numbers of hypersensitive patients in the early 1980s, when a cluster of special people descended on my office. They claimed that they reacted vehemently to the slightest dose of medication — even with alternative modalities like herbs and vitamins, oxygen therapy, colonics, or parasite therapy. Conventional and alternative practitioners alike refused to believe them, saying “My other patients all react well to this treatment.” The hypersensitive patient almost felt accused of torturing the physician with this inexplicable behaviour. “I really can’t do anything for you,” these doctors would say, recommending a psychiatrist instead.

The alternative practitioners were worse, if anything, believing that the benevolent action of their gentle vitamins could not possibly harm a patient. Newspaper articles quoting leading professionals were no help; one headline read, “Hypersensitivity to the environment and many other factors, medications included, are the result of a psychosomatic attitude.” Or, in other words, “It’s all in your mind.” The word ‘psychosomatic’ is a great invention for getting doctors off the hook. Of course, it really stands for the true mind-body connection — but not in this context. Instead, physicians use ‘psychosomatic’ to dismiss the patient as a “nut case” or as someone “on the verge of a nervous breakdown.” The patient feels rejected and insulted. What’s even worse, s/ he often loses family support, is abandoned by friends and starts questioning him/herself: “Am I really going crazy?”

Since these hypersensitives first emerged in large numbers in the early 1980s, they have been labelled “universal reactors” and having “multiple chemical sensitivity [MCS].” Not that it has helped these unfortunate victims in the least to recuperate — but at least their disorder was given a name, or official recognition that they suffer from something more than just a mental disorder. “It’s better than nothing,” hypersensitives tell me. “At least my family doesn’t call me crazy, or lazy, anymore.” And, new syndromes have emerged with hypersensitivity as one of their primary features — or, even their only feature. The patients who flocked to my office in the early 1980s suffered from Chronic Fatigue and Immune Dysfunction Syndrome [CFIDS]. A large percentage of them exhibited multiple food and environmental sensitivities, among their myriad symptoms.

It took ten years before CFIDS was recognised by the official medical world: in 1990 the Centers for Disease Control [CDC] finally acknowledged the existence of this condition and formulated diagnostic criteria. And, the concept of multiple chemical sensitivities was not really taken seriously until Gulf War Syndrome emerged — in which more than 25,000 young, healthy males suffer from the same kind of universal reactivity which was formerly thought to occur only in ‘hysterical’ women. The official explanations have included the industrial pollution in Saudi and nerve gas deployed by Saddam Hussein. The real reason is being covered up: the toxic cocktail of experimental anti-nerve gas and vaccinations to which these soldiers were subjected, without any information, or consent.

Is this kind of hypersensitivity a new condition? It has always existed; Dr Samuel Hahnemann, MD, the father of homeopathy, first formulated the concept and estimated that 10 per cent of his patients were hypersensitive. Today, the real numbers are grossly underestimated. 40-50 per cent of the population suffers from some form of environmental, or food sensitivity, ranging from some sneezing and snuffling and occasional constipation to severe asthma, or allergic reactions, to perfume, carpets, paint, or gasoline. In extreme forms, the body even reacts to itself and the patient develops an auto-immune disorder, such as ulcerative colitis, or Crohn’s disease. And, the numbers are ever increasing.

What has turned human beings into a race of hypershy/