The Application Of The Law Of Similars In Homeopathic Clinical Practice 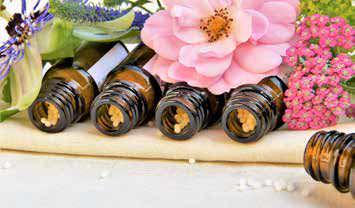 It is to be presumed that all homeopaths agree on the universal law of cure appertaining to the exclusive therapeutics of our healing art. Dr Samuel Hahnemann, MD, the founder of homeopathy, has fully explained, by logical arguments, to be found in the 53rd to 56th paragraphs of his Organon, that there can be no other possible law applied for the cure of the sick than the law of the similars.

The first question presenting itself to the student of homeopathy is: what is to be cured in each individual case of sickness? In paragraph 12, we find that the totality of the symptoms constitutes the disease, that through them alone an expression of the needed assistance can be given. In this paragraph Dr Hahnemann undertook to, and did, show the utter folly of the materialism of the prevailing school of medicine, which resorts to a symptomatic cure-method and, and how they only succeeded, at times, in suppressing, not curing, single symptoms by contrary remedies; suppressing them only for a short time, to reappear, after the palliation has ceased, with more vigour than before.

It is obvious that the totality of the symptoms observed on the sick cannot be met with by a totality of the symptoms known to belong to a proved drug, and it is not supposed that equal attention is to be paid to every one of these symptoms, or that they are of equal value. Dr Hahnemann gives a satisfactory and exhaustive explanation of the value to be attached to the symptoms found in the sick. This explanation we find in paragraph 154. In this paragraph Dr Hahnemann says: The remedy which resembles in its especial, peculiar, and extraordinary [characteristic] symptoms of the diseased condition, in the greatest similarity, and in the largest number, is the specific curative remedy of the case, and generally cures it, without considerable sufferings, in the first dose administered.