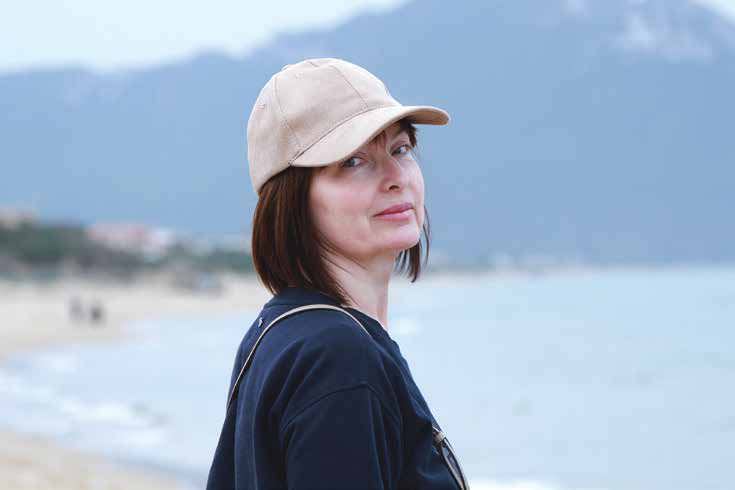 Homeopathic treatment has helped millions of women go through the change of life, or menopause, without the dangerous side-effects of conventional drugs. Besides its comprehensive emphasis on the patient’s detailed symptom-picture, her individual constitution, overall health and medical history, past medicinal use, mental, physical, and emotional state, the advantages of homeopathic treatment are just as obvious — minimal cost and long-lasting, safe healing effects.

First, the big question. How safe is the menopausal medication oestrogen, the most widely prescribed drug in the USA? Answers may be years away, and yet 1.3 million American women who enter menopause each year must decide whether it outweighs possible links to cancer and other illnesses.

Oestrogen has been prescribed since the 1940s to ease hot flashes, headaches, vaginal dryness, insomnia, mood swings and other signs of menopause, when the body’s natural supply of the hormone declines. Studies performed in 1975 show oestrogen [Premarin] increased the risk of cancer of the endometrium [the uterine lining]. By 1980 the drug was back in favour with the use of progestin [a synthetic progestogen with effects similar to progesterone], a second hormone taken with oestrogen that appears to reduce the risk of endometrial cancer. In recent years, the medical establishment has strongly promoted oestrogen because of evidence that it protects postmenopausal women against osteoporosis [the loss of bone mass that can lead to deformities and crippling fractures], cardiovascular disease and, perhaps, Alzheimer’s.

This is being done, in spite of the strong evidence that continued administration of so-called conjugated oestrogens increase the risk of cancer in both animals and human beings. Studies have shown an increased risk of endometrial and breast cancer. There is also a three-fold increase in the risk for gallbladder disease. Other serious long-term risks include blood clots, stroke, liver cancer and tumours, high blood pressure, heart disease, glucose intolerance with symptoms similar to diabetes.

In spite of mounting scientific evidence about long-term adverse effects, most physicians try to persuade women to take Premarin or other hormones, while emphasising on the negative aspects of menopause. Keep in mind that no matter what product you use, long-term hormone replacement therapy [HRT] increases the risk for cancer and many other serious, or fatal, illnesses.

Many women do not remain impressed by the propaganda of the pharma-industry for long. The Massachusetts Women’s Health Study showed that about 40 per cent of women on hormones soon quit taking their medication, or took them intermittently. 20 per cent never filled their prescriptions. Women are saying, “Wait a second…” The possible direct side-effects from HRT are bleeding, bloating, nausea, weight gain or mood changes [at a cost of up to US$30 per month].

The Premarin industry is a multi billion-dollar enterprise. An estimated eight million women are currently taking the drug. In addition to increasing the risk of disease in older women, this industry is taking its toll in another population: young female horses. The Premarin industry spells misery and death to hundreds of thousands of horses and foals. Premarin is produced from the urine of pregnant mares. The young mares are impregnated, and fitted with a rubber collection cup attached to a hose. They are kept in stalls for the entire duration of pregnancy, and re-impregnated as soon as possible after the birth. Most young foals are usually killed as a byproduct of the PMU [pregnant mare urine] industry, while some are kept to replace worn-out mares.

Women unwilling to take hormones for the rest of their life have other options. Most physicians suggest moderate exercise, no smoking, and eating a low-fat diet high in nutrients. Exercise helps to control weight gain, bone density, blood pressure and cholesterol level, and ease hot flashes, sleeplessness and anxiety. In addition to change in lifestyle there is the option of homeopathic treatment.

Homeopathic treatment can reverse osteoporosis after it has already been established.

Homeopathic treatment has helped millions of women through the change of life, without the dangerous side-effects of crude conventional drugs. Homeopaths do not assume from the beginning that a woman who is going through the change of life is necessarily in need of a medicine. In order to prescribe a medicine for actual menopausal symptoms, homeopaths consider the complete symptomatology of the patient, her individual constitution, overall health and medical history, past drug use, mental, physical and emotional state. The advantages of homeopathic treatment are obvious. Besides its minimal cost, it has long-lasting effects. The remedies do not suppress symptoms, but act as a stimulus to the person’s ‘vital force’ to balance an existing disorder.