Hamamelis: When Lack Of Respect Leads To Depression 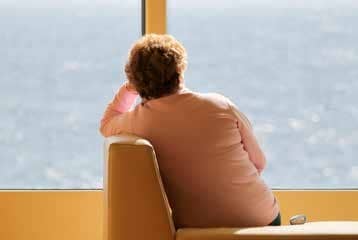 The homeopathic Hamamelis is most useful for individuals having a ‘fixated’ feeling that they are not suitably acknowledged, or valued, by others. The resultant outcome? Emotional problems and a certain susceptibility to health issues — the foremost among them being depression alongside profound irritability at trifles.

Hamamelis [witch-hazel], also known as spotted elder, is indigenous to North America. The herb was first used as a ‘linctus,’ by native Americans for bruises, wounds, cuts, joint and muscle pain, and aching menstrual cycles, among other ailments.

Hamamelis Virginiana is a popular homeopathic remedy. It has a well-documented profile in the treatment of haemorrhoids [piles] and varicose veins. It is suggested to fortify the blood vessels as well as augment the competence of circulating blood too, all through the body.

Hamamelis is best suited for people who have a nagging sensitivity — they think that they are not subject of due respect and appreciation that they deserve from others in the community. This undulating feeling pervades their thought process, as also their psyche, while affecting them emotionally. This may also, perforce, be the latent, possible trigger for their illness. This want of respect leads them to feel lonely, as also disappointed. What’s more, they feel that they are ignored, or snubbed. Such feelings reach the crescendo when they are ill, eventually causing depression. This cascades their emotions, besides leading them to feeling unwanted — a clear ‘encumbrance’ within the family and social circles.

Hamamelis heals haemorrhoids and varicose issues, especially in individuals predisposed to bleeding, particularly in women, during their periods, or anyone that presents with nosebleed. The remedy also has a certain utility value in eye disorders — when the symptoms ‘match.’

Hamamelis is most useful for individuals having a ‘fixated’ feeling that they are not appropriately valued by others. The resultant outcome? Emotional problems and a certain susceptibility to health problems — the foremost among them being depression alongside profound irritability at trifles, or unimportant things that are, otherwise, inconsequential to most people.

Hamamelis is often prescribed to treat venous bleeding that takes a long time to cease, or heal, more so nosebleeds. It is just as useful for chilblains — swelling of the hands and feet owing to exposure to cold — aside from tender [sensitive to touch], or engorged, veins.

What clinches the issue for the remedy in bleeding haemorrhoids is the presentation — the piles protrude, throb and itch. This may also be compounded by nosebleed.

According to Dr William Boericke, MD, the legendary homeopath, author, and teacher, Hamamelis is often a ‘remedy of choice,’ when the following symptom-characteristics are prominent —

Head. Wants ‘the respect due to me’ shown. Feeling as of a bolt — from temple to temple. Fullness, followed by epistaxis [nosebleed]. Numbness over frontal bone.