Erigeron: When Pain Leads To Despair 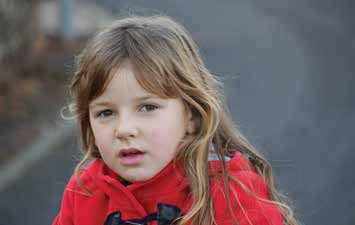 The homeopathic Erigeron Canadensis personality presents with a nagging sense of great despair — bordering on futility. This desolation, in more ways than one, is powerfully characterised by genitourinary disorders and painful urination, among other symptoms.

The homeopathic remedy, Erigeron Canadensis [Canadian fleabane], is an annual native plant that grows to 1 m [3 ft; 3 in] by 0.5 m [1ft; 8 in]. It flowers from June to October; the seeds ripen from July to October. The species is monoecious — individual flowers are either male, or female — also, both sexes can be found on the same plant. It is pollinated by bees and flies. It is also famed for attracting wildlife.

In traditional herbal medicine, the plant is boiled to make steam for sweat lodges, arouse sneezing during the course of a cold and burned to generate a smoke that wards off insects. In recent times, it has been praised for its causticity and employed for gastrointestinal disorders, such as diarrhoea and dysentery.

While some clinicians have found the plant useful for bleeding piles, or haemorrhoids, native literature is replete with its other therapeutic effects — anti-rheumatic, diuretic [promotes increased production of urine], emmenagogue [stimulates menstrual flow], styptic [a substance capable of stopping bleeding when applied to a wound], tonic, and vermifuge [medicine for worm infestation]. Erigeron is also a part of medicinal antiquity — a ‘potion’ of the plant was used by some old-time herbalists in North America to treat diarrhoea and internal bleeding, or applied externally to treat gonorrhoea [venereal disease] and bleeding piles. That it was used as a dependable uterine stimulant and to ease swollen, or inflamed, tonsils with ulceration and inflammation of the throat [a la strep throat], aside from menstrual irregularities, is also documented.

Erigeron Canadensis — or, Conyza Canadensis — was first introduced into homeopathic medicine by Dr Ring, MD, in the United States. As he wrote in The New York Journal of Homeopathy, “I have had two cases of dysuria [painful urination] in teething children, which yielded to no remedy until I made use of drop doses [2-3 drops, every 2-3 hours] of a tincture of Erigeron. The symptoms in the two cases were more particularly pain, so as to cause a great deal of crying on voiding urine; the calls for which are frequent. The secretion was abnormally increased and had a ‘very strong’ odour. The parts externally in the two female children were very much inflamed, or irritated, with considerable mucous discharged. The children were very fretful at all times.” He adds, “In dysuria of children we have found this remedy excellent. The ‘provings’ furnished by Dr W H Burt, MD, of Iowa, seem to show that this homeopathic remedy has some specific relation on the kidneys.”

The Erigeron personality presents with a nagging sense of great despair — bordering on futility. This desolation, in more ways than one, is powerfully characterised by genito-urinary disorders and painful urination, among other symptoms.