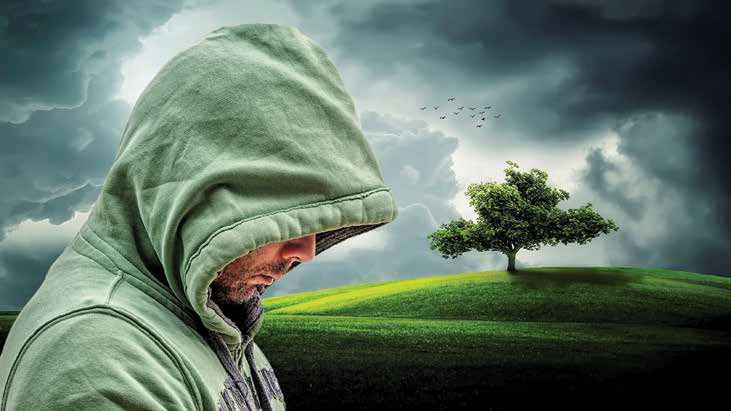 Emotions control our bodily functions: fear makes our heart beat faster, roots us to the spot, and covers us in cold sweat. Anger makes our blood boil. Disappointment and grief reduce our energy level, weaken the immune system, and sow the seeds for chronic diseases. There’s nothing to worry — when there’s holistic help available with homeopathy.

The body reflects our temperament; choleric people, who explode like volcanoes, develop diseases that have a sudden and acute onset. People who tend to withdraw from the world and suppress their emotions develop insidious and chronic diseases, as their body is too weak to fight disease-causing circumstances with an acute fever.

The following section will shed some light on frequent emotional issues.

The case studies illustrate the inner development after the administration of a homeopathic remedy. There are, of course, many more remedies to address the emotional issues of individual persons. Here I have chosen remedies that characterise the core of the treated problem.

During the first consultation many problems come to the surface having been carried along like heavy burdens for many years. I often hear: “I have never spoken to anybody about this.”

In the Western world, the direct expression of feelings is mostly a privilege reserved for little children. Soon, starting partly in kindergarten, and certainly at school, the environment sets clear limits as to the direct expression of emotions — and, it is often seen as a sign of weakness. Our educational system encourages the intellectual development in children disproportionate to their emotional competence: they barely learn how important it is to be mindful of their own feelings and those of others.

Persons who learned to suppress their emotions early in life have great problems developing respect for their inner life. They allow others to intrude on their personal boundaries and do not defend themselves because they fear being rejected.

When emotions are constantly repressed without being expressed, the body responds to the bottled-up internal pressure. Constantly swallowed anger can trigger — according to our individual imprints — stomach ulcers, digestion problems, gallstones, high blood pressure, and the like.

Staphisagria. Staphisagria — Stavesacre — is an effective remedy for bottled-up emotions and anger. Staphisagria persons are overly sensitive to their environment and are easily offended. They are quickly disappointed, often feel rejected, and tend to ‘swallow’ their anger and resentment. They react with withdrawal, and don’t show their feelings.

Long suppressed emotions weaken the vital energy, and, thus also, the body. Accordingly the mood is rather sad and depressed. Occasionally, the bottled-up anger bursts out in violent tantrums about seemingly harmless issues.

A classical Staphisagria situation is a partnership which caters only to the needs of one partner — usually the man. Many women tell me about the difficulty to participate actively in their relationship. Quite often, they do not know their own needs. They are used to repress their own feelings, and instead care for those of their partner.

On the physical plane, Staphisagria is often used for the treatment of sharp cuts, making it a good post-operative remedy for surgical wounds. An incision ‘wounds’ the physical integrity without any possibility of defence. It intrudes into an intact body system by disrespecting natural boundaries. There is no visible struggle against this trespassing. The pain remains in the body — it is repressed and claims much energy.

Picture this: women especially were, and still are, emotionally and physically ‘circumcised.’ A case in point: the ritual genital cuttings of women in Africa.