The State Of America 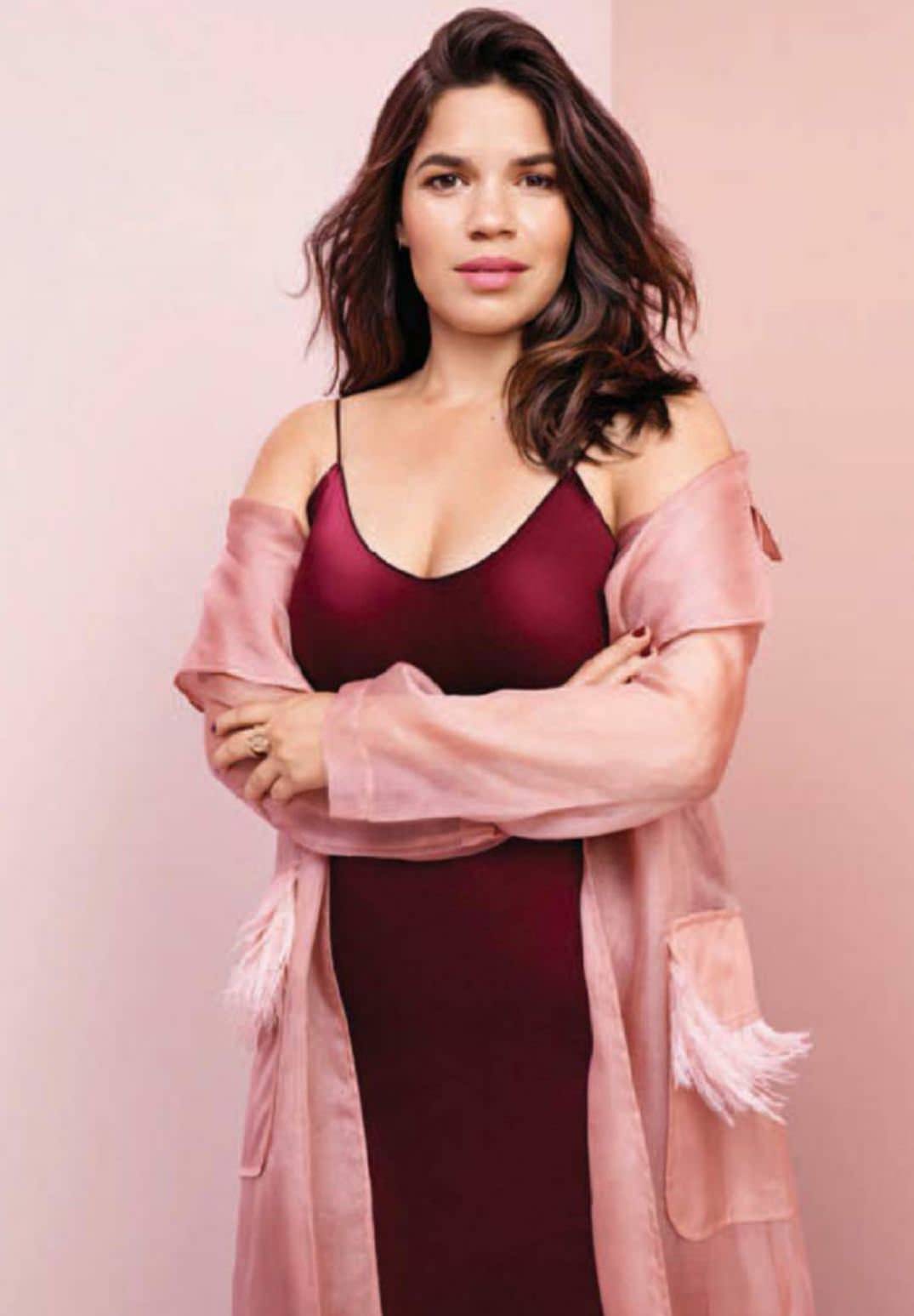 From fighting for what she believes in to the importance of practicing self-care, the actress and activist gives us an intimate glimpse into her life right now.

Bethany Heitman
OVER THE PAST few years, America Ferrera has accomplished a tremendous amount. She teamed up with her husband, actor and writer-director Ryan Piers Williams, and actor Wilmer Valderrama to cofound Harness, an organization that aims to support vulnerable communities through conversations meant to inspire action. She spoke in front of hundreds of thousands of people at the 2017 Women’s March in Washington, D.C. She became a founding member of Time’s Up, an organization addressing the systemic inequality and injustice women face in the workplace. She edited American Like Me, a book of essays from prominent figures about growing up between cultures. On top of all this, she’s been producing, starring on, and sometimes directing NBC’s hit show Superstore. Oh, and in May she gave birth to her son, Sebastian (Baz for short). So she’s dealing with that whole new to-motherhood thing.

It’s a lot. But if you think this is going to be a story about how a busy modern woman finds balance, you’re wrong. Because focusing on how she juggles it all instead of her amazing work would be reductive.

For America, it was never an option not to fight for what she believes in. “I’ve always felt a very strong sense of right and wrong, of justice,” she explains, in between sips of her matcha latte at Dimes, an eclectic eatery in New York City. Even the 34-year-old’s acting roles are centered around telling stories that aren’t often told—from her first big role playing Ana in Real Women Have Curves, a movie about a teen girl carving her own path while still loving her immigrant roots, to the working-class Amy with real-life issues on Superstore.

Read on as America discusses being a new mom, body acceptance, and why she strives to make the world a better place.

First, congrats! You’re a relatively new mom. Was pregnancy anything like you expected?

It’s interesting. Every step of the way, everybody tells you what it’s going to be like and how you’re going to feel. I really think that is so harmful to so many of us. I decided early on that I wasn’t going to expect my experience to be what other people told me it would be like—good or bad. Every woman I know has a different experience of pregnancy and motherhood.

Has parenthood changed your relationship with your husband at all?

It’s absolutely changed us as individuals. It changes what we talk about and what we focus on. For so long, it’s been just the two of us, and we’ve had an amazing life together. I don’t know that either one of us could anticipate how much we love him and how it makes everything new again. We’ve traveled to many wonderful places, and we’ve seen many things—and just getting to imagine that somewhere down the line everything that we’ve already done and seen, Baz will be seeing for the first time... it’s amazing.