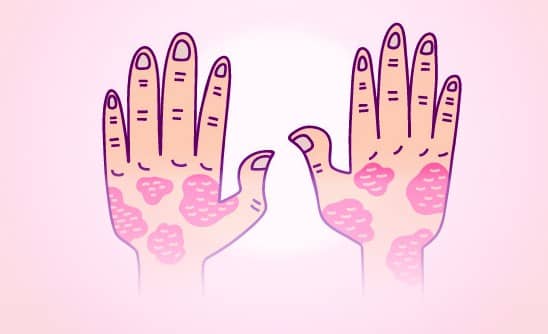 The world of a child with eczema is an itchy one.

An often-misunderstood problem, eczema brands a child as “different”. Some may avoid the child out of fear that the disease is contagious (it isn’t), while others may find the child’s appearance a good enough reason to bully the child (and it really isn’t). Hence, parents of children with eczema are almost always concerned not only about the child’s flare-ups but also about the child’s psychological well-being.

If you are one such parent, take heart. This month, paediatrician Dr Erwin Khoo Jiayuan explains why eczema occurs, and how parents can help their children manage the symptoms as best as possible.

WHAT GIVES RISE TO ATOPIC DERMATITIS?

According to Dr Erwin, there are actually a few types of eczema. Usually, though, when we mention “eczema”, we usually refer to a specific type of eczema called atopic dermatitis. Therefore, to avoid any potential confusion, from this point on, “atopic dermatitis” will be used instead of “eczema”.

Our skin has many layers, and the outermost layer, stratum corneum serves as the natural skin barrier. This barrier helps to keep out foreign matter such as germs, allergens, dust, pollutants and more.

In someone with AD, the natural skin barrier function is disrupted. If we think of the barrier as a wall, the disrupted barrier is like a wall that has loose or missing bricks. As a result, foreign matter can slip through these ‘cracks’ in the barrier. When this occurs, our immune cells detect the unwanted guests and surge to the affected area to eliminate these guests. This triggers the inflammation in the skin of someone with AD.

SO, AD IS CAUSED BY DISRUPTION OF THE SKIN BARRIER?

Or, perhaps it is the other way around; it is AD that causes the disruption of the skin barrier! Dr Erwin explains that as of now, we do not have all the answers yet.

Dr Erwin adds that there is another hypothesis, the hygiene hypothesis, which states that early exposure to germs and dirt may reduce the risk of development of AD, asthma and allergies. This is still a controversial, muchdebated hypothesis and will likely remain so until we learn more about how AD comes to be. 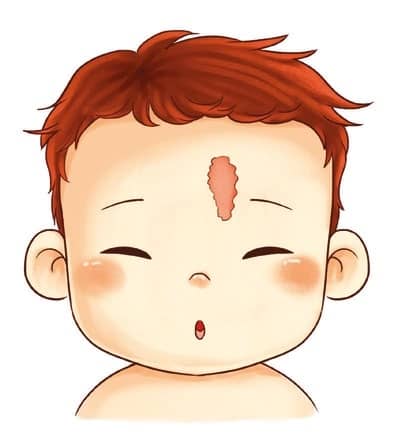 WHAT DO WE KNOW ABOUT AD, THEN?

AD IS NOT AN ALLERGIC REACTION

Therefore, tests commonly used to detect allergies, such as the skin prick test, are not accurate in detecting AD.

However, many healthcare professionals consider AD to be part of a ‘family’ with allergy and asthma. That family is called the atopic triad.

!! The link between AD, allergy and asthma is still subject to much debate among the medical community. Some data suggests that allergy can increase the severity of the symptoms of AD, while others suggest allergies caused by airborne triggers such as pollen as well as food allergies play little to no part in worsening the symptoms of AD.

However, from what we can gather from available research data to date, the link likely exists.

People with AD generally have higher rates of allergy-related conditions.

Up to 80% of children with AD develop allergic rhinitis (hay fever), asthma or even both later in their childhood. This progression is known among the medical community as the allergic or atopic march (Figure C).

HOWEVER, NOT EVERY CHILD WILL EXPERIENCE THE ALLERGIC MARCH.

Therefore, we shouldn’t panic when our child has AD. The paediatrician can advise on how we can manage our child’s AD and reduce the risk of our child developing these conditions. Dr Erwin shares some advice on good AD management next.

WHAT PARENTS SHOULD KNOW ABOUT ATOPIC DERMATITIS

IS THERE A CURE?

As of now, we don’t have a cure. Fortunately, we do have treatment options to address the symptoms of atopic dermatitis (AD).

HOW WILL AD AFFECT MY CHILD?

DISAPPEAR? DOES THIS MEAN THAT MY CHILD IS CURED?

Different people with AD experience varying cycles of flare-ups and remissions. Some remissions may last for several years!

WHAT CAN CAUSE A FLARE-UP?

Identification of specific triggers for your child’s AD is best done with the help and advice of your child’s paediatrician. For example, the paediatrician can conduct tests such as patch test to identify substances and chemicals that could trigger a flare-up.