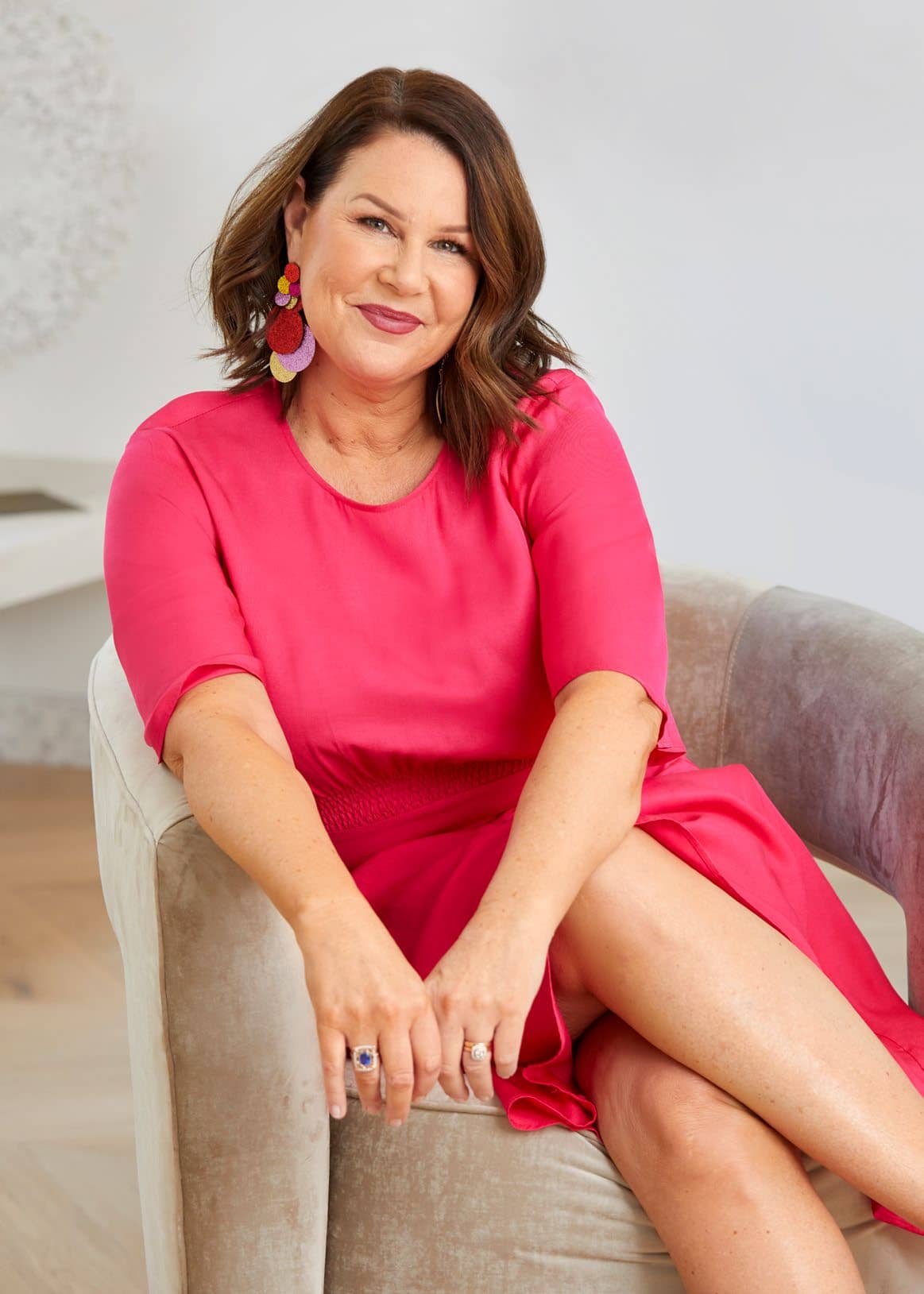 From battling the bulge to dealing with professional burnout, Australia’s first lady of comedy, julia morris, opens up to paul ewart about the newfound health revelations shaking up her life
Paul Ewart

Straight-talking, self-deprecating, and incredibly frank, Julia Morris is the kind of celebrity that Australia needs way more of.

Armed with a wicked sense of humour – and an infectious cackle to go with it – she has spent the last 30 years making us laugh, whether it’s on the stage as a stand-up comedian, or on our TV screens via a string of top-rating shows. All the while, she’s a wife and mother to two young girls so to call her life ‘busy’ would be an understatement. 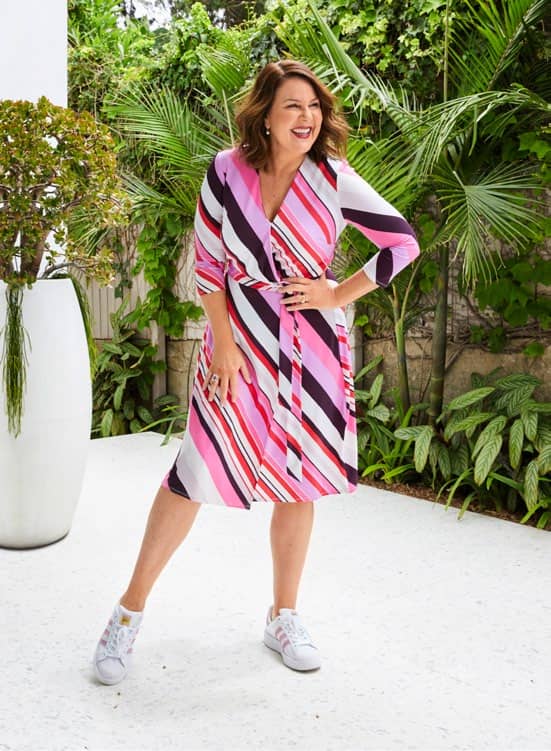 Over the past 12 months in particular, a succession of high energy, prime-time shows – including I’m a Celebrity... Get Me Out of Here!, Blind Date, and Sunday Night Takeaway – left the 51-year-old feeling exhausted and frazzled. Proving that age-old maxim ‘something has got to give’, in Julia’s case it was her health.

“I’ve definitely spoken about burnout before,” she tells Good Health & Wellbeing, “but I don’t think I had actually experienced it until we finished shooting Takeaway last year. Then I was like: ‘Oh this is burnout.’ 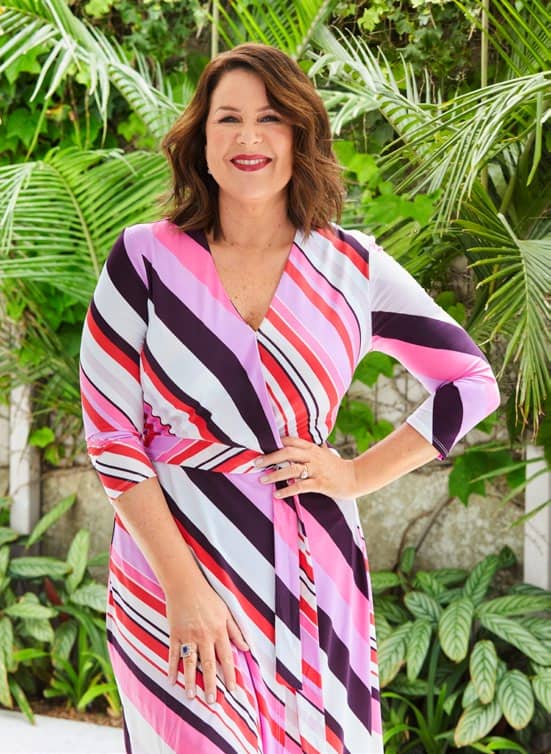 I asked my husband Dan and my lovely psychologist: ‘Am I depressed?’ I didn’t understand what was happening. I got a cold and ended up taking to my bed for three weeks. I got up only to drop the girls to school and to pick them up, other than that I spent the rest of my days upstairs in bed watching Netflix.”

So, how has Julia remedied the stresses of an epic work schedule? True to form, it has nothing to do with meditation, massage, or crystal therapy. 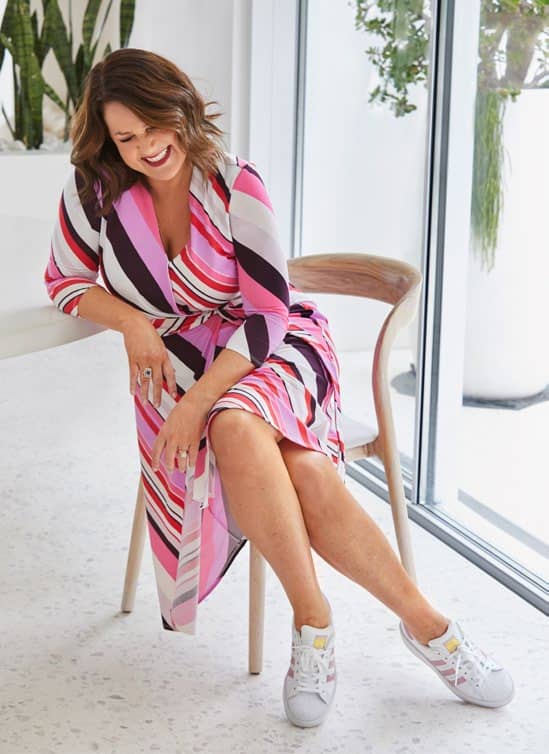 “I’m literally just coming out of a self-imposed three months off,” she says. “I’ve spent it all at home and have just been trying to learn how to slow things down. If I don’t feel like going out, or catching up with a friend, I have no problem in cancelling. I just let them know. Instead, my time has been spent putting loads of washing on, doing the school pickup, turning up at the netball court to watch my two girls play – just fully immersing myself in my mummy life, rather than running it alongside my work life. Having only one job is pretty amazing and I’m now left feeling refreshed. I haven’t had a stressed moment since I took the time out. I cleared the decks until we started to get ready for the jungle.” 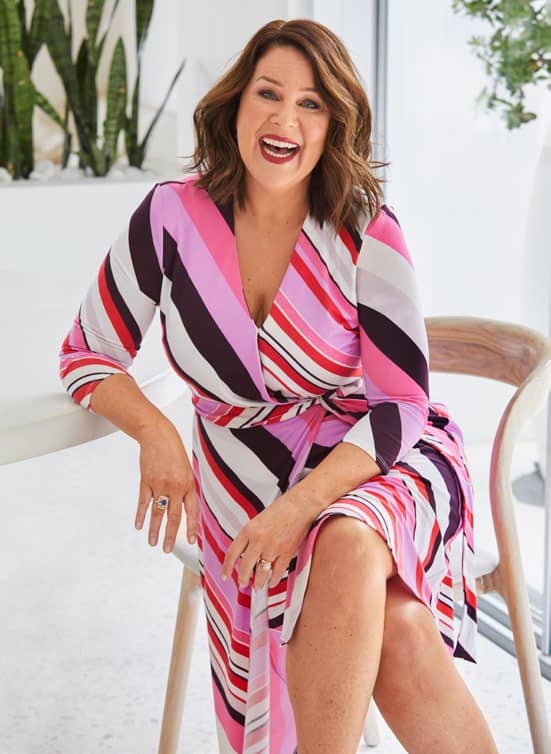 Speaking of, when we catch up, Julia is in the beginning stages of preparing for her return to the South African jungle for I’m a Celebrity... Get Me Out of Here! Now going into its sixth season, the co-host says she’s still as excited about the return of the ratings hit, as she was when she first entered the wilderness.