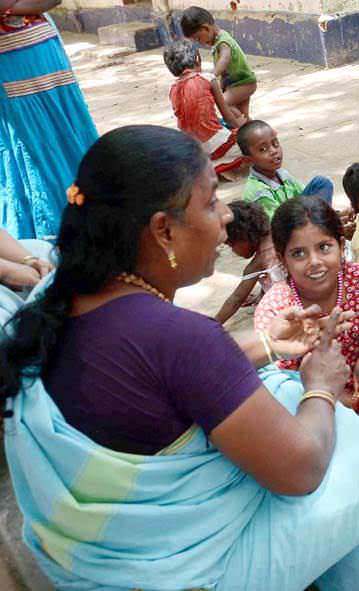 A survey conducted by the Women and Child Development Ministry and UNICEF in 28 States and Delhi presents a dismal picture of crucial maternal and child health indicators.

One of the success stories that successive governments at the Centre have regularly narrated is the improvement in maternal and child health indicators, including coverage of various facilities and services that directly or indirectly affect the health and well-being of these cohort groups. However, a selective release of a household-cum-facility-based survey conducted by the Women and Child Development Ministry and the United Nations Children’s Fund (UNICEF) in 28 States and the Union Territory of Delhi shows that there is much left to be done. The Rapid Survey on Children (RSOC), which was conducted in 2013-14 to strengthen the existing data system on women and children, focused on select indicators at the national and State levels. The indicators covered aspects of child development, maternal care, school/college attendance, age of marriage, early childhood care, access to drinking water, toilet facilities, and awareness and utilization of six Integrated Child Development Services (ICDS) scheme facilities.

The National Democratic Alliance (NDA) government, which was formed in June 2014, kept the survey findings under wraps for almost a year despite queries in Parliament about the status of the report.

In July this year, as murmurs about the secrecy shrouding the report began getting louder, the Ministry put out the national figures on its website. The publication of some of the findings in an international political journal, which said the data indicated an improvement in the indicators, raised suspicions that the survey details had been selectively leaked. For some reason, data relating to the States have not been revealed, but Frontline, among others, was able to gain access to these details. The data obtained from surveys conducted by the Socio-Economic and Caste Census (SECC) and the National Sample Survey Office (NSSO) on the consumption of health services do not speak favorably of the claims made about progress made in recent times on the socio-economic front. So the only plausible reason for not releasing the RSOC data could be the dismal performance indicators they threw up with regard to some Bharatiya Janata Party (BJP)-ruled States, including Gujarat.

The Congress said the NDA was perhaps reluctant to release the State-wise figures as the survey found significant improvement at the national level and in Congress ruled States. While this may be true for southern States known for their social sector investments, such as Kerala and Tamil Nadu, credit for improvement in the indicators cannot be attributed at random especially when social sector expenditures in the Union Budget continued to be low. The latest country report of the U.N. Millennium Development Goals for India indicates that the national targets are far from being met. Hunger, it says, remains a challenge for India and much needs to be done to reduce maternal mortality and to reach desirable sanitation levels. The RSOC survey is but an affirmation of all this and more.