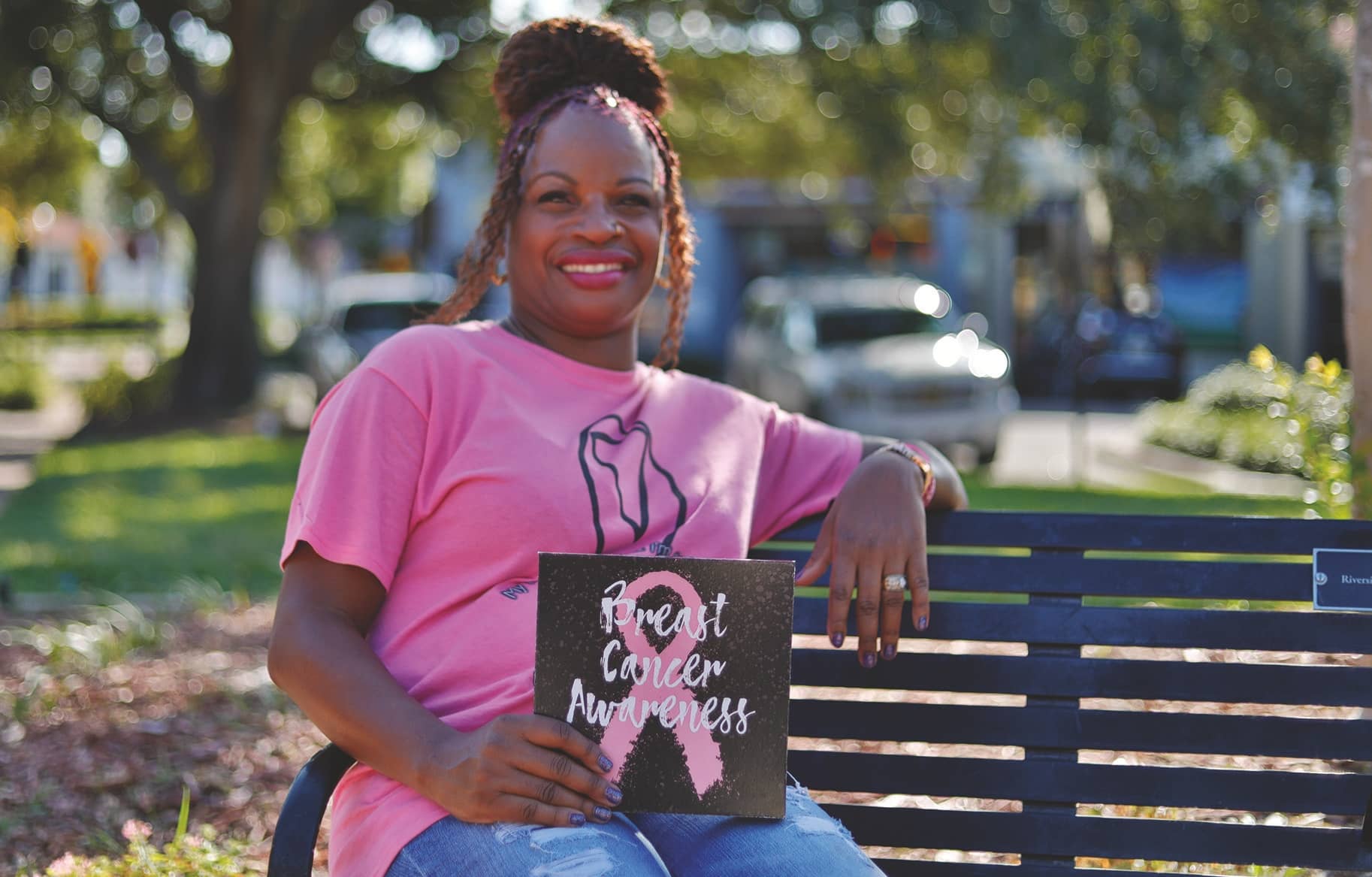 WHEN CHRIS LONTON checked into Gessler Clinic in Winter Haven for her regular mammogram in December 2015, she didn’t think twice. She would go in, get the exam, then leave.

Little did she know that this was the first step in a long journey that would lead her through some of the darkest moments of her life and change her in surprising and delightful ways. Along the way, she found a community, one that continues to support her and gives her the opportunity to support others.

But it started that first day.

“I didn’t think anything about it,” she says. “I had been doing a pretty regular exams, but I never went to the doctor all that much. I had always been healthy, so when I went to the exam, I didn’t think much of it.”

Even when the clinic called her for another exam, she didn’t think twice. “I thought something was probably wrong with the machine,” she says. “I never even thought it would be something else.”

This time, though, it was different. The way the staff was discussing things with her, she could tell something wasn’t quite right, she says. “But still, I kept thinking, ‘It’s not me, this isn’t going to happen to me.’ ”

Then it was the biopsy. Then the diagnosis.

“When he told me that I was positive for cancer — that’s all I heard,” she says, “I didn’t hear anything else.”