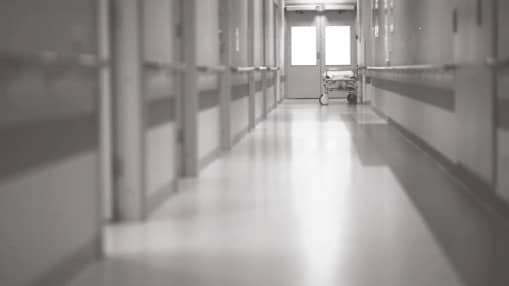 AS CORONAVIRUS FEARS have grown throughout the nation, it has become clear there is a different trend starting, and it brings with it some dangers of its own. By late March, physicians and nurses in hospital rooms and emergency wards across the country reported noticing less patients coming through their doors.

Some hospitals were seeing patient traffic drop as much as 50 percent from March 2019, and a similar pattern was occurring at Lakeland Regional Health Medical Center (LRH), which has the nation’s busiest ER.

A national poll by American College of Emergency Physicians in mid-April showed 39 percent of respondents said they were “very concerned” about getting COVID-19 at the hospital if admitted for emergency care.

However, Dr. Timothy Regan, LRH’s chief medical officer, says he and the LRH staff are going “above and beyond” to maintain a safe and sterile hospital to help alleviate those concerns.

LRH has more than 600 credentialed providers on the medical staff with hospital admitting privileges, according to Jennifer Audette, director of public relations and communications. Throughout the entire health system, which includes outpatient locations as well as the medical center, Lakeland Regional Health employs 5,400 team members.

Regan, who began working as an LRH emergency room physician in 2005, says he and his staff saw their first coronavirus patient March 15, two weeks after patients in a Lakeland nursing facility began having COVID-19 symptoms, which so far ended up being the bulk of admissions for coronavirus.