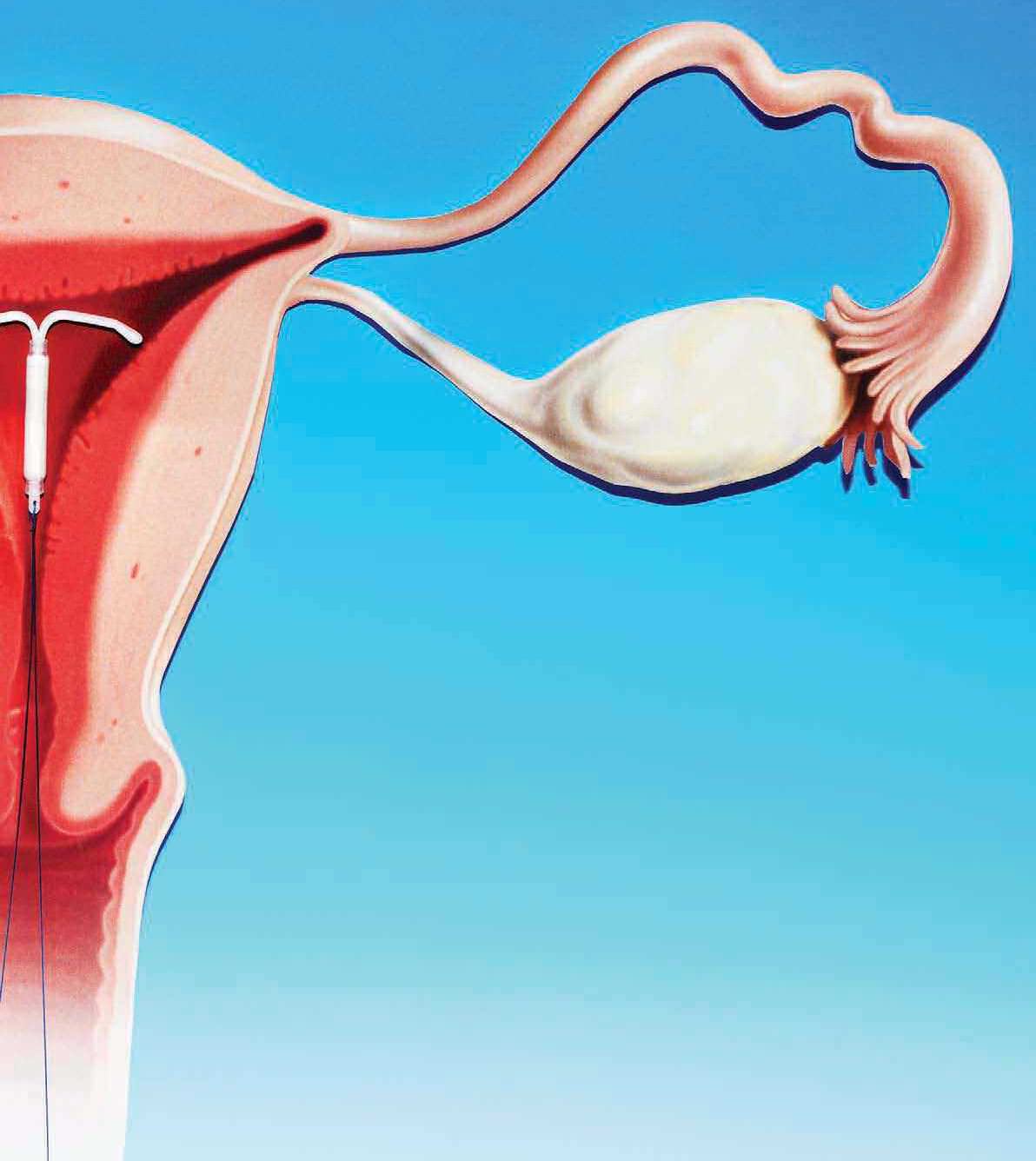 How the billionaire's family secretly funded a revolution in birth control.

Katherine O’Reilly, a certified nurse midwife in her 30s, works full time at the Mesa County Health Department’s clinic in Grand Junction, Colo., and she’s eager to show off the clinic’s stash of one of the most effective forms of birth control. First, though, she has to get out her electronic badge to unlock a heavy wood door with a paper sign, “PLEASE KEEP DOOR CLOSED AT ALL TIMES!!!” She surveys shelves packed with boxes of gloves and gauze, then walks over to an unmarked metal cabinet.She opens it and bends down to look at the bottom shelves. “There they are!” she says, as if they’d been hiding from her.

She points to a stack of long, slim packages the size of a box of chocolates. Inside each is an intrauterine device and a tall, skinny straw that clinicians use to insert the flexible, T-shaped pieces of plastic into a uterus, where it can prevent pregnancy for as long as 10 years. “When I see patients, my goal is to be able to initiate contraception today,” she says. That means having IUDs in stock is essential.

It’s also expensive. IUDs can retail for more than $800 each, so a public health clinic such as Mesa County’s that attends to women with little or no medical insurance treats the devices almost like a controlled substance. The clinic spends $774,000 a year to serve a rural county of some 150,000. It can stock the pricey devices thanks in part to a statewide initiative to reduce unplanned pregnancies. The $24 million for the six-year effort came from an anonymous donor. 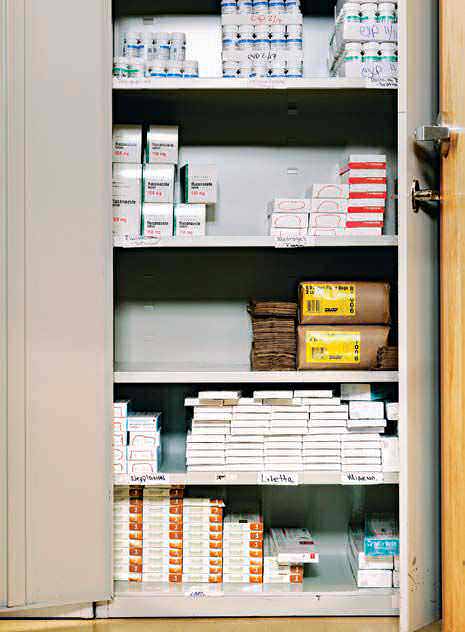 That funding ended in July. Luckily, O’Reilly says, there’s now a lower-cost alternative. This summer, the clinic got its first shipment of an IUD named Liletta that hit the market in April. Liletta is manufactured and sold by Allergan but was developed by a nonprofit, Medicines360, whose entire seed funding—$74 million—also came from an anonymous donor. “Our clinic can get Lilettas for $50,” O’Reilly says. “With our population, once we get that going, Liletta will be the one most women choose.”

A decade ago, almost no one in the U.S. had IUDs because of the device’s awful history and lingering reputation. By 2013, however, as women learned about superior, safer designs, IUDs had become the method of choice for more than 10 percent of women using contraceptives, according to data from the Centers for Disease Control and Prevention. Among women age 25 to 34, they’re as popular as condoms, and they’re far more effective. The U.S. contraceptive market, including pills and IUDs, totaled more than $6 billion in 2013, according to Transparency Market Research.

A multiyear study of almost 10,000 women in St. Louis found that when providers offered women all forms of contraception for free, 75 percent chose IUDs and hormonal implants. The study’s been cited by several medical groups, including the CDC as part of its recommendation to doctors to encourage IUD use. This study received close to $20 million, also from an anonymous donor.

Almost all women—and therefore men—use a form of birth control at some point in their lives, yet contraception is so politically and legally radioactive that legislators and pharmaceutical companies avoid funding it. So it’s no coincidence that the money behind the Colorado initiative, the St. Louis study, and Liletta all came from an unnamed philanthropic source—they all were from the same discreet foundation. Very few people will discuss The Anonymous Donor on the record, but tax filings, medical journal disclosures, and an archived interview with a foundation official show the funds come from Warren Buffett, the chairman and chief executive officer of Berkshire Hathaway, and his family.

Named for Buffett’s first wife, the Susan Thompson Buffett Foundation is the third-largest family foundation in the country, behind only the Bill & Melinda Gates and Ford foundations. In 2013, the most recent year for which tax filings are available, it gave away almost half a billion dollars, largely to organizations dedicated to reproductive health. It barely maintains a website, studiously avoids press, and has about 20 people on staff. The foundation and Buffett didn’t respond to requests to comment for this article.

But in a January 2008 interview for a reproductive health oral history project that hasn’t previously been made public, Judith DeSarno, the Buffett Foundation’s former director for domestic programs, was candid about the foundation’s giving.

“Buffett alone will give more than all of the other foundations combined in reproductive health,” she said. “We already are this year, and that will continue.” DeSarno declined to comment for this article, other than to say, “I am incredibly proud of this work and the dramatic decrease in unintended pregnancies.”

In the past decade, the Buffett Foundation has become, by far, the most influential supporter of research on IUDs and expanding access to the contraceptive. “This is common-sense, positive work to help families meet their dreams and their needs in planning their pregnancies,” says Brandy Mitchell, a nurse practitioner who coordinates family planning at Denver Health, a state-run provider. “Why we have to rely on a donor to make this happen is beyond belief.”

Quietly, steadily, the Buffett family is funding the biggest shift in birth control in a generation. “For Warren, it’s economic. He thinks that unless women can control their fertility and that it’s basically their right to control their fertility that you are sort of wasting more than half of the brainpower in the United States,” DeSarno said about Buffett’s funding of reproductive health in the 2008 interview. “Well, not just the United States. Worldwide.”

Distrust of IUDs dates to 1971, when A.H. Robins Co. started marketing an IUD called the Dalkon Shield. It was a circular piece of plastic resembling a crustacean with 10 little arms. More than a dozen other such devices were on the market in the 1970s, in part because the government didn’t regulate IUDs. “You could make your IUD in your garage,” says Eve Espey, a doctor who helped write IUD guidelines for the American College of Obstetricians and Gynecologists.

With aggressive marketing, the Dalkon Shield quickly became the most popular IUD in the U.S., selling more than 2 million devices in three years. But soon horrific problems arose. All IUDs have a short string that’s used to eventually remove the device, but the design of the Dalkon Shield’s string drew bacteria into the uterus, causing infections that made some women infertile and have ectopic pregnancies. Several women died. In 1974, A.H. Robins, hit with what would total $12 billion in lawsuits, discontinued the Dalkon Shield. After that, almost no one would touch IUDs, pharmaceutical companies especially. For almost two decades, medical guidelines cautioned against them, stipulating their use mainly for older women who smoked so much it interfered with the effectiveness of the pill.

The Dalkon Shield fiasco propelled the U.S. Food and Drug Administration to gain oversight of medical devices, and in 1984 it approved the Paragard, a copper IUD developed by the Population Council, a nonprofit whose funders have included the Buffett Foundation. But the Paragard never gained mass appeal, and for more than a decade, medical research into IUDs all but stopped.