How EpiPen Became A Hit 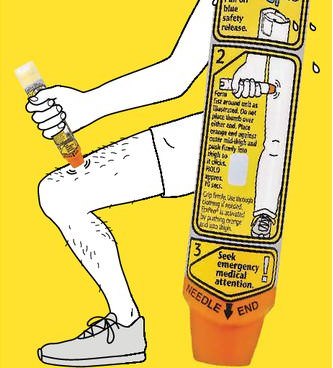 Mylans marketing turned the allergy device into a must-have.

In a 2007 purchase of medicines from Merck KGaA, drugmaker Mylan picked up a decades-old product, the EpiPen auto injector for food-allergy and bee-sting emergencies. Management first thought to divest the aging device, which logged about $200 million in revenue. Then Heather Bresch, now Mylan’s chief executive officer, hit on the idea of using old-fashioned marketing in part to boost sales among concerned parents of children with allergies. That started EpiPen, which delivers about $1 worth of the hormone epinephrine, on a run that’s resulted in its becoming a $1 billion-a-year product that clobbers its rivals and provides about 40 percent of Mylan’s operating profit, says researcher ABR|Healthco. EpiPen margins were 55 percent in 2014, up from 9 percent in 2008, ABR|Healthco estimates.

How Mylan pulled that off is a textbook case in savvy branding combined with a massive public awareness campaign on the dangers of child allergies. Along the way, EpiPen’s wholesale price rose roughly 400 percent, from about $57 each when Mylan acquired the product. “They have done a tremendous job of taking an asset that nobody thought you could do much with and making it a blockbuster product,” says Jason Gerberry, a Leerink Partners analyst.