Listen To Your Thyroid 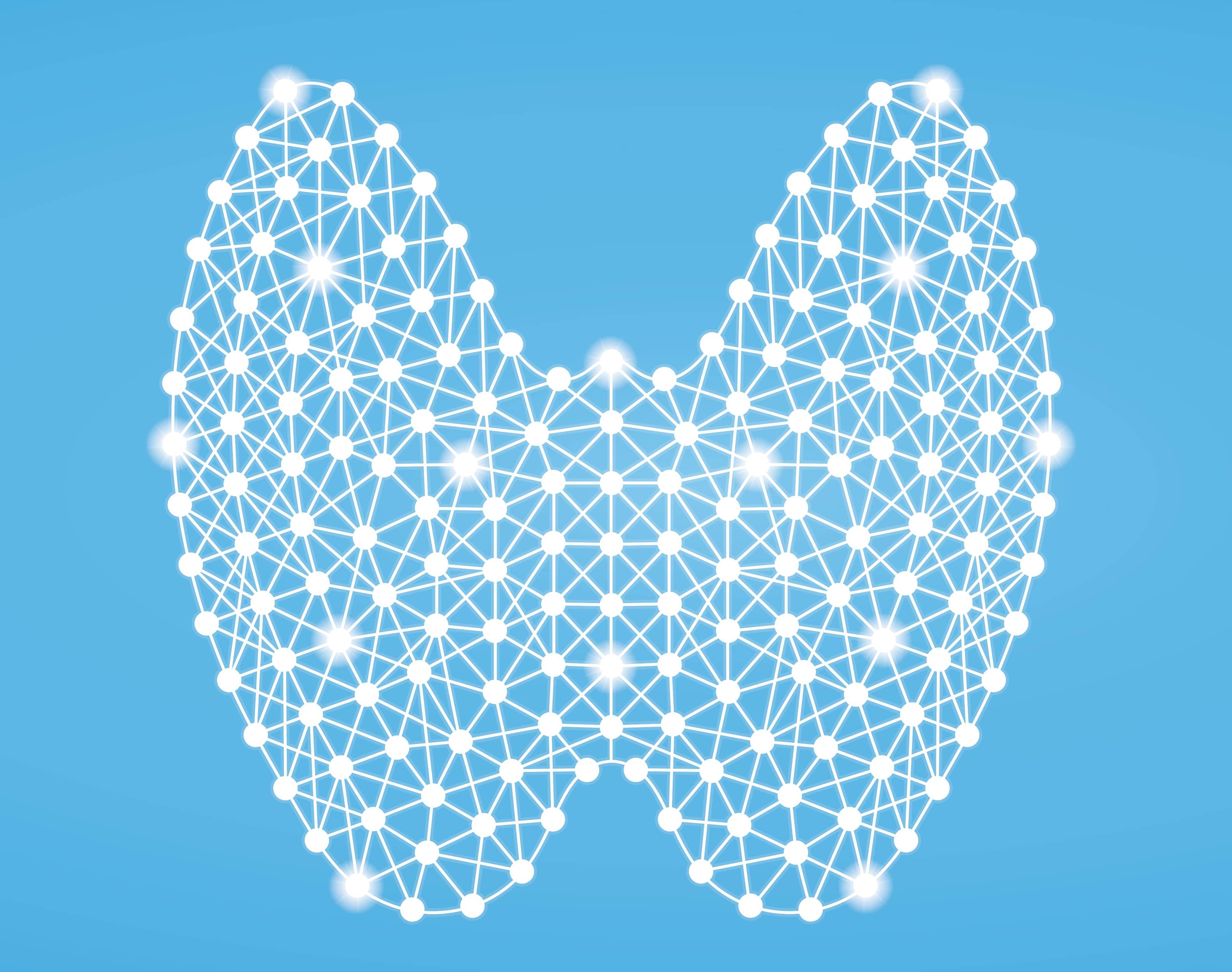 One powerful gland controls nearly every aspect of your health. We take a look at how the thyroid works, and how to keep it healthy and functioning properly

Most of us never pay much attention to thyroid health until we begin to experience symptoms of its malfunction — your metabolism slows down, energy levels plunge, you lose muscle mass even while gaining weight, your hair begins to break and thin out, plus you’re cold all the time. It’s a veritable laundry list of health issues you definitely don’t want to experience. Before you fly into a panic, let’s take a look at the thyroid and the critical role it plays in your health.

The thyroid is a small, butterfly-shaped gland located just below the Adam’s apple in your neck that controls your body’s growth and metabolism. It secretes the hormones triiodothyronine (T3) and thyroxine (T4), which affect all the body processes that use energy, including breathing, blood circulation, body temperature, muscle control, digestion, bowel movements, and even brain function. This important gland works together with the pituitary and hypothalamus as part of a feedback loop called the hypothalamic-pituitary-thyroid axis (HPT axis).

Secretion of T3 and T4 is stimulated by hormones released by the hypothalamus and pituitary glands. The former releases thyrotropin-releasing hormone (TRH), while the latter releases thyroid stimulating hormone (TSH). If the thyroid is not operating effectively, TRH and TSH release increases in order to help stimulate thyroid function. In the event of some of the grave symptoms noted above, a blood test measures TSH to evaluate health and functionality of the thyroid. High or extremely low TSH readings mean the gland is sick. When you experience a problem with your thyroid, it can result in various maladies all over your body. Even modest changes in thyroid secretion (in either direction) will yield major health problems.

Common Problems & Symptoms There are two types of thyroid issues: Hypothyroidism (underactive function) occurs when the thyroid doesn’t produce enough thyroid hormones. Hyperthyroidism (overactive function) is when the gland produces too much of the thyroid hormones. The former is more common. According to the National Institutes of Health (NIH), hypothyroidism affects about 5 percent of the U.S. population, while hyperthyroidism affects approximately 1 percent. This translates to about 20 million Americans with some form of thyroid disease during their lifetime — including both men and women. However, women are five to eight times more likely to have thyroid issues than men.

There are several known causes of hypothyroidism, including thyroid disease and inflammation, autoimmune disorders, and iodine deficiency — although the latter has been virtually wiped out in the U.S. due to the use of iodized salt. The origins of hyperthyroidism include Graves’ disease, thyroid gland inflammation, and benign thyroid tumors.

MORE STORIES FROM AMAZING WELLNESSView All