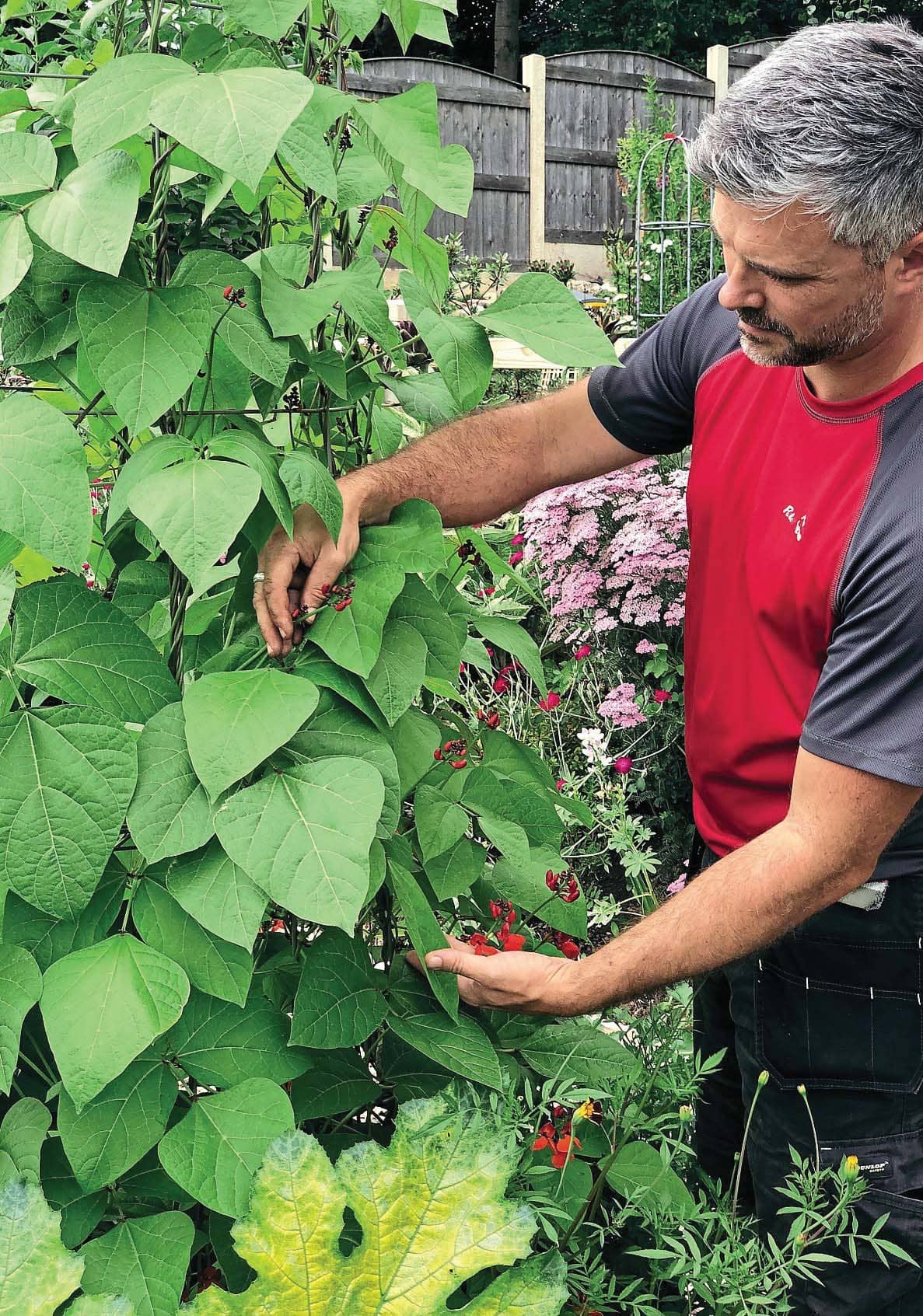 I have fond memories of my grandad always having several rows of runnerbeans in his garden; in fact it used tobe a standing joke that he grew enough for the entire street during the height of the summer! Those memories and the fact that I love the taste mean I grow runner beans every year without fail.

Runner beans (Phaseolus coccineus) are part of the legume family, which also includes broad beans and French beans. Originating in the highlands of Mexico in Central America, they are actually a perennial vining plant which is not frost hardy, hence why we grow them as a half-hardy annual in the UK. That said, the tuberous roots (which are a little like a weird radish) can be potted up and kept frost free during the winter and planted out in the summer, producing beans a little earlier than spring-sown seeds. If you want to try this, it’s a great experiment for kids to take part in, but to be honest the plants grow so well from seed that hardly anyone knows they are perennial!

In Central America it’s not just the beans and seeds of the plants which are eaten, the tuberous roots are also cooked and eaten as a starchy tuber, a bit like a dahlia tuber is. 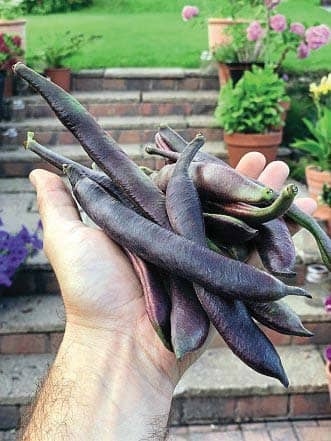 The common name of ‘Scarlet Runner’ refers to the flower colour, which funnily enough is usually red, with multicoloured beans inside the pods which can be black/purple/brown or pink. There are also white-flowered runners which sometimes have white beans inside the pods; these are sometimes known and used as butter beans, especially the variety ‘Czar’. Not only can you get red, white and bi-coloured runner beans, but you can also get pinky/peach flowered ones, with ‘Sunset’ being my favourite as it’s so different to the regular red. White-flowered types are said to be less attractive to small birds such as sparrows, which may sometimes pluck the blooms from the plants.