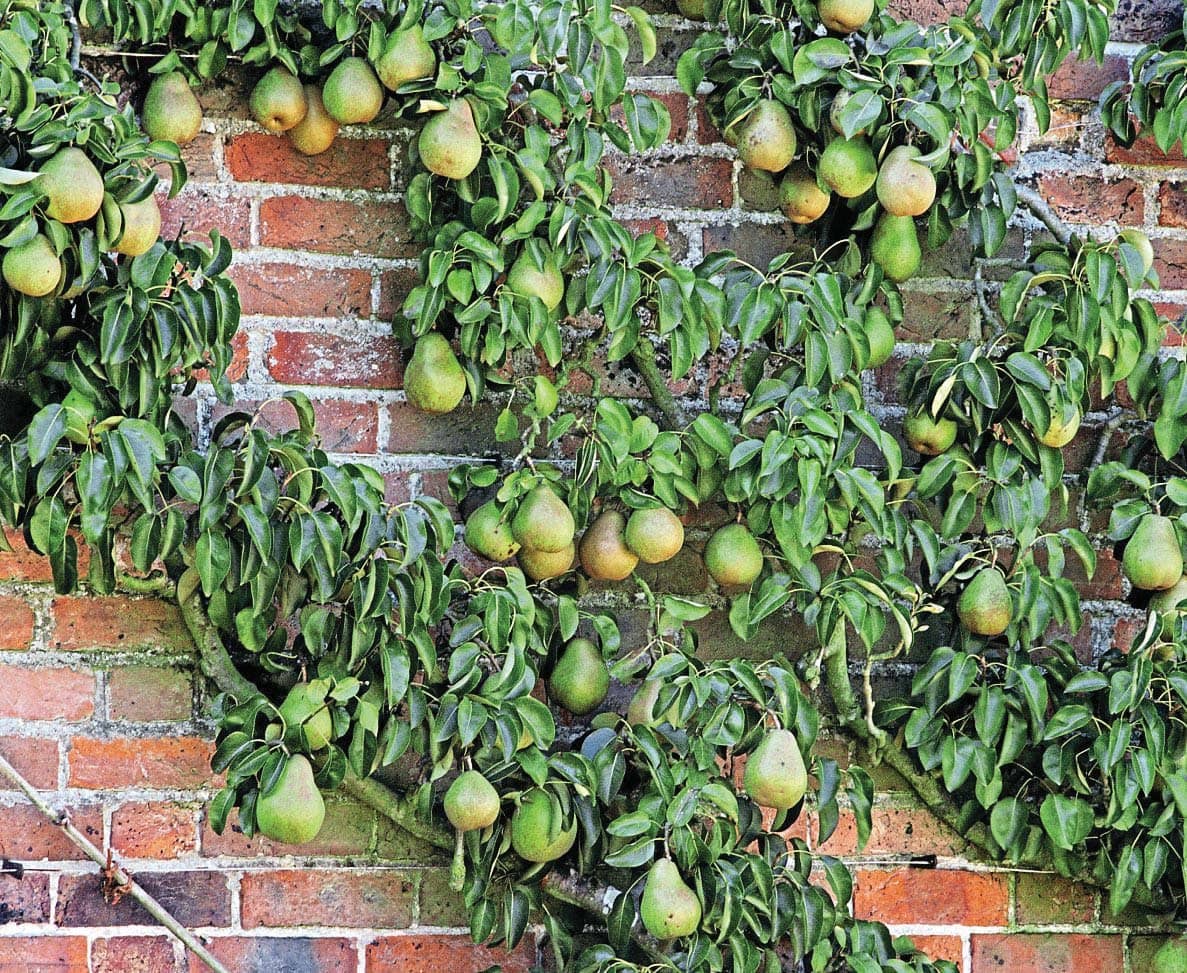 If you want to grow pome fruit (apples and pears and quince principally) but need to make the best use of limited space, cordons are the answer

This month we are talking about space. Not the final frontier kind (‘to boldly go’ was my English teacher’s favorite example of a split infinitive), but the ‘running out of ’ kind. Even when taking over a new larger garden or an allotment, there will come a point after a few short years where you struggle to see how you can fit in any new plants.

It’s at this point that there is normally some sort of cull, to leave only plants which earn their keep, for example, ornamentals which have several seasons of interest, rather than just a brief flash in the pan and then 11 months of staid greenery (flowering cherry trees, I’m looking at you here).

For the fruit grower, we have to start to look at squeezing every last bit of production out of the space available. For top fruit trees, the easiest way to do this is to grow trained trees on wires or against a fence, and the most intensive method for this is to grow trees as cordons.

Cordons are a single main stem, with very short side branches that are pruned back hard to only 10cm (4in) or so from the main stem. Fruit appears on spurs on these short side shoots, and this method can be so intensive that the trunk is almost hidden from view by the fruit. They are pruned so tightly that they can be spaced only 1m (3ft) apart, so you can get a lot of fruit in a very small space.

You’ll see cordon trees described variously as ‘Ballerina’, ‘Minaret’, ‘super columns’, or ‘oblique cordons’, so best start with the differences between these to decide which is most suitable for your needs.

‘Ballerina’ trees are unique in that they are not actually trained or pruned to grow in a narrow column but do so naturally. They are generally descended from one particular variety of apple – ‘Wijcik McIntosh’, which had a natural mutation causing it to grow as a single tight stem, with almost no side branching at all. As such, they require very little annual pruning to keep in check – we are not imposing our will on the tree by growing it as a cordon, it is doing so naturally. The drawback is that there is a very limited choice of varieties and the flavor can be lacking compared with many heritage apple varieties. They remain a good choice if minimal upkeep and good ornamental effect are more important to you than the flavor of the fruit.