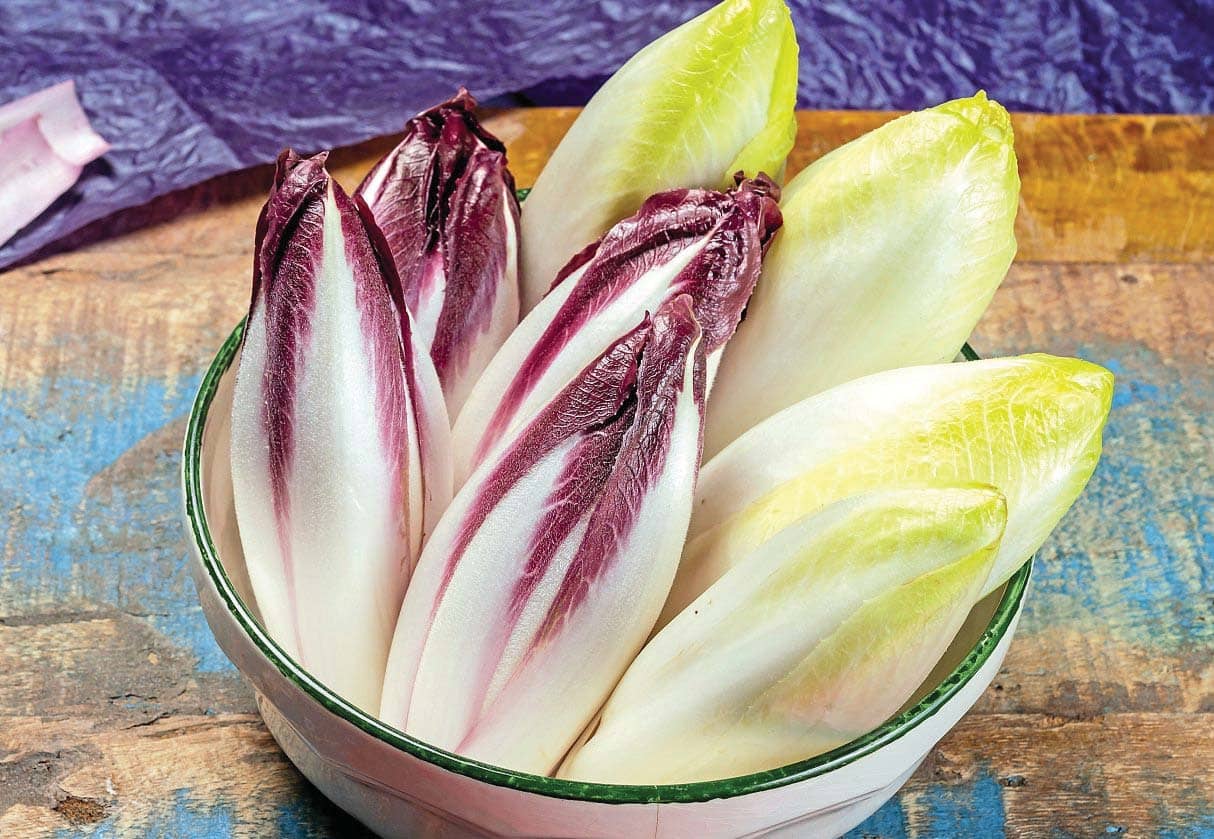 Chicory and its more colourful cousin radicchio may not be at the top of everyone’s list of ‘must grows’, but their distinctive bitter taste is a welcome contrast to bland lettuce, says KG’s Steve Ott

More widely grown on theContinent than the UK, chicoryor radicchio (Cichorium intybus)is a varied veg. Some, such as ‘Palla Rossa’, form tight heads of red foliage, while others are looser and long-leaved (Treviso). Then there are the non-forcing sugar-loaf types which resemble a large lettuce. Witloof is grown for forcing to produce ‘chicons’, tight heads which grow after the top of the plant is removed and the roots are plunged into darkness to produce tender and sweeter ‘buds’. Since there is a bit of a process involved in producing the chicons, they are expensive in the shops and subsequently well worth growing at home. The red, round cabbagelike heads of traditional radicchio are a delight on the plot in late summer and autumn. That is when the colour becomes gradually more intense and after a few frosts, or by excluding light, the leaves become sweeter, losing much of their harsh bitterness. 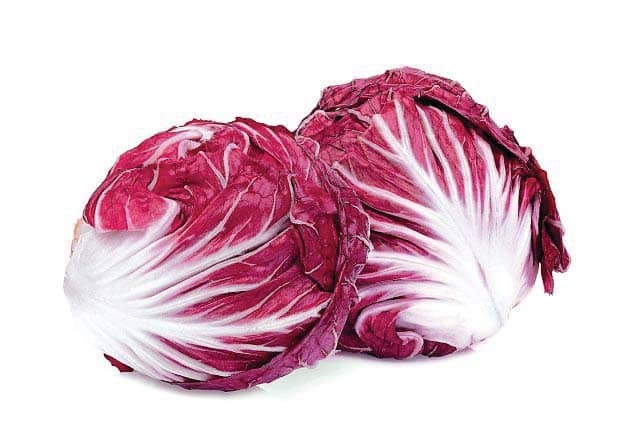 All types can be sown outside in a well-prepared spot at the same time – usually May to July or until August in the case of radicchio and sugar-loaf types. They can also be started in cell trays, in which case you can sow earlier if you wish (March/April) and keep the plants under cover until ready to plant out.

If sowing direct the soil should be reasonably fertile so sprinkle a little general fertiliser – such as blood, fish and bone – but you could use chicken or sheep manure pellets or Growmore at the recommended rate. Do this a few days before sowing and rake in. Water the soil if it happens to be dry and leave to settle and for the feed to start working.

Sow in a sunny, sheltered spot (some shade during the day is okay) about 13mm (½in) deep, watering the base of the drill before sowing. Sow the seeds thinly to reduce the need for thinning out later, although unwanted plants can be used in salads so they won’t be wasted.