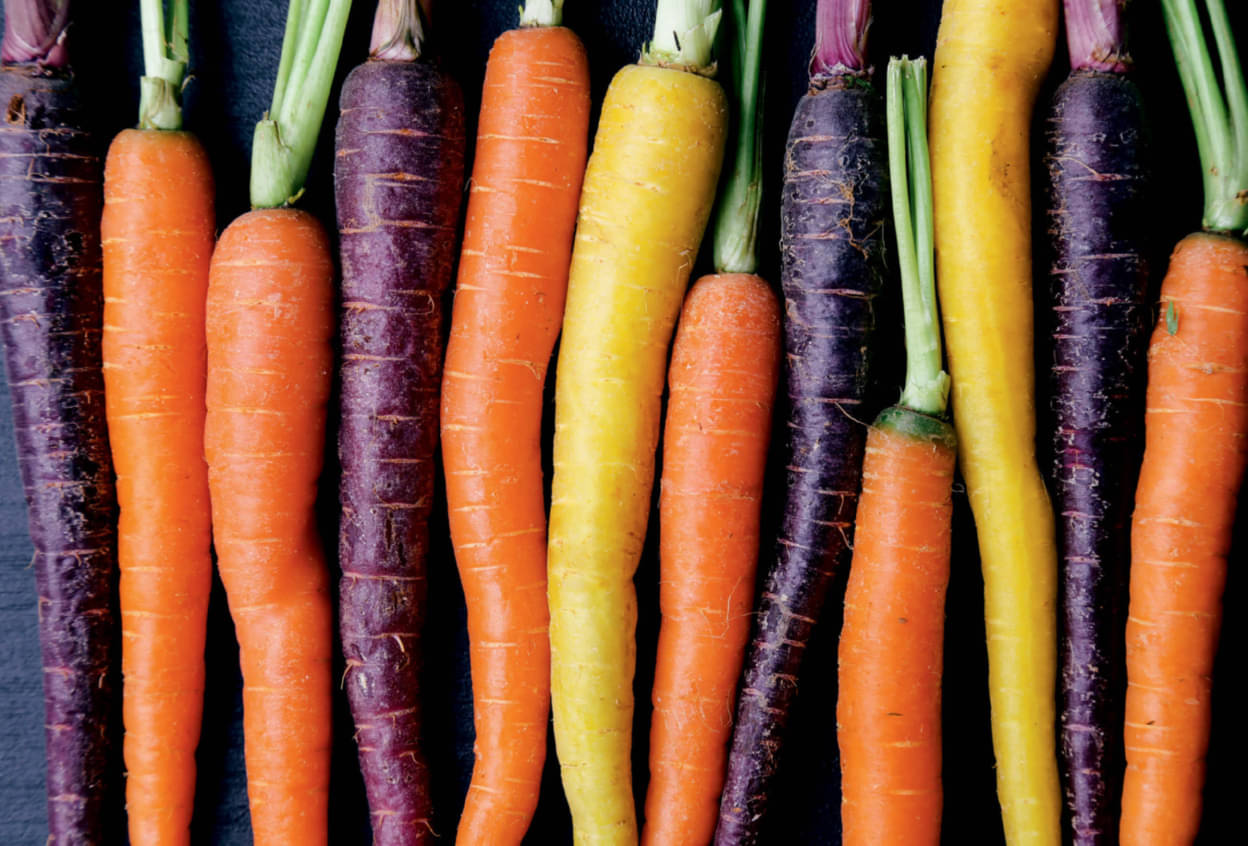 BURSTING WITH VITAMINS, MINERALS AND ANTIOXIDANTS, CARROTS ARE THE ROOT OF ALL HEALTH

Once upon a time, this humble staple root veg wasn’t grown for its distinctive orange root at all. In fact, in the 7th century, wild carrots in colours of purple, white, red, black and yellow grew throughout the area that is now Iran and Afghanistan.

Back then, carrots were a popular forage food that people gathered both for their tasty, nutritious green tops and, albeit tiny, brightly coloured roots.

Through cultivation and selective breeding, the orange, larger-rooted carrots we know today began to appear in European marketplaces around the 16th century.

There’s an apocryphal tale that orange carrots became popular as a show of pride in the colour of the national flag when the Dutch celebrated independence from the Spanish empire in the 17th century.

But it’s also true that the orange varieties were naturally the sweeter and larger, so it’s likely this also led to their increased popularity.

Today, home gardeners and cooks enjoy growing and eating a rainbow of carrot varieties. Beautiful, colourful heirlooms in purple, white, red and yellow have increased in popularity and are now readily available as seed.