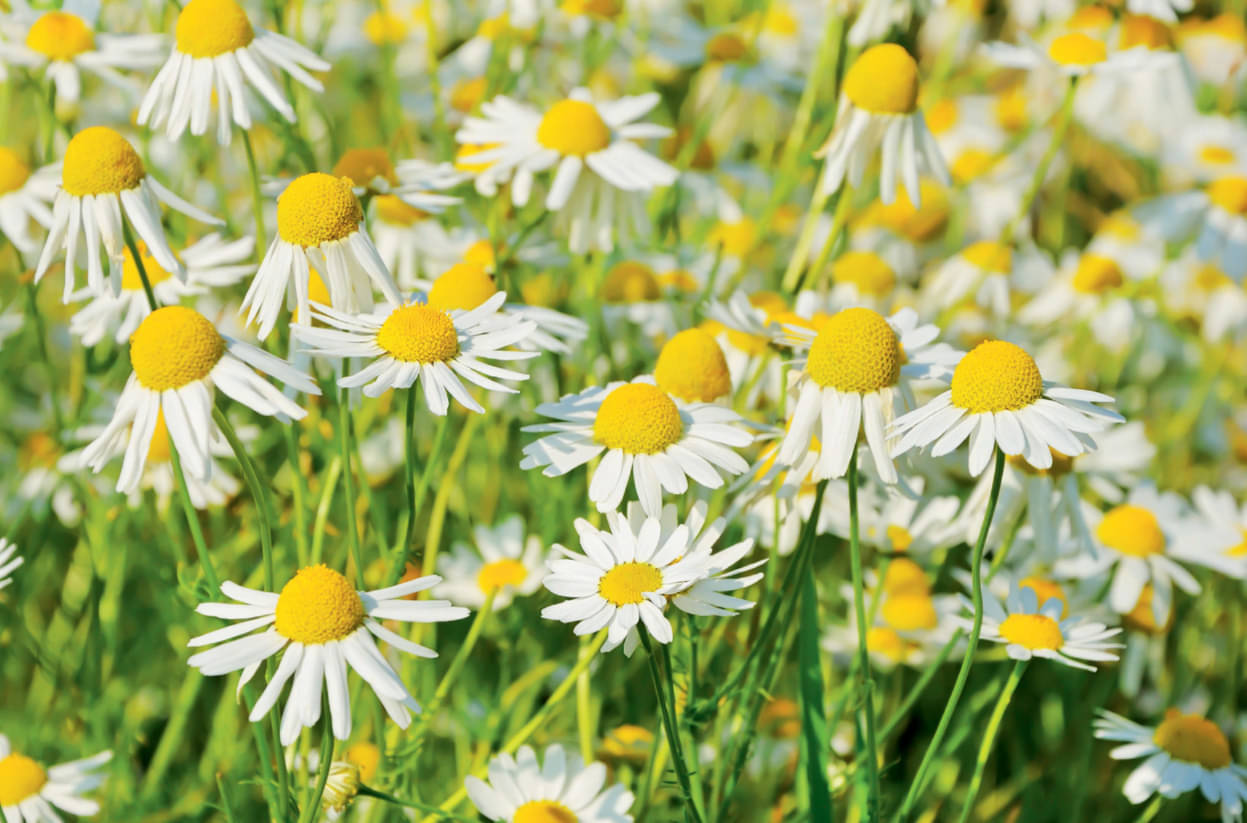 A POWER PLANT IT MAY BE, BUT CHAMOMILE IS AS SWEET AND GENTLE AS IT LOOKS

When a plant has the official seal of approval in the pharmacopoeias of 26 countries for its effectiveness in treating many ills, you can be certain it has a lot going for it.

Chamomile has a long and illustrious history as a folk remedy, though mostly it’s enjoyed as a calming tea these days; in fact, it’s perhaps the most popular herbal tea in Western countries.

With its pretty little daisy flowers, chamomile is a beautiful addition to the herb patch or indeed anywhere in the garden. The common types will flower most times of the year except winter and their leaves have a delightful apple scent.

Native to Europe, North Africa and some parts of Asia, chamomile was known in ancient Egypt, Greece and Rome for its health benefits. In fact, its name, which comes from Greek via Latin and French, means “earth apple”, a reference to the fragrance of its foliage.

Though different plants, they are from the same family and like similar conditions. German is grown more commonly, though the flowers of Roman are sweeter. Roman may be grown as a groundcover or filler between pavers or rocks.