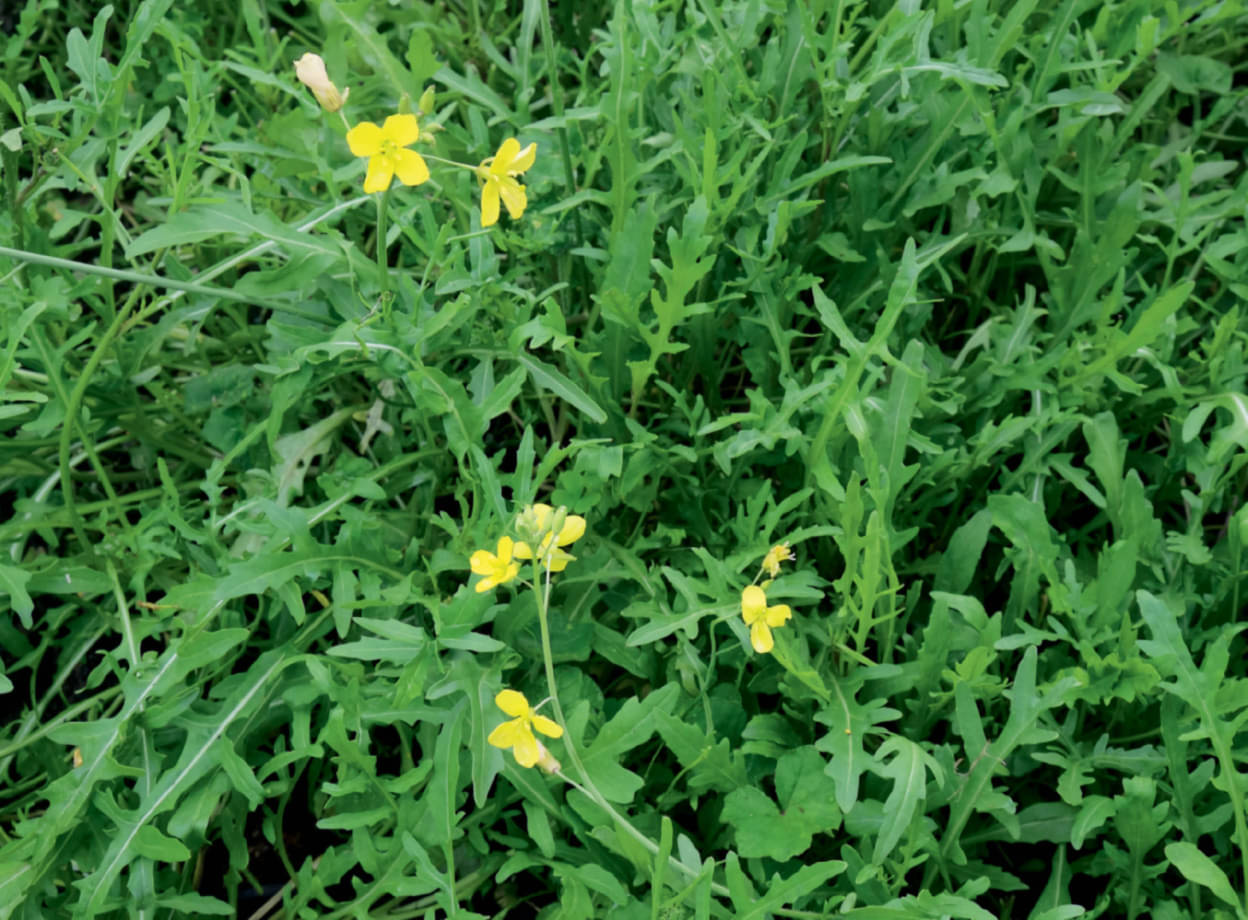 Rocket is one of those enthusiastic plants that you may only have to plant once. It then self-seeds, often abandoning the veggie patch and appearing in cracks in paving or at the edge of the path.

With its rapid growth, rocket really does live up to its common name, which echoes the Italian ruchetta or rucola, from the Latin eruca. But it has many other names, including roquette and arugula, an Italian dialect word used in North America.

A Mediterranean native grown around the world, the rocket is familiar everywhere, often included in supermarket salad mixes. The peppery leaves of this fastgrowing annual are delicious in salads, added to sandwiches, or made into pesto.

This so-called “wild” rocket has narrow, dark-green leaves but there is another form with bigger light-green scalloped leaves, often called large-leaf rocket.