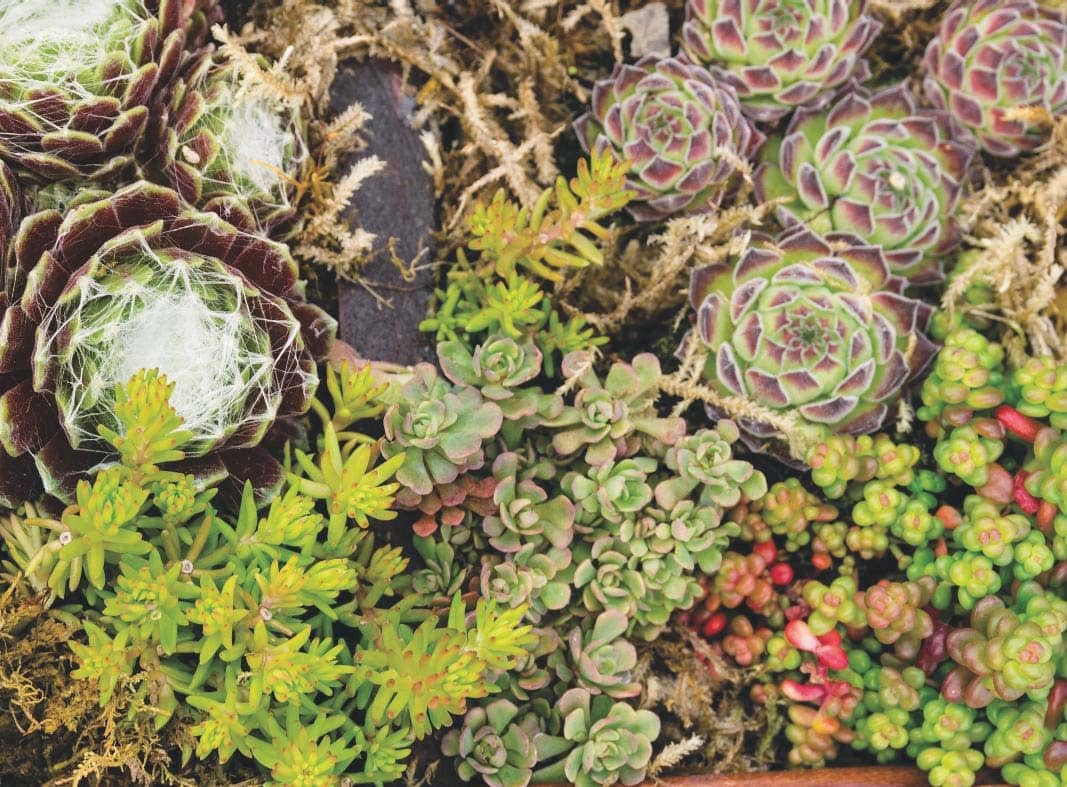 Most of us think of cacti and succulents as houseplants that can’t survive outside in winter, but Tamsin Westhorpe reveals a few that can – under certain conditions

CACTI and succulents are on-trend this year and are set to remain a favourite with gardeners. They’re leaping off the shelves at garden centres thanks to their designer looks. Growing succulents as houseplants is one thing, but are there any that will happily live outside in the winter?

In my garden, the hardy border perennial Sedum ‘Herbstfreude’ (now called Hylotelephium) thrives whatever the weather, but the other succulents I grow, such as agaves and aeoniums, spend the winter safely under glass. The thought of having a more varied selection of succulents in the garden throughout all the seasons is very appealing. To find out more I spoke to passionate grower and chairman of the British Cactus and Succulent Society, Ian Thwaites. Ian has been growing succulents since he was a teenager, and these intriguing plants have remained a lifelong passion for him.

“Succulents have become popular thanks to their architectural shapes that photograph well. This has made them a hit on Instagram – hence the rise in their popularity,” he says.