Lilies with a difference 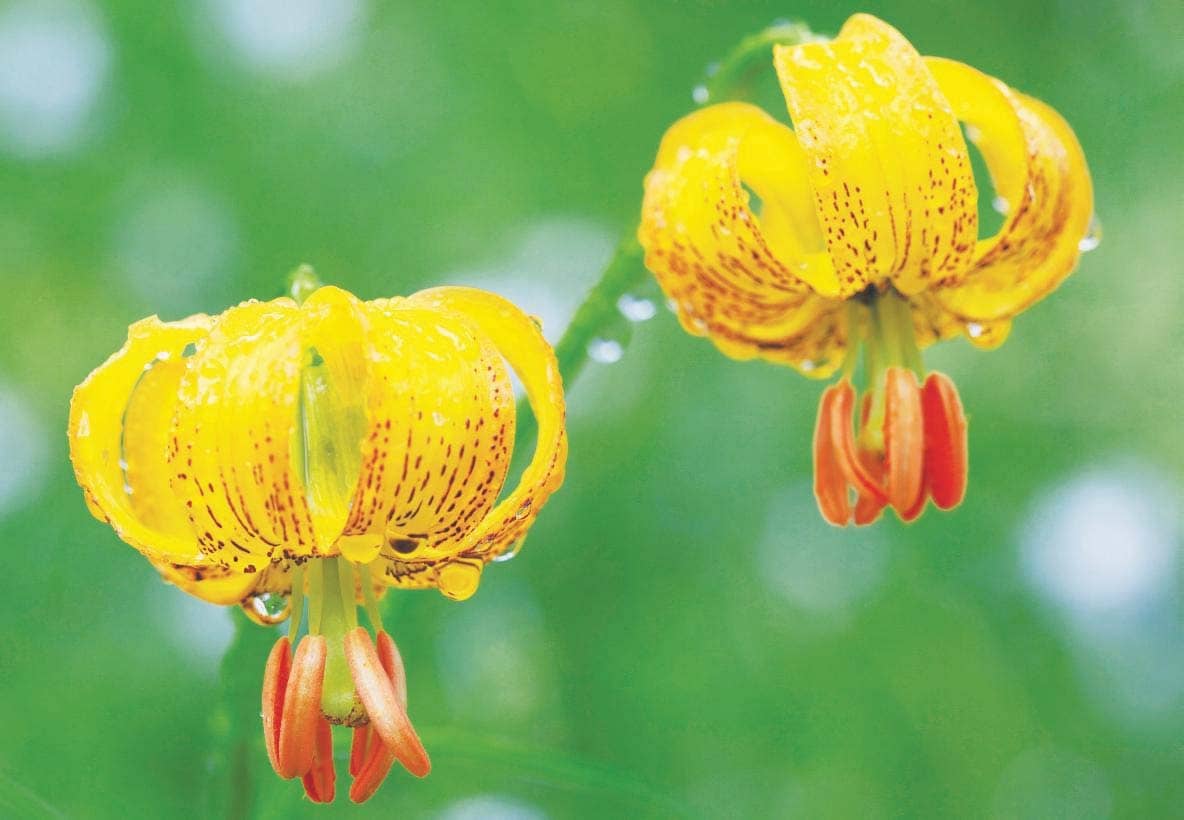 MOST gardeners are familiar with the large-flowered Oriental and Asiatic hybrid lilies, which are usually planted in spring. However, there are two very beautiful lily groups that are best planted in autumn, for flowers in June, July, and August. The first is the Turk’s cap lily (Lilium martagon), which produces tall spikes of elegant, pink-purple blooms with swept-back petals. There are many varieties, in colors from yellow, pink, lavender, light orange, and deep red to white, often with whimsical flecks and spots. The flowers also have a light fragrance.

Compared to those of most hybrid lilies, the blooms of the Turk’s caps are small, but they are certainly plentiful – up to 50 can appear on a single stem of a mature, settled bulb. And once the petals fall in autumn, the upright seedheads have an attraction, too.

I find many garden lilies too garish for a flower border and much prefer to grow them in large patio pots. This doesn’t apply to the Turk’s caps, however – they grow very well in garden soil, enjoying part or dappled shade. In fact, those that are positioned in full sun tend to be somewhat stunted.

L. martagon prefers alkaline conditions, so if you have soil that’s acidic you’ll need to either provide some lime each year or grow your bulbs in containers. The really important thing, as with all lilies, is that the soil is free draining. If your garden has heavy clay, make sure you dig well before planting, adding plenty of grit as you go

Historically, L. martagon was one of the first lilies to be grown in British gardens. The Latin name comes from the style of the turban (known as a ‘martagon’) worn by the Turkish ruler Sultan Mohammed 1; it had a similarly pendulous shape. Hence, too, the common name of Turk’s cap.

The second lily species that prefers to be planted in the autumn is the Madonna lily (L. candidum). Plant it between now and the beginning of November and it will typically start to emerge in late spring. In June, stems will carry beautiful pure white flowers, flushed yellow at the base of the petals, and emitting a delicious fragrance. You can expect around eight to 10 flowers per stalk, each measuring up to 3-4in (7.5-10cm) across.

Believed to have been in cultivation for 3,000 years, this is one of the oldest of ornamental plants. It has certainly appeared in religious art from medieval times onwards, as a symbol of purity. The Romans are said to have introduced the Madonna lily to Britain; the crushed bulbs were applied to corns and sore feet – an occupational hazard of the centurions.