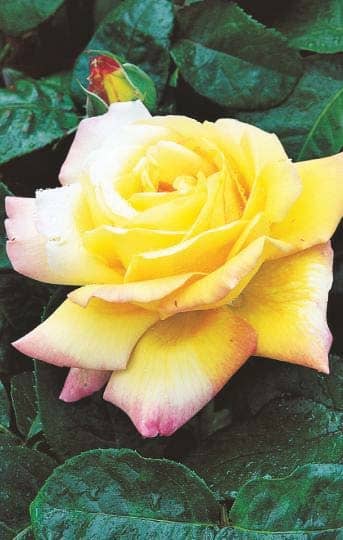 THE large-flowered roses are also called hybrid teas. They have medium to large flowers, usually full double and always shapely, produced singly or in small open clusters, with quite long stalks to each individual bloom. There are hundreds of varieties, but the following are high in the popularity polls.

The famous ‘Peace’ rose was raised by Francis Meilland before the Second World War and was introduced as ‘Madame A. Meilland’ about the time that hostilities were starting. In the USA its introduction was delayed until 1945 when it was rechristened ‘Peace’ and quickly broke all sales records.

‘Peace’ was so vigorous and produced flowers of such consistent size and quality that many experts thought it might be the first of a new race of giant roses. However, the most that can be claimed is that many flower shows have introduced a rose class exclusively for ‘Peace’ and have banned it from other classes since it so often swept the board.

The flowers are light yellow edged with pink, variable in shade according to the season. Hard pruning to restrict size – it grows to around 4ft (1.2m) – may produce ‘blind’ growth, so ‘Peace’ should be given plenty of room and treated lightly. 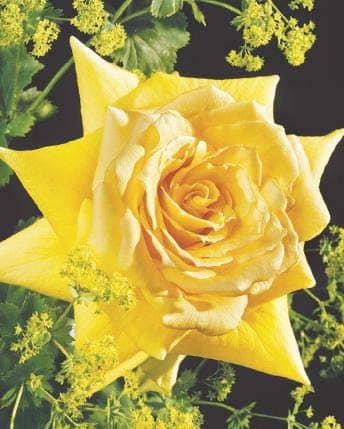 When this fine rose was introduced in 1961 by D. Morey of the USA, it was a significant step towards the perfect yellow large-flowered type for the garden. ‘King’s Ransom’ is of average height – about 3ft (91cm) – and has shining green leaves that set off its gleaming gold blooms, which are shapely and of medium size.