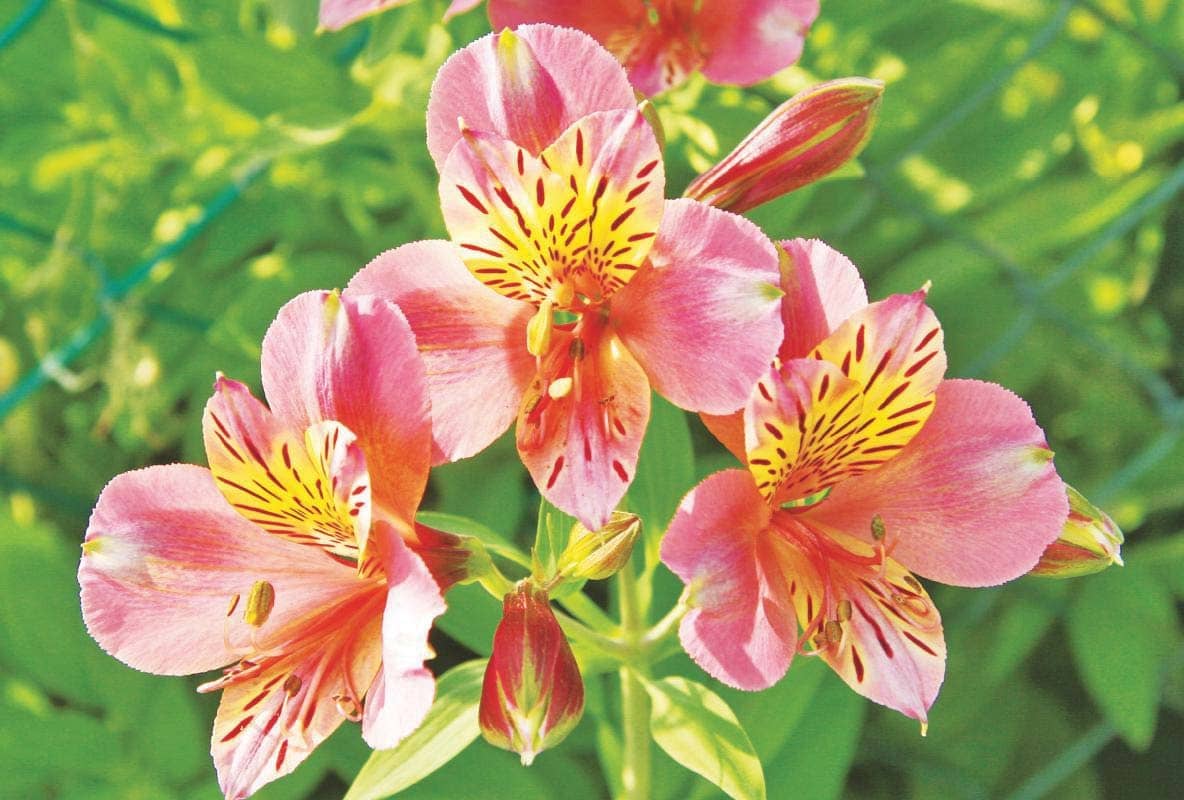 If you want plants that offer loads of flowers over a long season, that look exotic but are fairly easy to grow, Peruvian lilies are the pick of the bunch, says Sally Jenner

IN the mid 1700s, while on an expedition to South America, the naturalist Clas Alströmer sent back seeds of a flower he had discovered to Uppsala University in Sweden, where he was studying under Carl Linnaeus. The flower was later named alstroemeria in his honour.

Commonly known as Peruvian lily, alstroemerias are perennials that hail from South America. Their brightly coloured blooms are a magnet to bees, which are guided down into the nectarrich centres by the dark flecks on the petals. Thanks to their very long vaselife, they are equally popular with florists and, rather charmingly, are a symbol of friendship. In the garden, they’ll flower from June right until the first autumn frosts, making them great-value plants.

Alstroemerias grow from tuberous roots that spread outwards, gradually increasing the plant year by year. It’s for this reason that fourth generation alstroemeria grower Ben Cross, of Crosslands Nursery near Arundel, recommends growing them in containers. “Alstroemeria grows rampantly in garden borders, and although some people enjoy that wild look, it’s much easier to manage them in pots,” he explains. 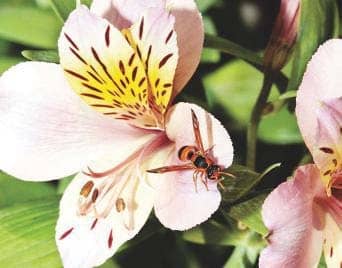 Container growing also has the added advantage that you can move them to a greenhouse over winter, where you can enjoy picking the flowers for longer.

“They’re generally hardy down to -5ºC, so in Britain a cool greenhouse or conservatory is the perfect environment,” adds Ben. “Because alstroemeria are from the southern hemisphere, where day and night are at equal lengths, they flower prolifically in spring and autumn when grown under glass, and you can have an almost continual harvest.”

Modern varieties are far better-behaved than older types, but they’ll still spread, albeit rather more slowly. If you have the border space and are happy to carefully divide them every couple of years, these modern hybrids are the ones to try. They will survive outdoors all year round in most areas of the UK, the caveat being that they need a sheltered, sunny or part-shaded spot, and the soil must to be free-draining.