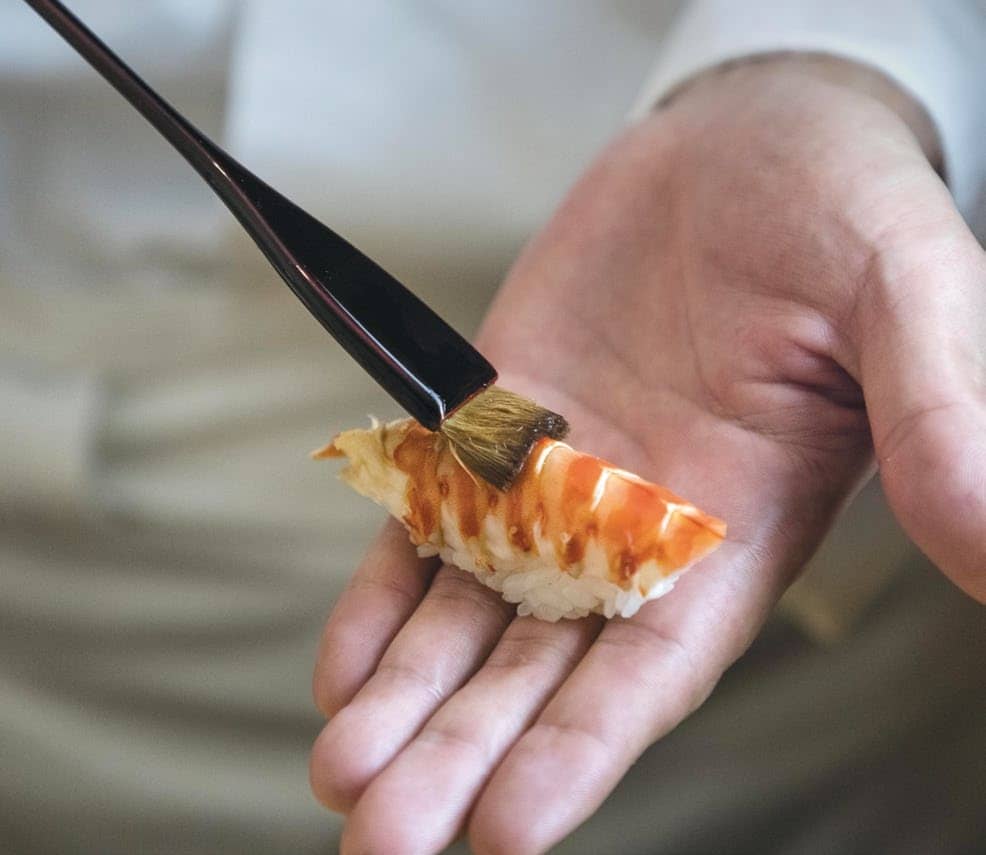 Like a practice of meditation, it’s mesmerising to watch Yoshio Sakuta—the itamae of Sushi Kou, an intimate eight-seater—methodically dab wasabi on the underside of a slice of tuna before firmly pressing it on a small oblong of vinegared rice in his hand. Formerly the head chef at two Michelin-starred Shoukouwa at One Fullerton, Sakuta is clearly in his element doling out Edomae-styled pieces of skin-temperature nigiri.

Before we’re fed morsels of shari (sushi rice) draped with a generous blanket of neta ranging from flounder to a whole tiger prawn, the omakase meal begins with a series of appetisers that showcase his finesse. There’s a lightly poached kinki (channel rockfish known for its fatty white flesh) with ponzu sauce, wild ocean eel charred at the edges, steamed abalone with a creamy abalone liver sauce, and a shot of cold vinegar soup with the peculiar water shield plant and conch. 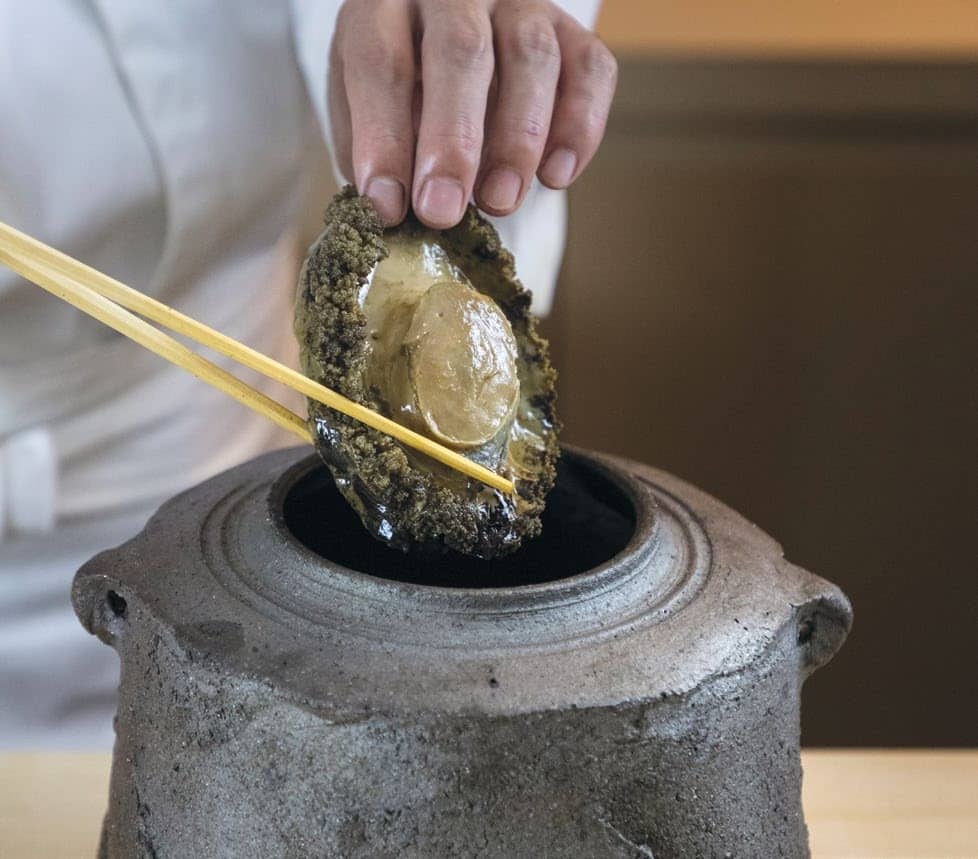 The acidity of the last dish is a perfect segue to the sushi, assembled with seafood flown in from Toyosu Fish Market.

A distinct characteristic of Edomae-style nigiri is how the fish are aged; the methods vary from chef-to-chef depending on experience, so we get why Sakuta remains tight-lipped about his techniques. We do get a hint of smokiness from the sea bream that alludes to a possible smoking method but don’t quote us on it. The origins of the restaurant are equally vague; it’s founded by a Japanese businessman with deep pockets who named the place after his son.

Even with our questions unanswered, there’s still much to be enjoyed here if you’re out to splurge. Both the service and food are impeccable, and if diners request for more theatrics, Sakuta more than willingly delivers with orange lobes of sea urchin, a dollop of caviar and gold leaf flakes on top. 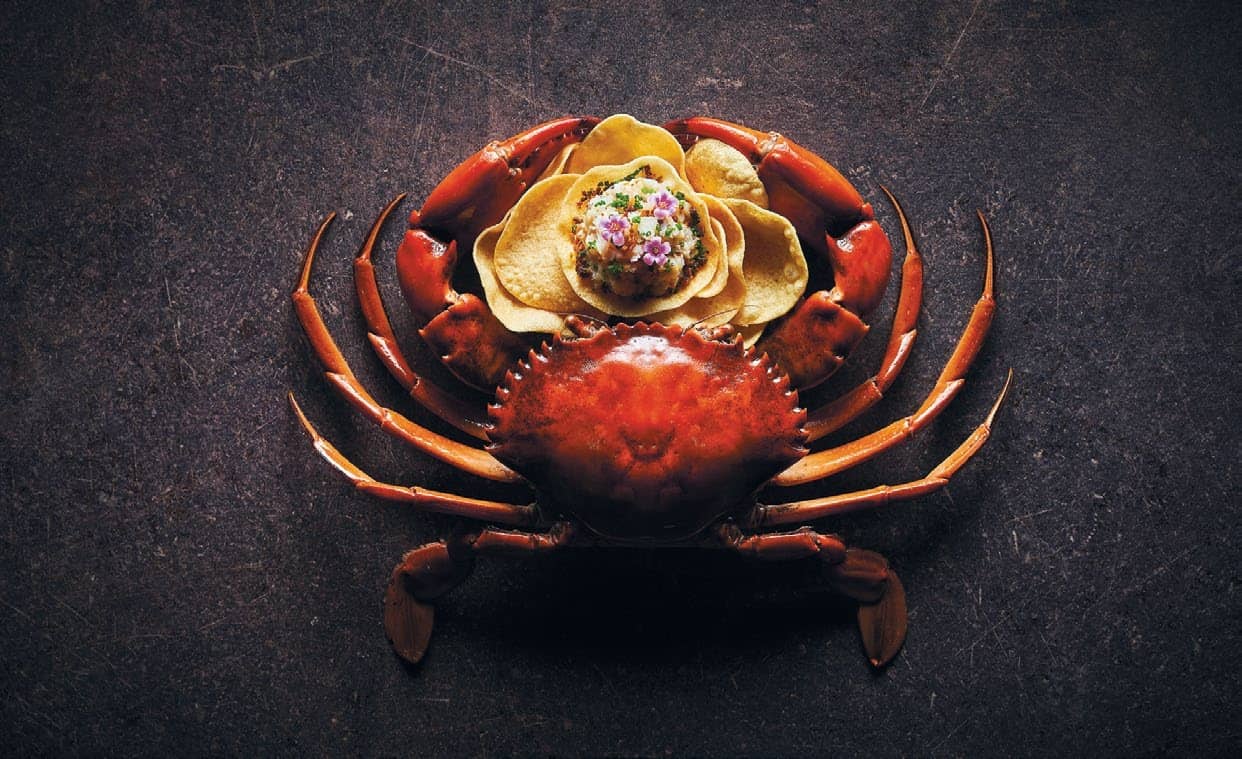 David Thien has got his work cut out for him as executive chef at the one Michelin-starred, now for four years running, Corner House. He debuts what he calls “FrenchAsian cuisine without shackles”, something he’s refined over the Circuit Breaker, as he takes the baton from former chef, Jason Tan, and the latter’s gastro-botanica fare.

Born in Bordeaux to parents of mixed heritage, he came to Singapore in 2007 after paying his dues at various fine dining restaurants including Châteaux Cordeillan Bages under the tutelage of the decorated chef, Thierry Marx. He then went on to manage hotel restaurants the likes of L’Atelier de Joël Robuchon at Resorts World Sentosa and tried his hand at consultancy work for Straits Clan and Refinery Concepts. 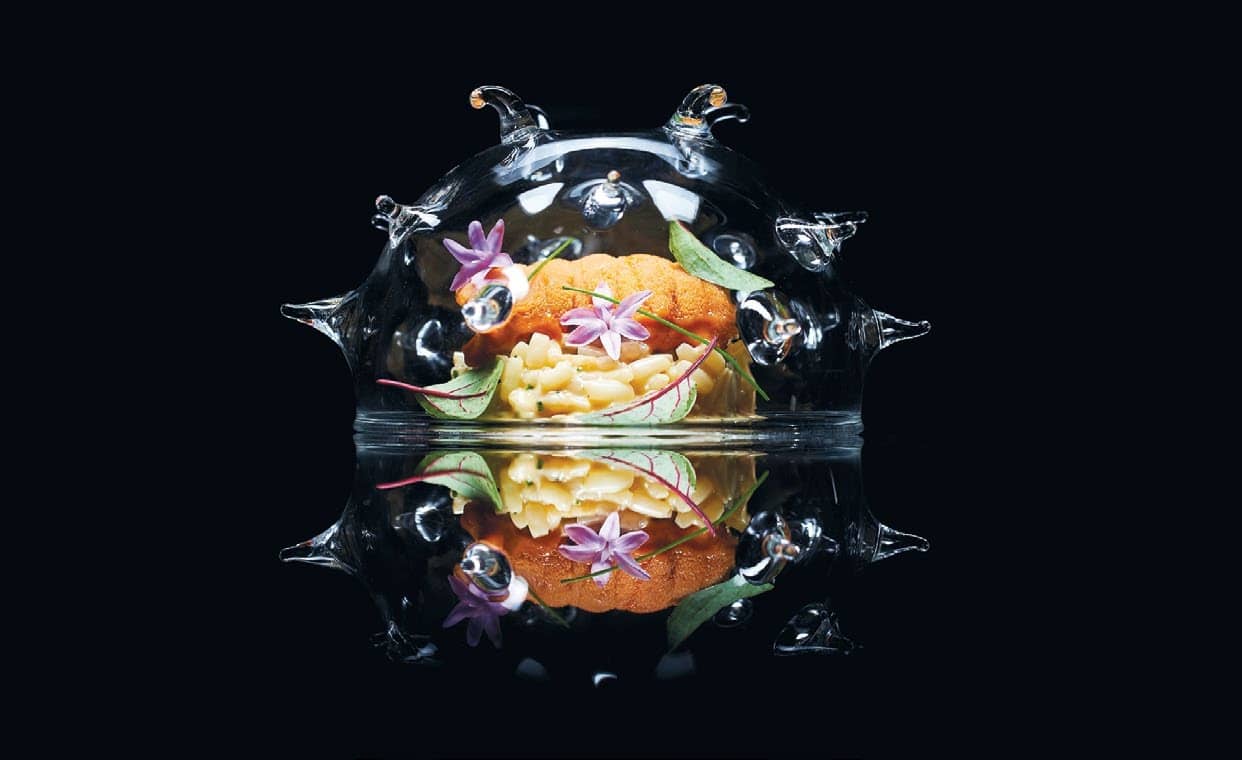 Thien’s colourful curriculum vitae and French-ChineseCreole ethnicity culminates with his reimagining of Asian flavours and French sensibility. It’s a menu that evokes his enthusiasm for local food and pulls no punches when it comes to heat or spice, evidenced by the three canapes; a nod to poppadum, larb and otah in their full piquant glory.

It’s a pretty high bar to begin with but he lures us back with the next few, decidedly mellow, courses. His achar-inspired appetiser removes some of the heat from the previous dish with crunchy pickled vegetables, pickled juice granita and cured hamachi. While P’tit L’ail, the creole name for chives, pays tribute to his childhood meal and has a smooth koo chye sauce that brings together strips of hor fun and Hokkaido scallops.