Go With The Grain 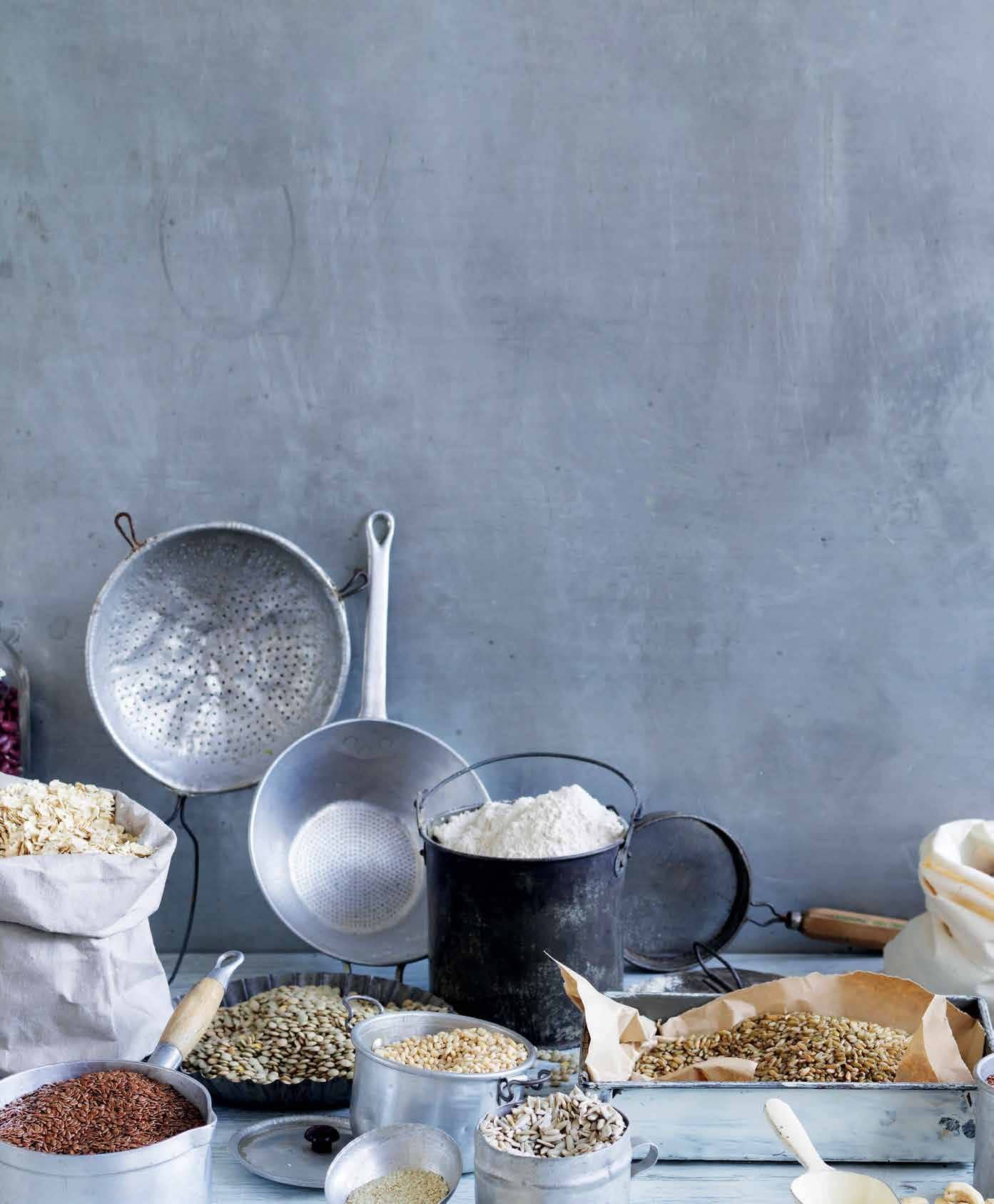 From freekeh to quinoa, the range of grains available can be overwhelming! Let us decode the grain aisle for you.

Grains are among the oldest of all human foods; it’s believed that grains were the first plants mankind learned to cultivate, around 10,000 years ago in the Neolithic period. Wheat and barley, both types of grass that still grow wild profusely in the Middle East, were the first crops cultivated. Growing them ensured communities had consistent food supplies and ultimately led to the organising of society into permanent settlements based around plots of crops.

Today, there’s not a cuisine that doesn’t feature some type of grain. From Scottish oats, Italian polenta, to Turkish burghul (a form of cracked wheat), to all the world’s rices and the hominy of the Americas, grains are fundamental to all food cultures. Without wheat, for example, we wouldn’t have bread, pasta, couscous, semolina, flour tortillas and so many other good and delicious things. Imagine the world with no rice. It grows in varieties as varied as black, brown, basmati, arborio, long grain, jasmine and red. It’s not only the perfect accompaniment to curries, stir−fries, stews and the like, but gives us dishes like risotto, paella, pilaf and pudding, where rice shines as the main feature.

Grains, always on hand in a well−stocked pantry are kitchen staples; they keep well, they meld with so many different flavours and they bring nourishing substance to the table.

Keep a supply of healthy wholegrains like barley, oats, burghul, quinoa, freekeh, farro as well as a variety of rice such as brown, black and red.

Grains are staple foods of a majority of diverse cultures around the world, and have been for about 10,000 years. But in today’s era of ‘carbophobia’ grains are often unfairly labelled as ‘carbs’ and considered fattening. You might be surprised to learn that the breads and cereals’ group were the second most important source of protein in the Australian diet in our last nutrition survey. They were also the largest source of fibre, thiamin, magnesium and iron. Eat a variety of whole grains such as barley, brown rice, freekeh, oats, rye or the ancient grains spelt and kamut.

WHAT IS A WHOLEGRAIN?

Wholegrains contain all three parts of the grain kernel — the bran, germ and endosperm. Whereas the process used to make white flour removes the outer layers and only the starchy centre, the endosperm, is used. Unfortunately this process removes a large percentage of the grain nutrients and phytochemicals, along with the fibre. The end result is a refined starch product that inevitably has a high GI.

MORE STORIES FROM THE AUSTRALIAN WOMEN'S WEEKLY FOODView All