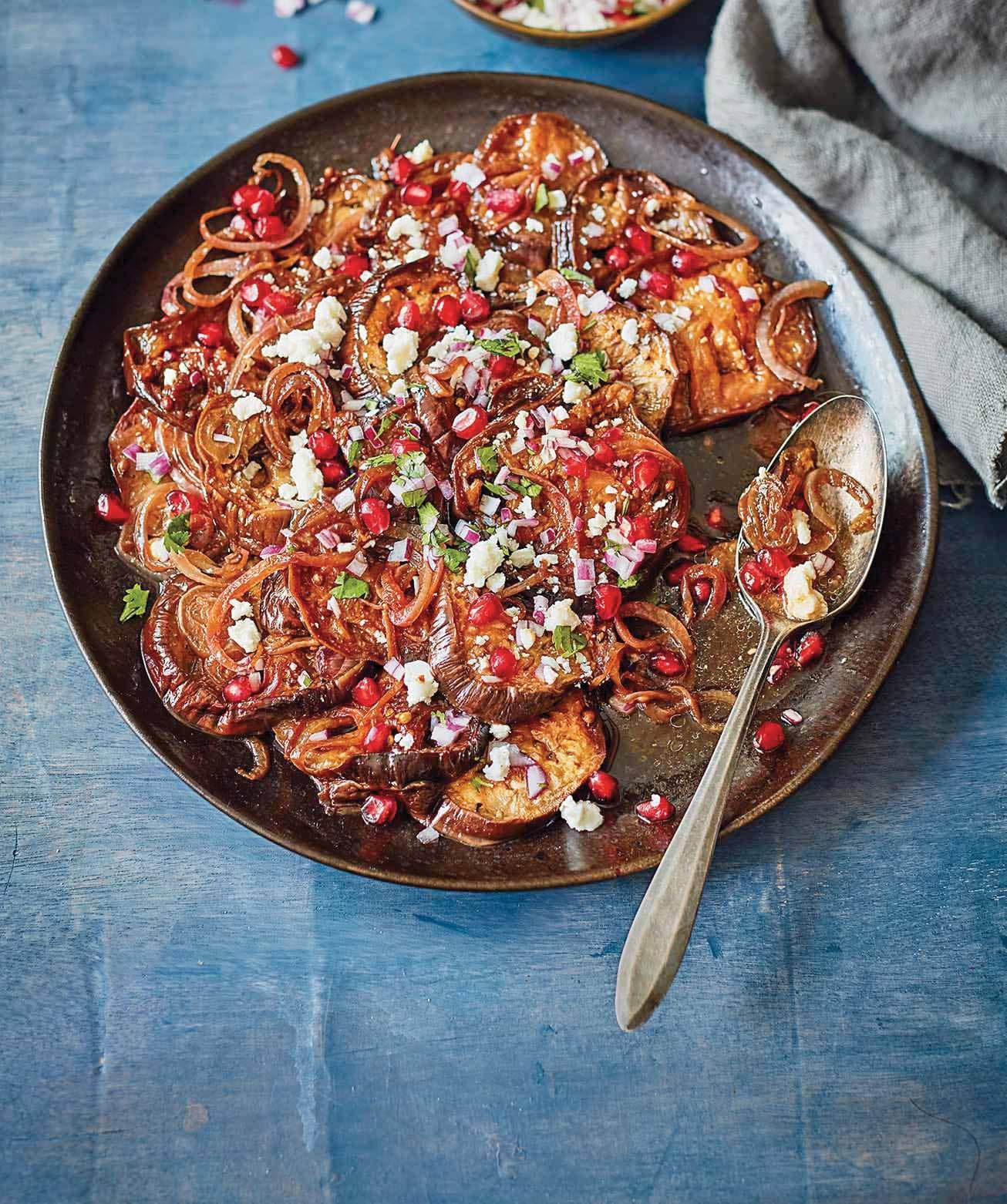 Low-maintenance and hassle-free, slow cookers are perfect for summer cooking because unlike ovens they don’t heat up the kitchen

A salad in a slow cooker? Once you’ve seen how easy it is to get squishy, soft aubergines without slaving over a griddle or risking tong burns over an open flame, you’ll make this again and again. Have for lunch with a handful of salad leaves, dinner with greek yogurt and grains, or enjoy as part of a meze.

• Heat the slow cooker to low. Whisk together the oil, pomegranate molasses, honey, coriander seeds and black pepper. Slice the aubergines into 1cm-thick rounds and, working quickly, brush both sides of each slice with some of the oily dressing before layering up in the slow cooker with the sliced onion. Alternate layers of aubergine and onion, packing the aubergines evenly but snugly until all the slices have been used.

• Drizzle the remaining dressing all over the top, then cover with a clean tea towel before adding the lid. Cook for 5 hours until the aubergines are super-soft. 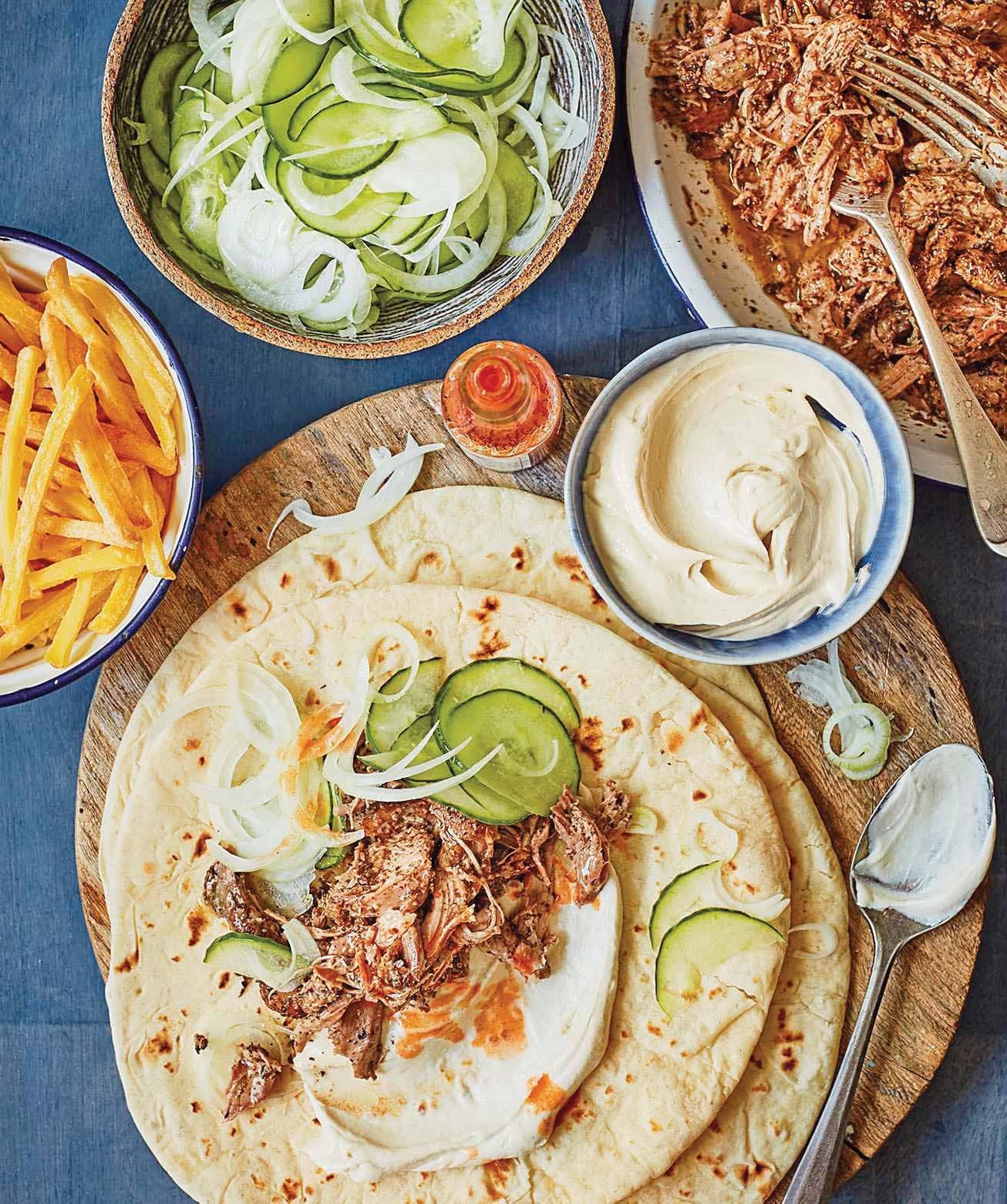 These gyros swap the traditional spit-roasted meat for pull-apart shredded lamb and a moreish garlicky sauce.

• Whisk together the vinegar, oil, dried herbs, garlic granules, cinnamon and pepper. Put the lamb shoulder in a dish or sturdy food bag, pour over the marinade and make sure all the meat is covered. Marinate for at least an hour, but ideally overnight.